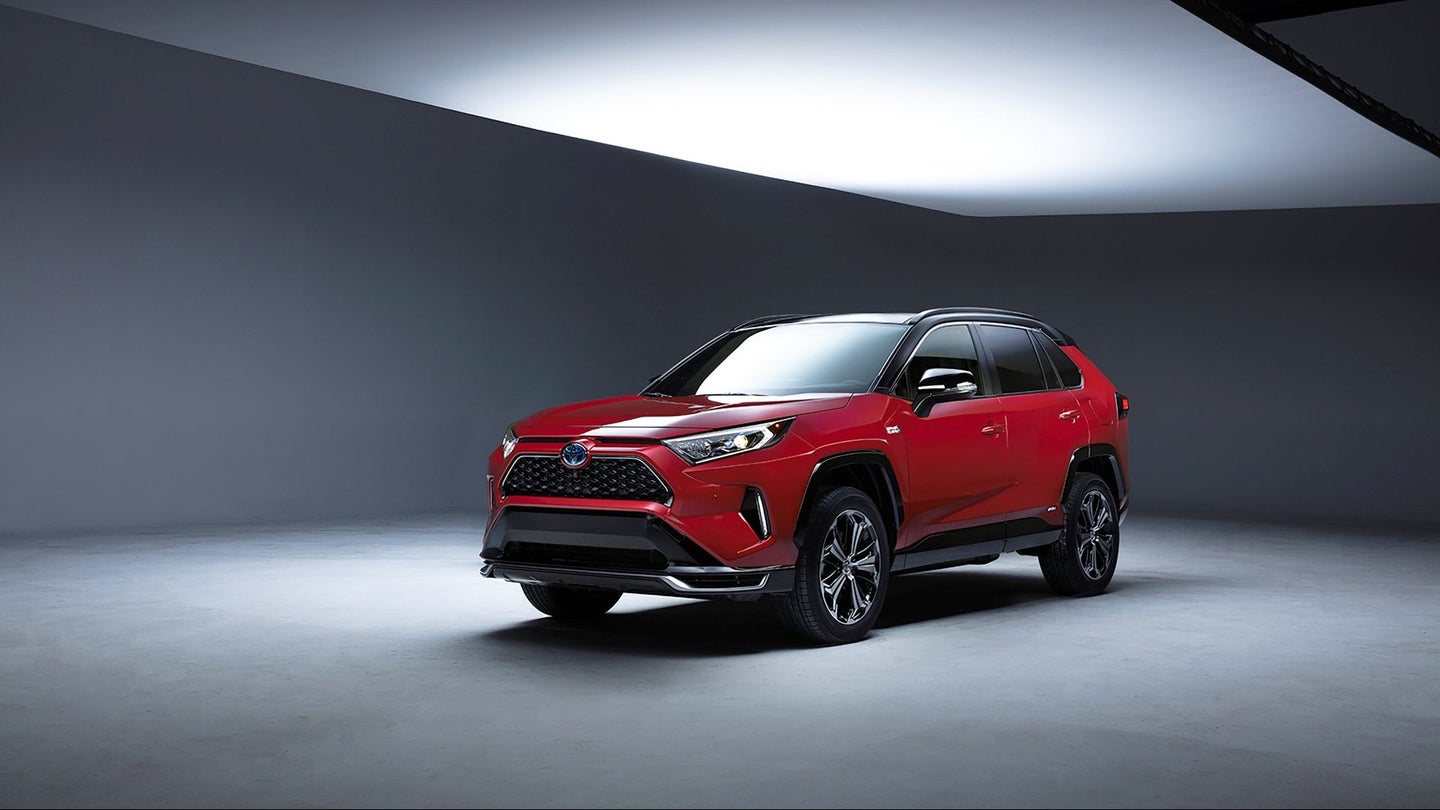 New for the 2021 model year, Toyota has announced a plug-in hybrid variant for its hot-selling RAV4 compact crossover. It'll be the brand's second plug-in model after the Prius Prime and make its full debut at November's Los Angeles Auto Show.

The RAV4 plug-in will be the most powerful variant yet, displacing the current 219-horsepower Hybrid model kingpin. The company says the plug-in version will "be celebrated by its spirited acceleration, nimble handling, and impeccable style." Style highlighted by a new-for-RAV4 Supersonic Red paint option already seen on the aforementioned Prius Prime and certain trims of Camry and Avalon. As for why Toyota chose the RAV4 for its sophomore plug-in outing, one only needs to take a gander at the crossover's sales.

"We're really going all-in on plug-in technology," said Keisuke Kirimoto, Toyota's vice president of product and global communications, to The Drive at the automaker's recent Mirai reveal event. "What better car to do it than the RAV4? It's our best seller. It sells better than the Camry."

In the first half of 2019, Toyota sold a little over 200,000 RAV4s and 176,000 Camrys in America. While it doesn't sound like anything is set in stone just yet, Toyota Corporate Strategy and Planning Boss Doug Murtha says the plug-in RAV4 will primarily be built in Japan rather than Kentucky like the rest of the RAV4 range. Aside from that, details are scarce.

Historically, the RAV4 has been no stranger to electrification. The first and third generations of the Toyota crossover were the bases of a pair of largely experimental RAV4 EVs, the latter of which was created in cooperation with a little company called Tesla. Could the current, fifth-gen RAV be the subject of a new all-electric Toyota crossover? We never like to say never but also wouldn't hold our breath. The company told the press that while BEV technology is now technically viable, it isn't quite ready for primetime yet, commercially speaking.

Android Auto and Apple CarPlay are standard on every 2020 4Runner, as is Toyota’s extensive active safety suite.