Finally, a Way to Make a Toyota RAV4 Interesting 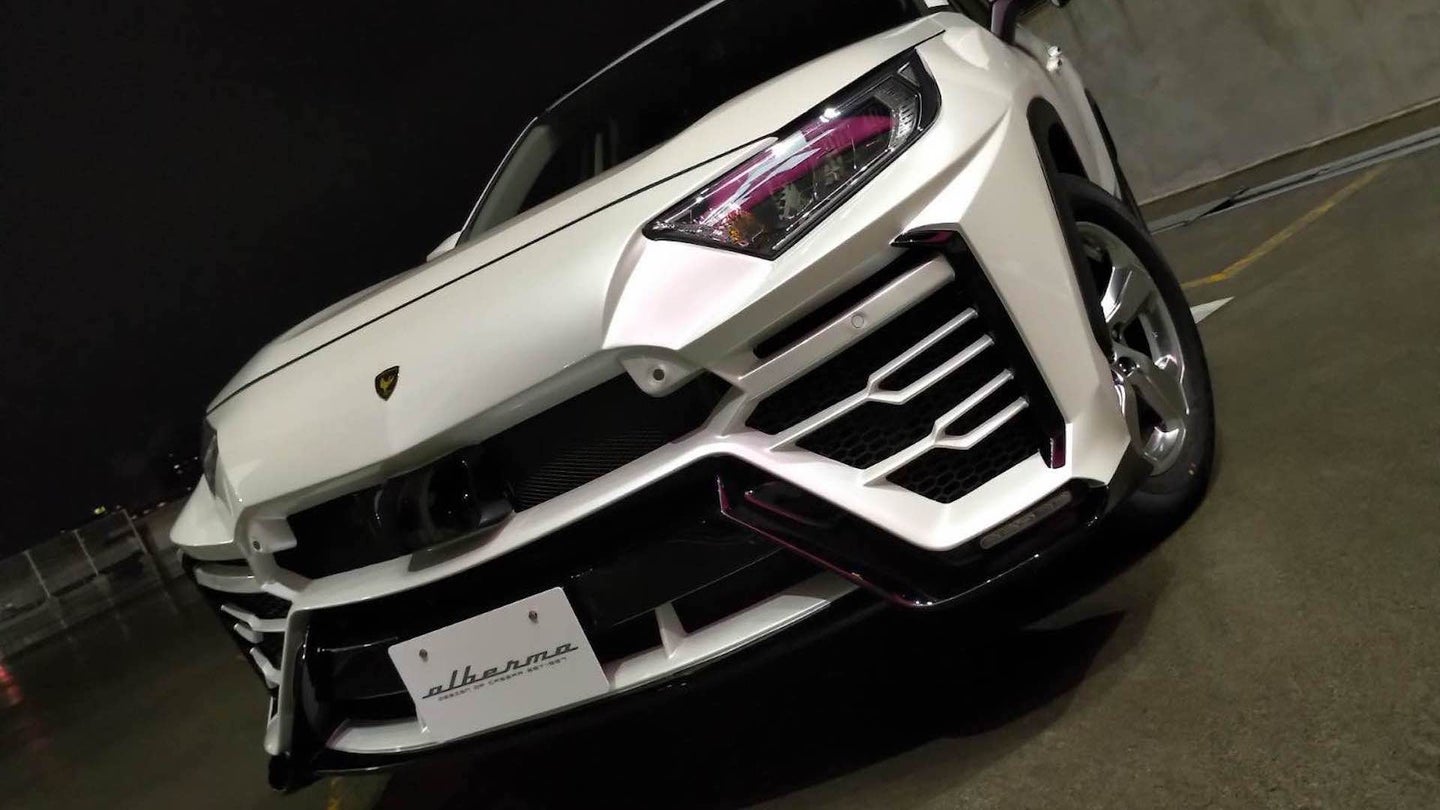 Owing to their looks, performance, and for most, their unattainability, exotic vehicles tend to be treated by the car community as sacrosanct—as something so special that's not to be disrespected by mimicry. Less reverence, however, is offered to the Lamborghini Urus, which some see as a dilution of the brand. If there were a perfect way to poke fun at the Lamborghini that shouldn't exist, it'd be to graft its visage onto a lesser crossover. Japanese body kit manufacturer Albermo seems to be with us on that front because it has done just that with its "XR51" body kit for the current Toyota RAV4.

Starting at just ¥138,000 ($1,300) for the unpainted front bumper, which fits perfectly over the RAV4's factory headlights, Albermo's XR51 kit makes this crossover look enough like a Lamborghini that it might fool a few people if badged as one, even if you don't splurge on the entire kit. An extra $75 can get you a version of the bumper with optional, Lamborghini-like honeycomb mesh, while about another $735 can add an Urus-style rear spoiler, and for $150 more, chrome door handle highlights. All in, you're looking at ¥240,000 for the whole kit, which comes to about $2,260 at current exchange rates.

Granted, it'd cost a heck of a lot more to get this kit actually installed on a RAV4. You'd still need to ship it over from Japan and pay a pro to do the paint and installation work. Altogether, the job could easily spiral to $10,000 or more, and that's not the kind of money most people are willing to spend modifying an ordinary family hauler. There's an argument to be made that the upcoming 2021 RAV4 Prime—which'll do zero-to-60 in 5.8 seconds—is worthy of the treatment, though if you disagree, save your ire for Albermo's other supercar-inspired body kit, the SP42. It applies a Ferrari Portofino mask to a Toyota Prius, and we know how the Prius makes some people feel.

The Toyota Supra Isn’t Getting Android Auto, Unlike the BMW It’s Based On

According to Toyota customer feedback, however, it isn’t a huge deal.