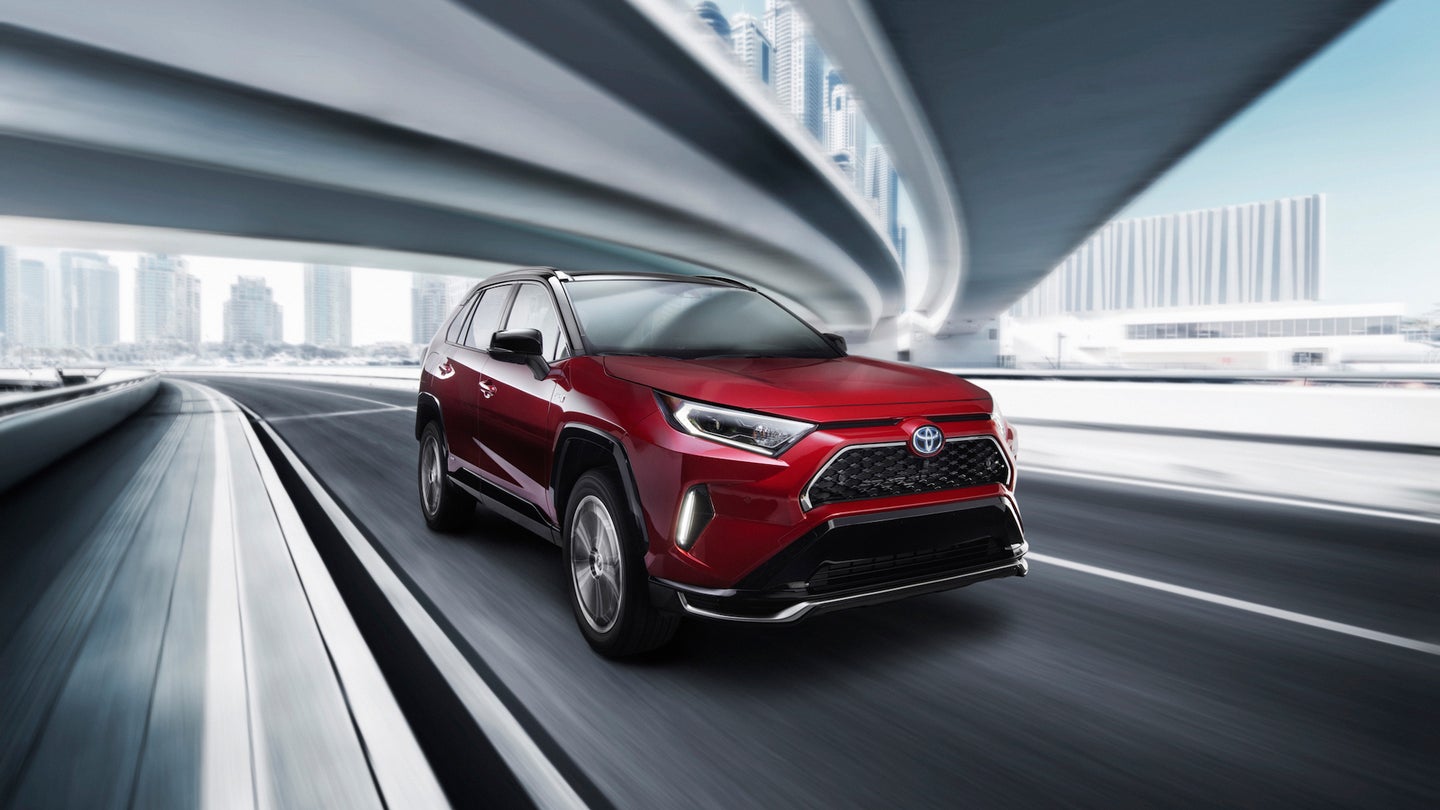 How much would you pay for a 2021 Toyota RAV4? Whatever that number is, we’re guessing it’s nowhere near $10,000 over MSRP. Sure—a RAV4 Prime with 302 horsepower, all-wheel-drive and 94 MPGe sounds great, but it's not like this is some super SUV. The hotly anticipated plug-in hybrid crossover will be in somewhat limited supply for its first year on the market, and because of that, some dealers are taking advantage and jacking prices sky-high.

A recent post to the Askcarsales subreddit claims that at least one dealer has marked up the new Toyota by as much as $10,300, and another thread on the RAV4World forum tells of similar tales. Given the model's actual starting price of $39,200, that lands it in 4Runner TRD Pro territory and while the RAV4 Prime is nice, it ain't that nice.

Toyota announced that its U.S. delivery estimates for the 2021 Prime would be held to just 5,000 units, so limited supply and high demand mean that deals will be few and far in between. That's understandable, but slapping a price that's 25 percent above MSRP is more than a little ridiculous. A $7,500 tax credit can be applied in some cases, but a greedy dealer can wipe out those savings entirely.

Though the Prime variant is undoubtedly nice, anyone who pays over sticker must really want one. Production numbers are rumored to nearly quadruple for the following model year, making this pricing conundrum even more puzzling.

For now, it appears that getting your hands on a top-shelf RAV4 Prime will either be an exercise in futility or an exercise in poor financial judgment, and neither of those are good looks when car buying. If you’re really itching to get ahold of one, there are some to be had, but keep in mind that paying a markup just makes the resale numbers even worse after a few years of depreciation.