Could these automatic emergency braking systems be causing dangerous situations rather than avoiding them? 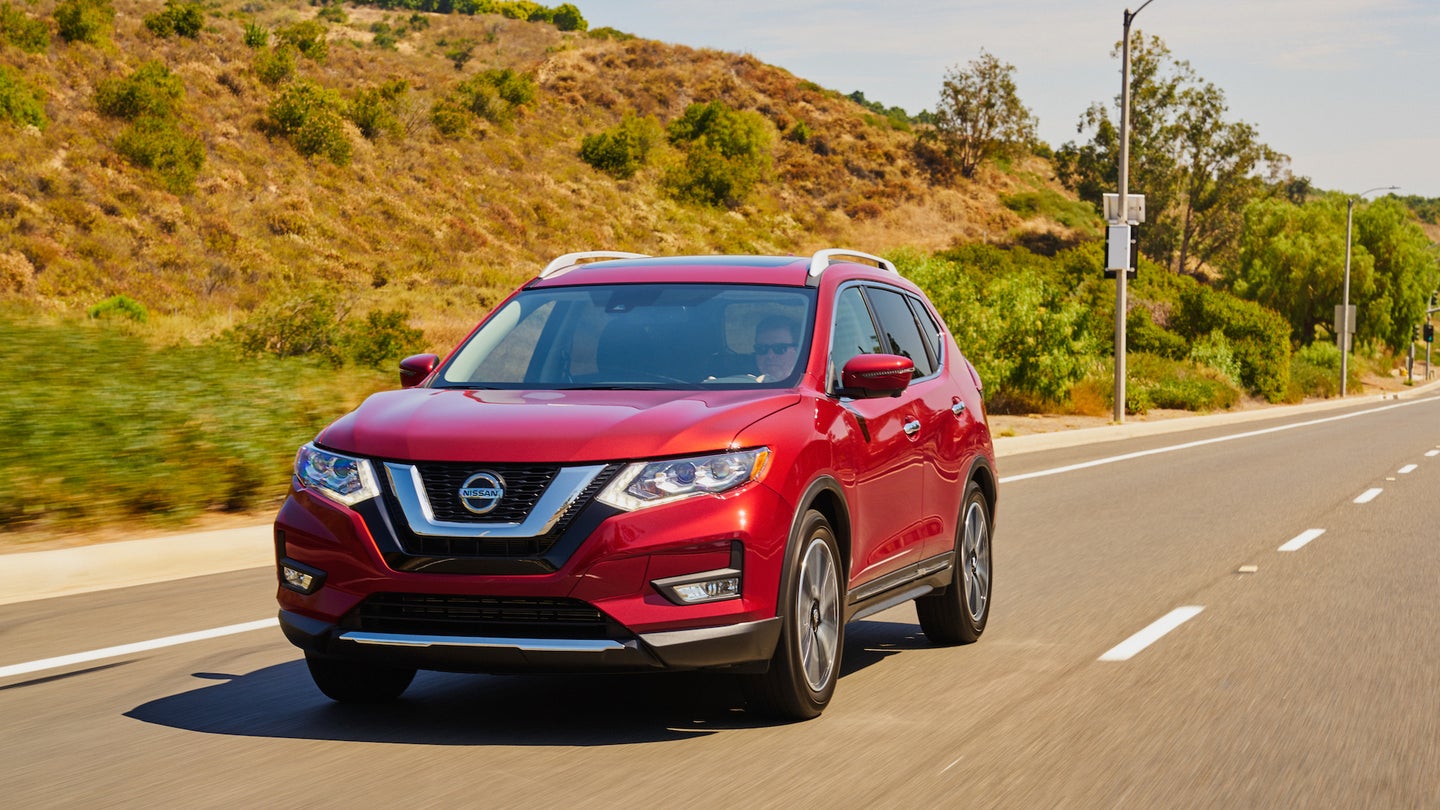 Hundreds of Nissan Rogue owners are reportedly experiencing issues with their cars' automatic emergency braking (AEB) systems that raise questions about how much safer tech-laden modern vehicles really are.

According to Automotive News, over 800 drivers of model year 2017 and 2018 Rogues have filed complaints about the crossover's AEB system with the National Highway Traffic Safety Administration (NHTSA). The NHTSA received its most recent report on Oct. 7, filed by a New York-based owner of a 2018 Rogue.

I was driving to work this morning at 6:25 a.m. about 35 mph on a major road, not highway, when the automatic vehicle brakes stopped the car suddenly. The brakes showed up in the display. There was nothing in front of me, clear road, no rain. I was shaken up a bit, the brakes released.

Reports of faulty AEB systems have increased as the technology has become more prevalent, with multiple automakers pledging to standardize the equipment across their lineups. Accordingly, Nissan isn't the only automaker facing issues with AEB tech, whose problems encompass both false positives like those reported by late-model Rogue owners and those at the opposite end of the spectrum: failure to activate. The BMW X1 crossover served as an example of the latter in a recent Insurance Institute for Highway Safety (IIHS) pedestrian braking test; where the CUV ran over the dummy used for the test.

Notoriously tech-forward Tesla has also been the subject of complaints regarding its AEB tech, with both false positives and failures to stop in braking tests pestering the California-based automaker.

"Nissan is committed to the safety and security of our customers and their passengers. Nissan has investigated this issue extensively and, in consultation with NHTSA, launched field actions notifying affected customers of a software update that improves model year 17-18 Rogue AEB/FEB system performance," stated a Nissan spokesperson in an email to The Drive.

"Customers are invited to bring their vehicle to an authorized Nissan dealership where the update will be applied at no cost to the customer. As always, Nissan will continue to work collaboratively with NHTSA on all matters of product safety."