In the next two years, Ford will stop selling any car not named Mustang in North America, putting a lot of pressure on the company’s other vehicles to pick up the slack. Outside of the F-Series pickup industrial complex, there are six crossovers in Ford’s catalog, two of which are entering a new generation for the 2020 model year: the venerable Ford Explorer and the plucky Ford Escape

The 2020 Ford Escape might not pack any paradigm shifts like the Explorer going back to rear-wheel drive, but the compact CUV is still completely new down to the nuts and bolts. Styling is significantly sleeker, available powertrains now include a plug-in hybrid—and critically in this competitive segment, Ford's tossed in key technology upgrades including a standard driver-assistance safety suite for every Escape trim and optional goodies like a heads-up display.

To get a feel for how all that new tech performs in the real world, we trekked to Louisville, Kentucky and ran several 2020 Escape trims through the heart of bourbon country. There are tons of engineering changes in this new generation that improve the overall driving experience; Ford's small crossover is newly agile, comfortable, and remarkably thrifty on fuel with the hybrid powertrain. But it might be the technological gains that most drivers notice first, even if some are less than graceful in execution.

Upgrades to the Escape's tech range from driver convenience to infotainment to safety. Here's a rundown of the biggest new standard and available features:

Available with the Titanium Premium Package, the Escape’s optional heads-up display shows the vehicle’s speed, navigation directions, driver-assist status, and incoming call information. It’s a bit different than the usual system where the image is projected up onto the windshield from a dash-mounted screen. Instead, the Escape's HUD is a six-inch, transparent screen that pops up from the dash in front of the driver. It can be raised and lowered through a gauge cluster menu.

Though the pop-up display is kind of nifty and gets the job done, the extra hardware is a bit of a distraction from the road. It's especially noticeable when visibility is already at a premium, like when you're cresting a steep hill. Screen positioning isn't as dynamic as a window projection, so tall and short drivers will just have to look at it at an angle. Probably the biggest plus is that it's still legible through polarized sunglasses or when viewed in direct light.

Ford designed a new eight-speed automatic gearbox for EcoBoost-equipped Escape models. To highlight the new transmission, the standard automatic gear shift knob has been changed to the rotary dial seen in its other SUVs. It’s an adjustment for anyone used to grabbing a normal automatic gear lever, but operation is straightforward and it cleans up the center console nicely.

All Escape models now come with different driving modes to match changing road conditions. Normal, Eco, Sport, Slippery, Sand, and Snow modes all alter traction control, throttle response, and transmission mapping to maximize traction and handling for the given environment. It’s worth noting that there are no adaptive dampers or suspension changes—these are all powertrain and traction control adjustments.

The Escape Titanium now comes with a 12.3-inch digital gauge cluster. It’s the same unit seen in the newest Mustang and Explorer, and can be configured to show different vehicle performance metrics and trip information. It's a bright and colorful screen, and all relevant information is easily visible around the digital speedometer and tachometer. When selecting a different driving mode, the display changes to reflect the new setting with a little animation. Complaining about the loss of analog gauges these days is like mourning the decline of prop planes in the jet age, but it's fair to say those animations are too much, slow and distracting when the vehicle is in motion.

Escape SE and above trims get a new eight-inch infotainment screen mounted tablet-style to the dash. It’s a multi-touch capable unit, so pinch-to-zoom works with maps and overall performance is lightning fast. Ford’s super-quick SYNC 3 infotainment software on board brings Apple CarPlay/Android Auto, Amazon Alexa capability, and Waze navigation. These models also come with FordPass Connect, which uses a smartphone app to give users the ability to remotely start, lock/unlock, locate, and diagnose problems with their Escape.

The SE trim and above also comes with a 4G LTE hotspot with capacity for up to 10 devices and a range of 50 feet, up to four USB ports (USB-A and USB-C), and two 12V sockets. The Escape Titanium comes with a 10-speaker B&O Play Premium sound system and shares infotainment details from the center screen in its digital gauge cluster.

A hybrid powertrain option makes its way back to the Escape line for the first time since the option was discontinued with the introduction of the crossover’s second generation models. The new 2.5-liter Atkinson-cycle hybrid setup is joined by an upcoming plug-in hybrid option that can run for up to 30 miles in electric-only mode. Ford says the hybrid Escape will make 200 horsepower and be capable of an 85 mph top speed in electric-only mode.

The hybrid Escape will get its own trim level in the SE Sport, but the plug-in hybrid will be available for the SE, SEL, and Titanium trims.

Co-Pilot360 is Ford’s grouping of advanced driver assistance systems, much like Honda Sensing or Toyota Safety Sense, and it’s standard on every Escape for 2020. It provides automatic emergency braking with pedestrian detection, blind spot monitors, a lane-keeping system, post-collision braking, automatic high beams, and a backup camera. But unlike the CR-V or RAV-4, adaptive cruise control with stop-and-go remains a tiered option available on the slightly fancier Escape SE's Co-Pilot360 Assist setup.

Moving further up, the top Titanium trim as Assist+ with active parking assist, lane centering, and reverse parking aids. In this model, the Active Park Assist 2.0 can help drivers find a parking spot when activated. Once the vehicle finds an opening it likes, the driver can shift into neutral, release the brakes, and the Escape will park itself. This feature is a step up from the Enhanced Active Park Assist system Ford already offers in several of its models, which requires the driver to operate the gas and brakes while the vehicle steers itself.

In an extended period of rush hour traffic, the 2020 Escape Titanium's Co-Pilot360 Assist+ (that's a mouthful) proved to be a decent co-pilot on the path toward a semi-autonomous future. The centerpiece of the system is the combination of adaptive cruise control and lane centering to compete with the Nissan Rogue's ProPilot Assist, theoretically reducing driver involvement on the highway to a light tug on the wheel every now and then.

In very crowded traffic, the Escape felt on-edge with the system active, braking and accelerating in rapid succession while trying to sense the other vehicles moving around it. There were a few times that the system deactivated itself as one set of road markings disappeared at highway exits, though there was very little wandering within the lane itself. Similarly, the adaptive cruise stopped itself in traffic without fail, though the final distance between you and the car in front is a little close for comfort at first.

Gas-powered 2020 Escape models will go on sale this fall, while versions with the new hybrid and plug-in hybrid powertrains will land sometime next spring. The base Escape S starts at $24,885 before destination and the range-topping Titanium trim has a starting price of $33,400. At the end of the day, the Escape’s new tech and safety features make it more than competitive in the ultra-crowded compact crossover space. It’s funny to think about a $40,000 vehicle as being a good value, but the fully-loaded Escape Titanium lines up with mainstays like the RAV4 Limited on price while adding clever features the Toyota can't quite match. 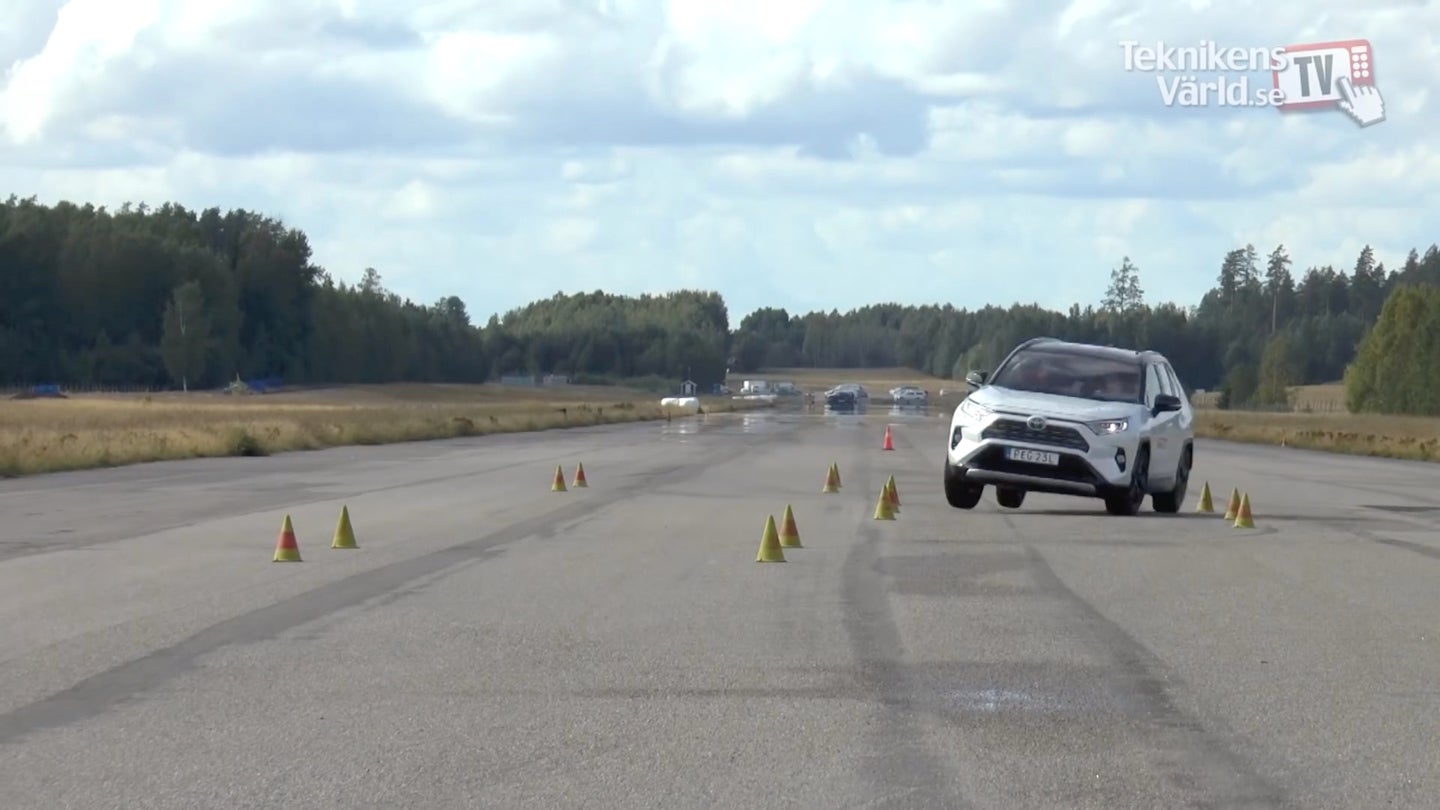 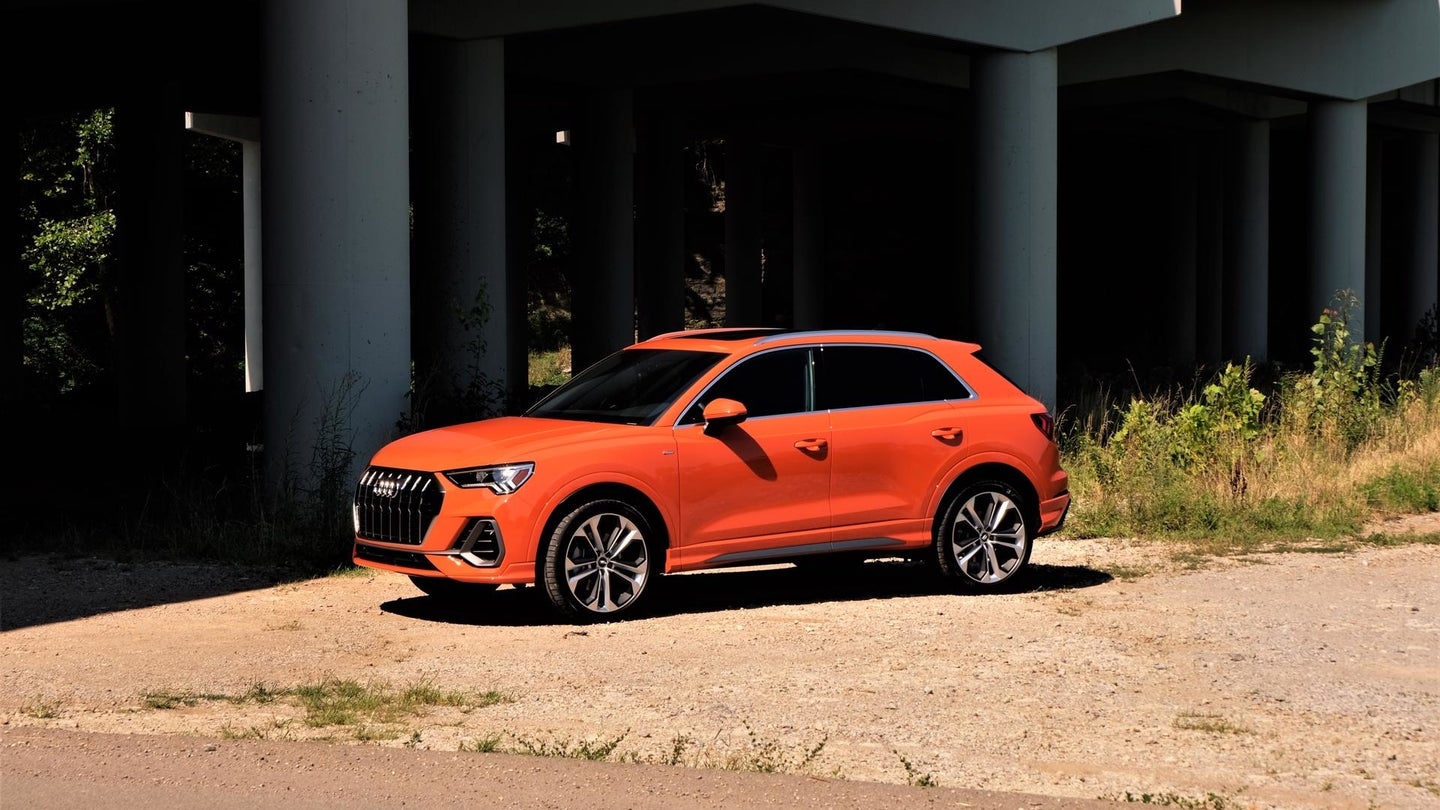 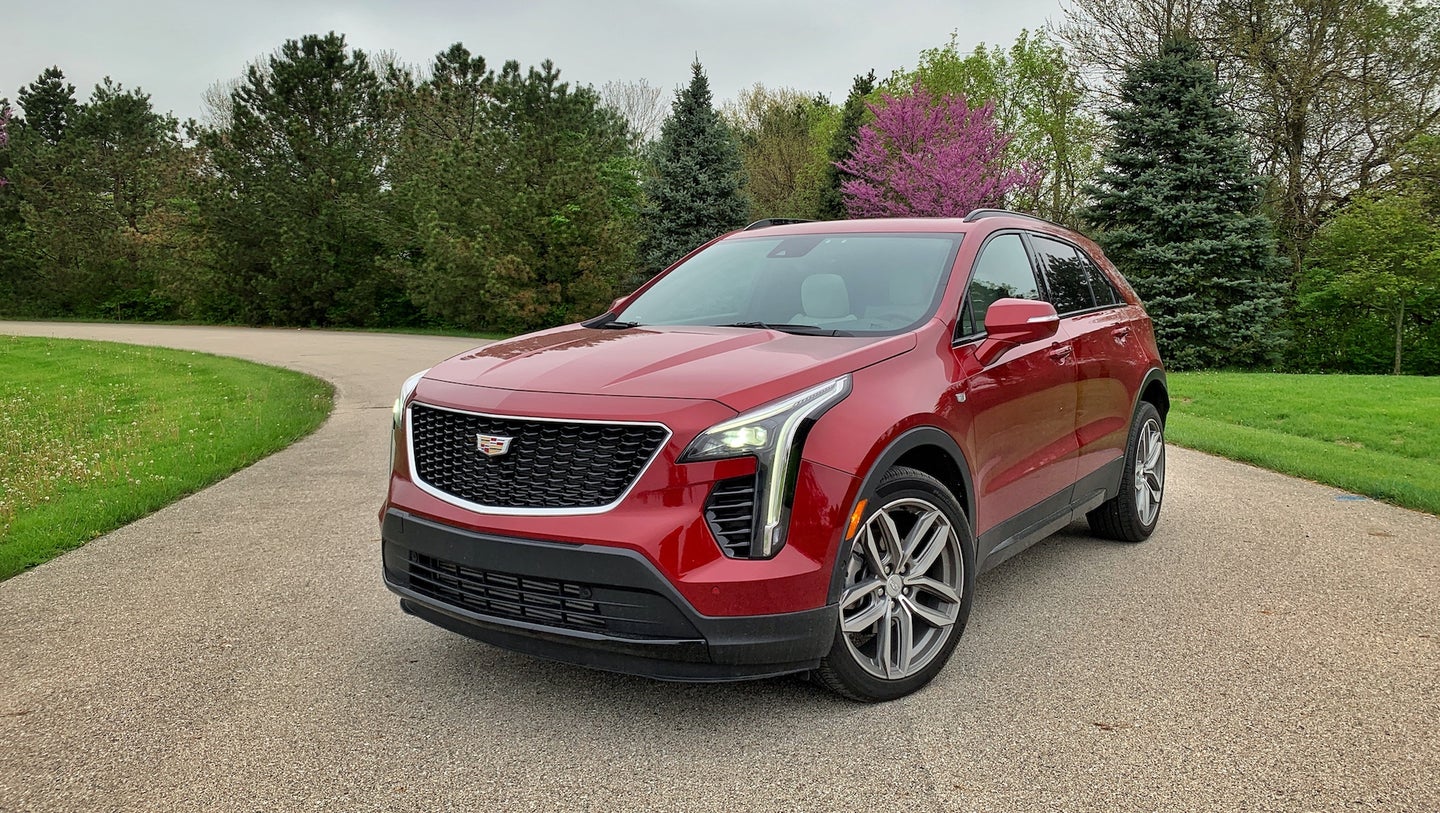