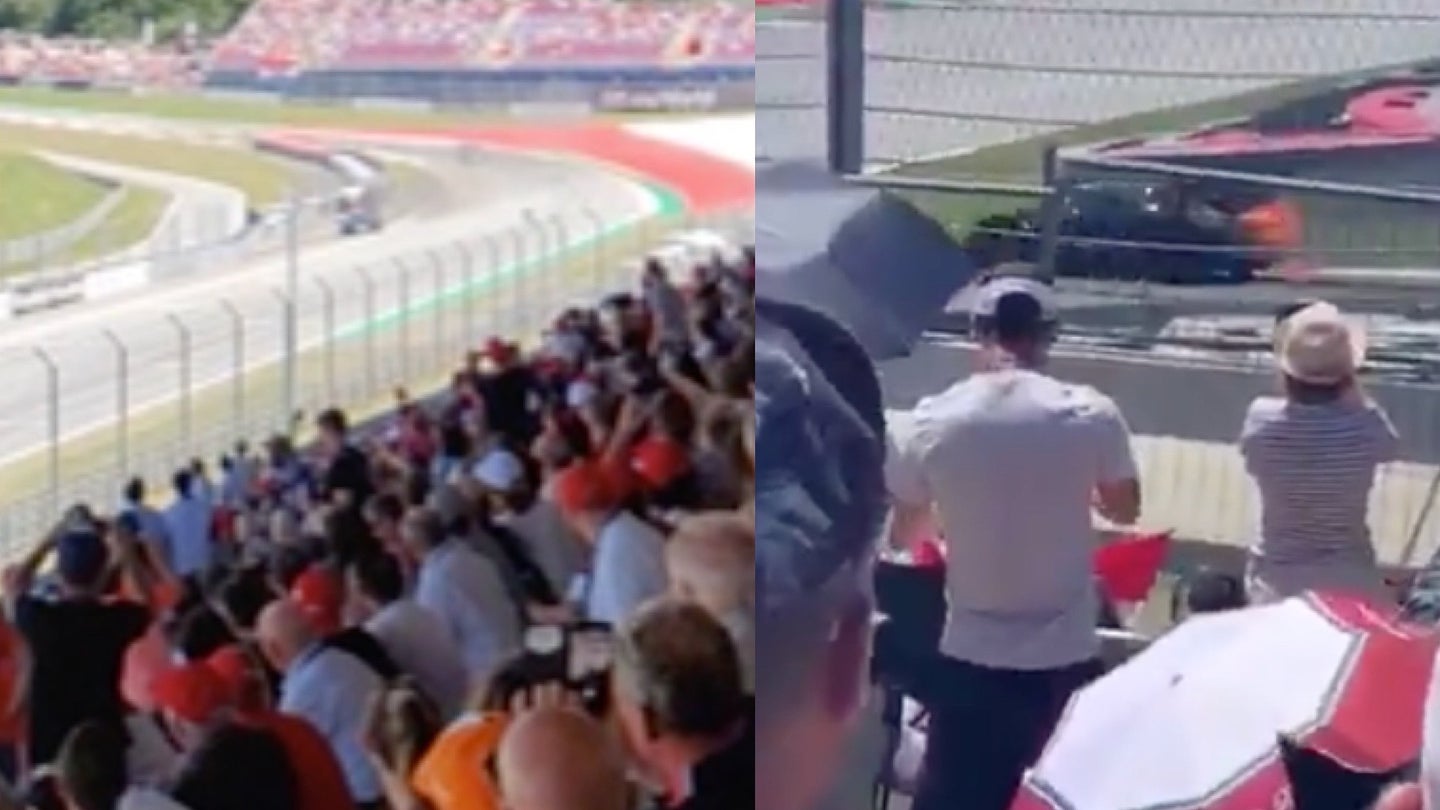 Sunday morning prior to the Formula 1 Austrian Grand Prix, two videos were posted online showing a million-dollar McLaren Senna hypercar catching fire. The footage was taken at the Red Bull Ring circuit and, from both angles, plumes of smoke and even flames can be seen billowing out the back of the ultra-performance car.

The Senna, which was being piloted by former McLaren Formula 1 driver Gerhard Berger during a special on-track feature prior to this weekend's GP, was taken off the track shortly after and McLaren is currently investigating the situation.

"We are aware of the situation regarding the fire damaged McLaren Senna," a McLaren spokesperson explained to The Drive via email. "McLaren takes any issues with its cars very seriously. We are communicating directly with the customer regarding the issue and cannot speculate or comment on the incident until more information is known”

In all, this is the second high-profile Senna to catch fire in the past year. Controversial YouTuber Salomondrin’s McLaren allegedly caught fire while he was driving it in late 218 and burned to the ground in spectacular fashion.

The car itself is quite the machine. Named after a person that many consider the greatest driver in motorsport history, Ayrton Senna, the McLaren retailed for around $1 million new and reached numbers well above that price in recent auctions. The supercar’s performance is staggering for a vehicle at any price point: 789 horsepower and 590 pound-feet of torque from a twin-turbo 4.0-liter V8, and a 0-60 time of under three seconds. Rather than working with batteries and electric engines like its contemporaries, McLaren opted for brute force in the Senna.

Though the car is built to be street legal, it was designed almost exclusively for track use. The Senna’s incredible aerodynamics are said to generate over 1,700 pounds of downforce when the car is at speed, and the wizards at McLaren managed to get the car’s weight down to nearly 2,600 pounds dry.