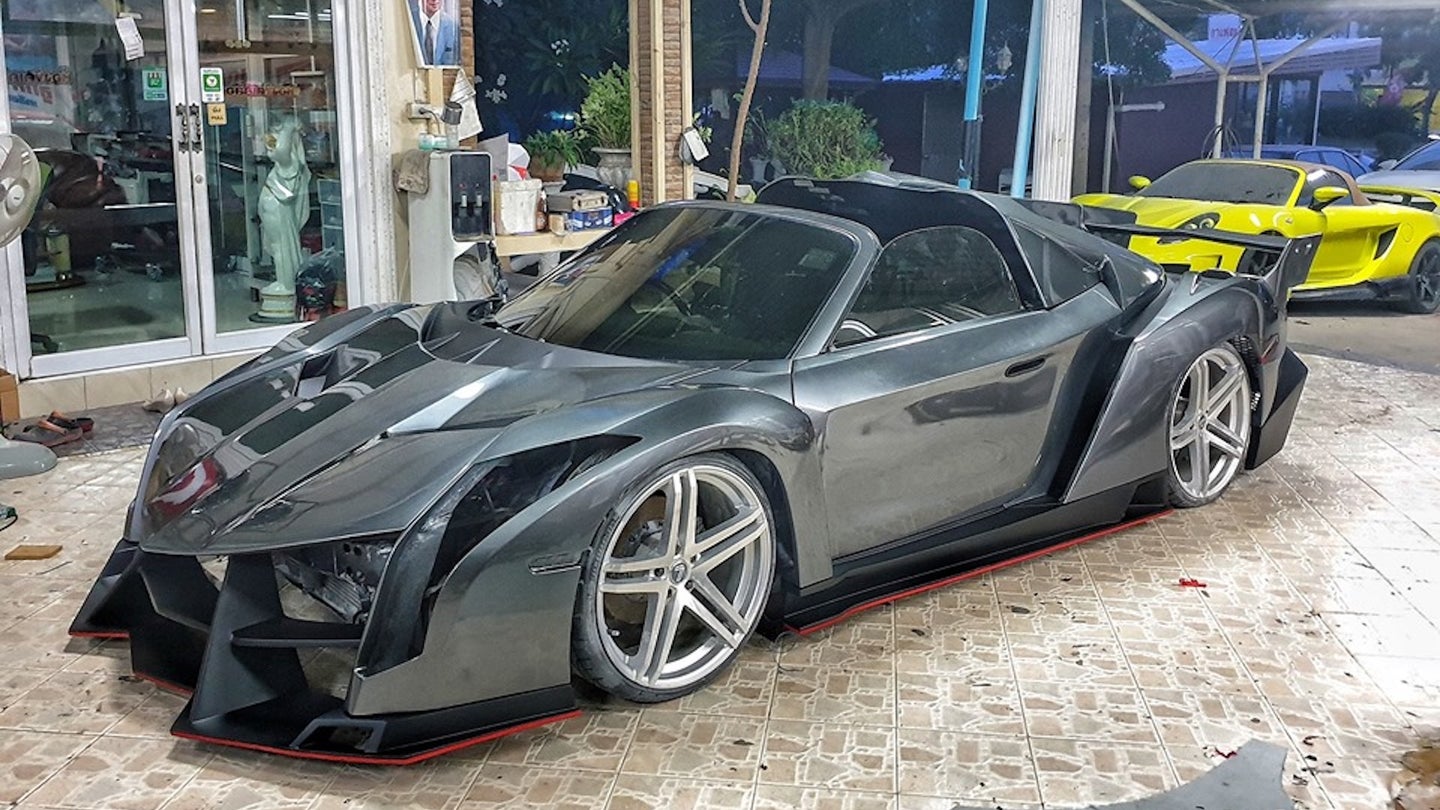 By now, you've probably seen your share of awful fake supercars. Usually, they're a case of someone trying to convey social status they don't have, often at the expense of an innocent Pontiac Fiero or Toyota MR2. That said, one shop in Thailand has made a dupercar—we're trademarking that—so auspicious that you might not shoot it for its dirty looks.

Photos of a Thai shop's knockoff Lamborghini Veneno Roadster, based on a Toyota MR2 Spyder, surfaced online Tuesday. Both being mid-engined, open-topped sports cars, it's obvious why the shop chose this Toyota as the basis for a mock Lamborghini, though their similarities end there. One was a compact convertible sports car meant to take on the Mazda Miata, while the other was a limited-production supercar of which just nine were sold, at €3,300,000 ($3.7 million) apiece.

Trying to recreate a primarily carbon fiber Lamborghini on the basis of a comparatively pedestrian Toyota, then, is a tall order. But credit to this car's builders—they did a good enough job that their Lamboyota is recognizably a copy of a Veneno, when not all supercar replicas even achieve resembling their muses. That said, there are still some shortcomings to this clone that set it apart from the original; its proportions are completely wrong, its windows aren't the right shape, and its exhaust tips are fakety fake fake.

What's more, this car's looks write a check that its performance can never cash. The Veneno gets its power from a 750-horsepower V12, whereas this generation of MR2 had just a buzzy little 1.8-liter engine, one whose pre-cats are known for clogging up. Whoever paid to have this built clearly cares more about looks than performance.

But the workmanship on this car is so good that we can't help thinking that there's a better way for its builder to use their skills. If they're up to the task of replicating one of the most complex supercar bodies every designed, why aren't they in the business of coachbuilding? If vehicles like the Aznom Atulux can get away with calling themselves luxury cars, then surely a real luxury car re-bodied in Thailand is worthy of the same title.

Keep at it, lads. Just put your effort into something more original.