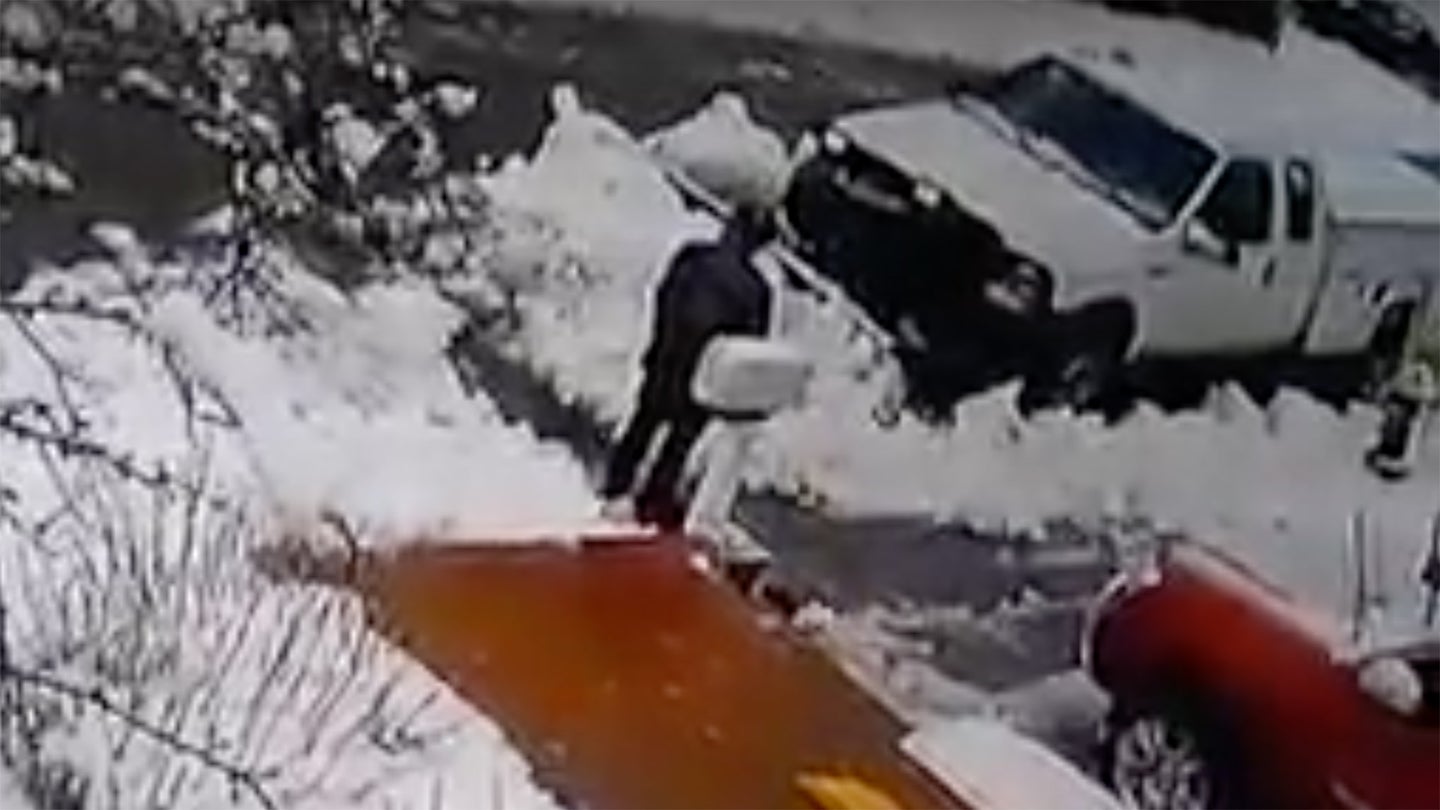 If you are spending upwards of 24 hours behind the wheel of a snow plow, it's easy to see how life might get a little frustrating . This appears to be the case in Brockton, Massachusetts, where a pair of Massholes got in an altercation as a result of snow removal.

According to reports, the snow plow driver for the City of Brockton was plowing the street while a home owner was shoveling his driveway. The home owner didn’t move out of the way for the plow, and that apparently didn’t sit well with the plow operator. Rather than say, “Hey dude, can you move so I can cleah the streets foah cahs?” the plow operator pushed a heap of snow in front of the guy’s driveway.

This didn’t sit well with the city, which later went on to fire the plow operator.

Listen, we get snow removal can be stressful for all parties involved, but people need to realize the white stuff is a common enemy and we need to work together to rid it from our streets. Unfortunately, these Massholes apparently lacked this level-headedness, leading the the plow operator (who, by the way, makes $104/hr on overtime), acted a little inappropriately.

Watch a Ford Focus RS Plow its Way Through The Snow

The 350 horsepower Focus uses its front fascia as a snowplow.