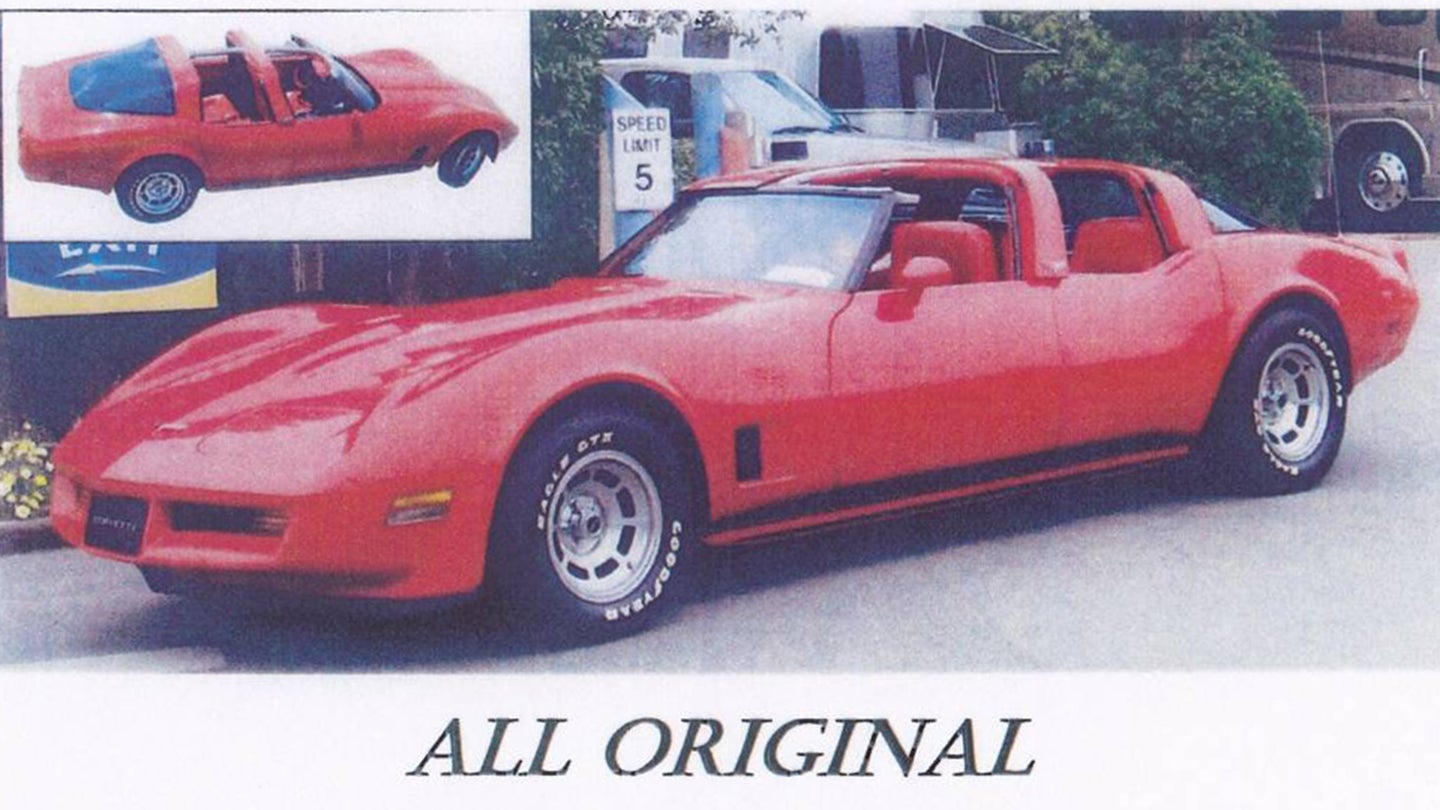 When it isn't being described as the spirit of the E39 BMW M5 brought back to life, the soon-to-be-departed Chevrolet SS is often referred to as a "four-door Corvette." It's not, obviously. But as it turns out, GM did try its hand at a 'Vette sedan back in 1980—and one of them has come up for sale on Craigslist.

The "Corvette America," as it's called, was created as a test run to explore the market for a four-seat version of America's sports car. According to the wise men over at Super Chevy, the cars were created by cutting a pair of regular 'Vette's apart across the middle and welding the two ends together, embiggening the wheelbase by 30 inches and providing room for a second row. GM built and sold a mere five production examples before giving up on the C3-based sedan, in large part because the car's $35,000 price tag was more than two and a half times that of the conventional two-door Corvette of the era. (For comparison, imagine if Chevy tried to sell a four-door C7 Stingray today for a base price of $145,000.)

The four-door Corvette, which is equipped with a 350-cubic inch V8 and an automatic, is located in Byron, California, roughly 25 miles east of Oakland. According to the poster, their car is believed to be the sole remaining example left on the road—which means it might just be worth the $275,000 asking price.

JC said he's brought the car, which he bought from its second owner in the mid-Eighties, to car shows for years. "I've showed it since 1984. It was a toy for me," he said.

The car has just 20,000 miles on it, he said, and with the exception of a few little items like tires, all the parts are original.

And as for why he's looking to part with this four-door rarity, JC's logic was simple. "I'm tired of showin' it," he said.