And, on opening night, he’s got an easter egg for the other Corvette fanboys. 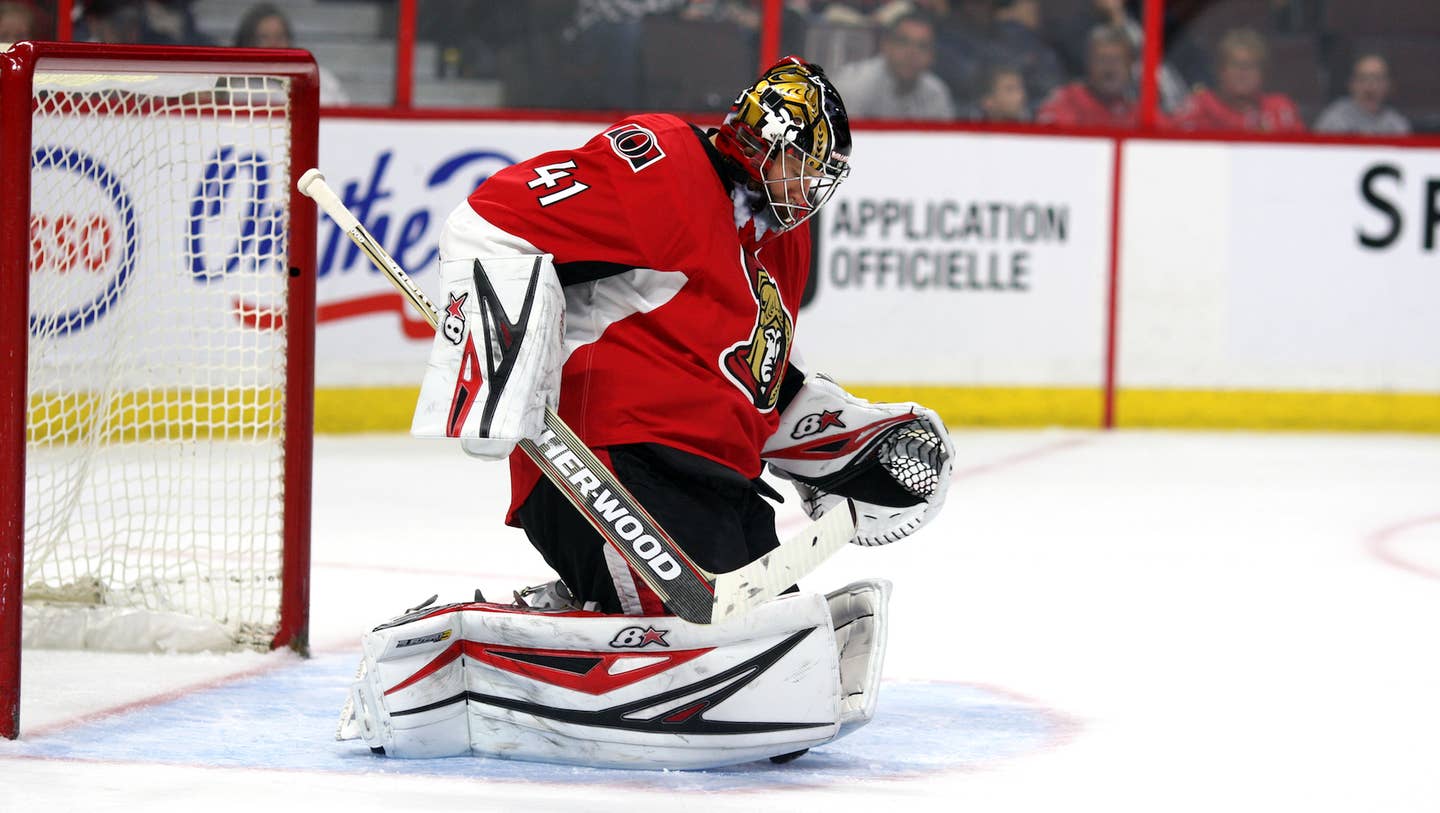 Tonight, the NHL drops the puck on its 2016-2017 season, the 100th in league history. It looks to be a promising one. This year’s rookie class (Patrik Laine, Matt Murray, Auston Matthews) seems prime. Connor McDavid’s breakout feels imminent. Watching the fallout of the P.K. Subban/Shea Weber trade should be pretty interesting, too. Oh, and then there's Craig Anderson…

He's not a superstar. Not by any means. But after a rough 2015-2016 campaign, Anderson, a 35-year old journeyman, will be starting in goal for the Ottawa Senators opening night against the Toronto Maple Leafs. Usually, he's not the kind of guy you'd tune in just to watch play—but that's exactly what we’re doing tonight. C’mon, just check out the goaltender’s new mask for the 2016-2017 campaign:

The artist behind it, Sylabrush's Sylvie Marsolais, explains his design thusly:

“Craig is a huge Corvette fan … His demands were real simple: go similar (to) last year, but with the new Corvette model. Then we suggested to put the C7R model – which has a more racing feel to it and has a meaner look.”

Anderson has had nods to the Corvette brushed into his masks before, but this one’s by far the best. Besides the race-spec ‘Vette literally ripping through the earholes, there’s another awesome easter egg for Le Mans fans. Check out the enormous Corvette Racing “Jake” skull mascot covering the backplate:

Also, Marsolais may have slightly undersold Anderson’s commitment to Chevy sports cars by calling him a “huge fan.” In actuality, the goalie’s father, Richard, is a sitting member of the National Corvette Museum board of directors.

UPDATE (9:50 p.m. EST): Senators and Leafs are headed to overtime. Anderson's been under heavy fire, facing 38 shots through three periods. He's allowed four goals. The crazy part? All of them have been scored one player: the rookie Auston Matthews, mentioned earlier. Hat trick plus one in your NHL debut. Talk about making an entrance.