The biggest names in mobility may be vying for a piece of the struggling motorcycle maker's C-1 prototype. 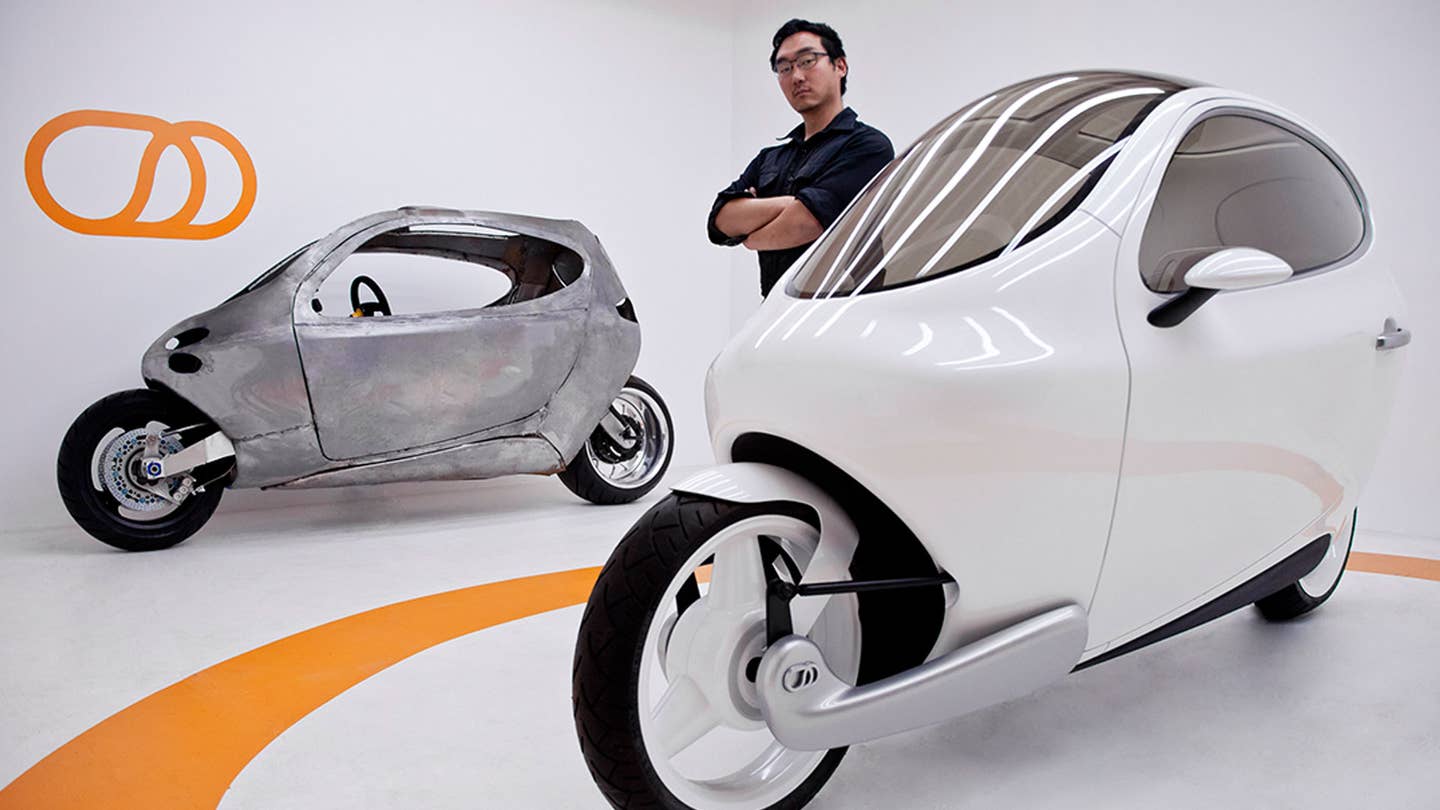 The path to market for Lit Motor's ingenious self-balancing C-1 motorcycle has been blocked by obstacles. Insufficient funding, overambitious timelines, and a catastrophic accident that took Kim out of the office and lab for a year are just some of the challenges the company has faced since it debuted a prototype in 2012. But things are finally turning around for the San Francisco-based startup.

Lit Motors CEO Danny Kim confirmed in a call that he has been speaking with several companies, and that a deal is likely to close in the next two months. "Hopefully sooner," said Kim, hinting that he could wrap up funding within the a few weeks.

In a previous interview Kim said that he was trying to close a $20 million round with an individual investor, but that deal never came to fruition, he says, because the terms weren't favorable. He declined to give specifics about the partnership he's negotiating currently, but says it's comparable to the deal he turned down earlier in the year, "if not more."

But the real question is, with whom?

News outlets have reported that Apple is planning to acquire the company, which Kim called in a post on his Facebook page a "ridiculous rumor." But a source familiar with the discussions and lab visits insists that Lit Motors is definitely talking to the Cupertino giant.

Perhaps Kim isn't so much denying that he was meeting with Apple, but indicating that Lit Motors has more than one suitor interested in the C-1.

"The Last time I checked they were in talks with BMW, Audi, and Apple for potential acquisition," said Angelos Lakrintis, senior analyst of Strategy Analytics automotive practice group. That statement matches what sources within the venture capital community confirmed, and added that Google and Hyundai are also rumored to be in the hunt.

Kim declined to comment whether or not Google was among the companies with which he's been speaking. But it's a poorly kept secret in Silicon Valley that Lit Motors received early funding from Larry Page, Google co-founder and CEO of Google parent company Alphabet. Recently announced plans to spin off Google's self-driving car project as a stand-alone company only adds more weight to rumors of its investment interest, and builds a case for partnering with the scrappy motorcycle manufacturer.

Alphabet's newly formed autonomous car company has a directive to generate revenue, and pursuing a free-floating car-share business model similar to Daimler's Car2Go or BMW's ReachNow would be a good place to start. Not everyone is convinced.

"I don’t see how that would be a good move for Google given Lit Motors’ stated goals of manufacturing a two-wheeled vehicle," wrote Greg Basich, senior analyst of Strategy Analytics automotive practice, in an email. Lit Motors needs a manufacturing and distribution partner, and that's not Google's wheelhouse. It also doesn't solve Google's immediate need of revenue—even with a significant investment, the product is years away from being on the market, he notes. A partnership with BMW makes more sense to him.

The emerging car-sharing economy, maturing self-driving technology, and stricter Euro 7 air regulations are creating an environment suitable for a safe, affordable, and electric mode of transportation exactly like Kim's prototype, which is guarded by 16 patents in 24 jurisdictions. BMW already has an established presence in the motorcycle market, including some law enforcement contracts in the U.S.

"The features Lit is offering could be adapted to make motorcycles safer for officers and therefore be a selling point," says Basich. "It’s a small market, but at least it is a market where they could use Lit’s technology in next-generation models and actually bring in revenue."

It's anybody's guess which company is the closest to a signed deal, but, if you believe Kim, we'll find out soon enough.