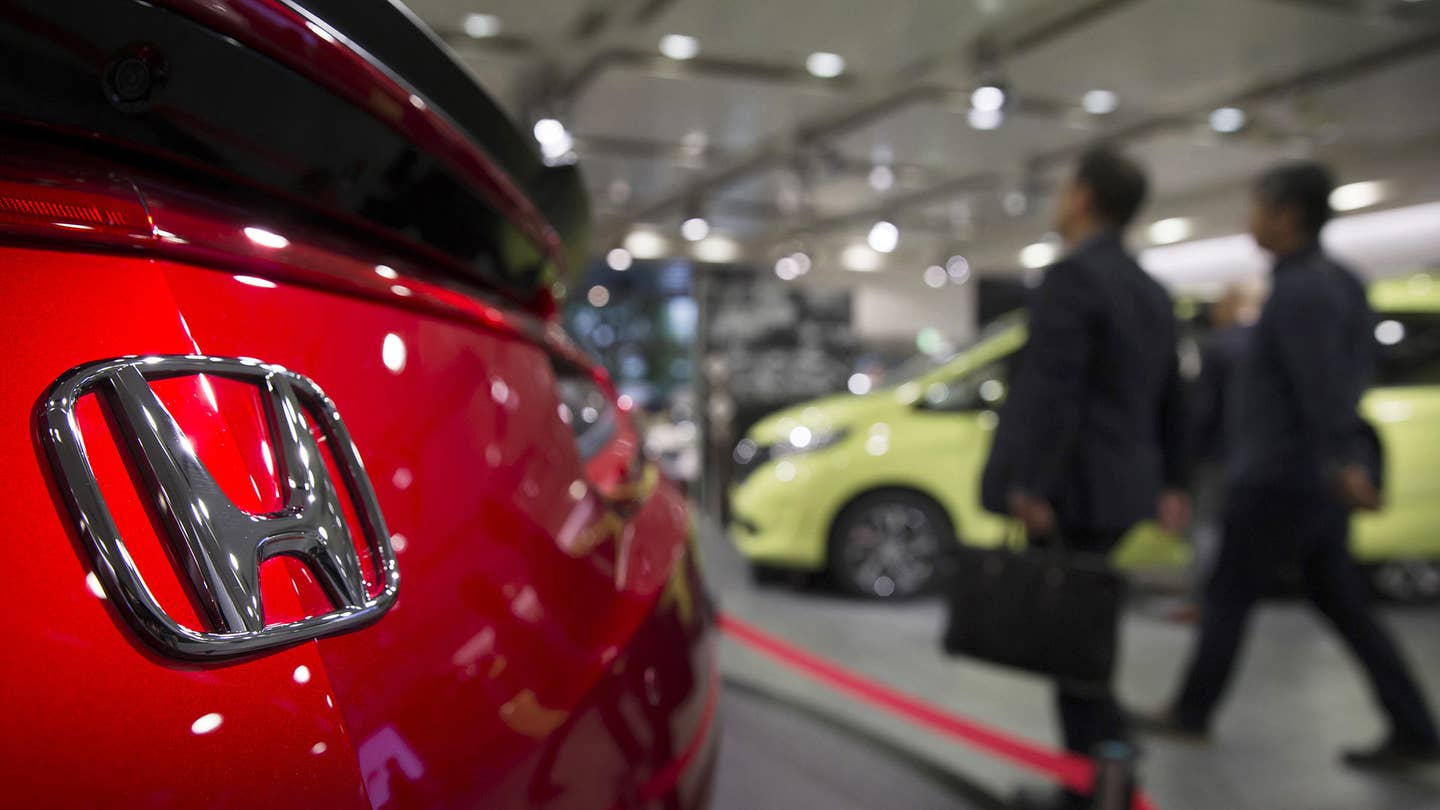 Honda and Waymo, the self-driving car company from Alphabet Inc. (parent company of Google), have announced a partnership—specifically, according to the press release, a "technical collaboration of fully self-driving automobile technology". But what does that mean, exactly?

This: The self-driving car dam is breaking, if it hasn’t broken already. If you’re a car company without a self-driving car program, or if after billions of dollars of R&D yours doesn’t do what Google’s does ... Waymo is the answer.

You don’t need to be Nostradamus to know that while Tesla and Uber have been grabbing all the headlines, Google/Alphabet has long had the world’s most advanced self-driving car program. Since its 2009 inception, speculation about their intentions has been rampant.

Now, we can get a sense of what they're up to.

We know that Waymo, Alphabet’s recently announced self-driving spinoff, has gathered 2M+ miles of high-resolution driving data, the majority of it in Northern California. Tesla has orders of magnitude more, but they don’t use LIDAR, which skeptics believe is essential for full self-driving capabilities. We know Waymo’s parent possesses virtually unlimited resources and data on individual search, shopping habits, and location. We know that Wayno is hiring experts in licensing. We know that, prior to its spinoff, Waymo had approached multiple manufacturers about partnerships, presumably to license their software platform in return for user data, perhaps even to control the in-car content ecosystem (think: self-driving car "drivers" watching the newest Hollywood blockbuster via Google Play).

There’s incredible value on both ends of that continuum. Every Honda mile driven with Waymo’s platform gathers priceless data, improving the platform. On the other end, control the content ecosystem, control the data, own the user, print money.

There’s a reason your phone almost certainly runs Android or iOS. Remember Nokia? Blackberry? Those companies were annihilated as the smartphone wars shifted from hardware to software. The next front? Automotive infotainment. How could it be otherwise? Automakers had 20 years, hundreds of millions of beta testers, billions of dollars ... and they blew it. Android Auto and Apple Carplay didn’t have to fight their way in. Auto makers left the door open.

Once hardware is commoditized, software is everything. Waymo has the best, but it’s no wonder their rumored talks with Ford and BMW were stillborn. These are proud brands with vast resources, confident they can wait for their myriad investments in self-driving technologies to bear fruit. Google is as cynical as automakers are optimistic; whereas a legacy manufacturer might believe that hardware brands will still matter in years to come, and that some combination of in-house research and development and acquisitions will deliver their self-driving car before a direct competitor can, Google figures it can wedge itself into that development timeline, deploying their software in partnership with a manufacturer (i.e. hardware producer) whose own software R&D fell too far behind.

And guess what? The legacy manufacturers were wrong. They took too long. Behold, Waymo.

FCA—whose self-driving program is allegedly far behind the rest of the industry’s—folded first, announcing a partnership with Waymo 72 hours ago to deploy 100 Chrysler Pacifica minivans in 2017. The partnership wasn’t the surprise; the surprise was that it took so long.

And then came the Honda/Waymo announcement. Here’s the full press release. Let’s read between the lines:

“If both parties agree to enter into a formal agreement...”

A PR tease. They have an agreement, and a deeper alliance is being hashed out at this very moment.

“Honda previously announced its intention to put production vehicles with automated driving capabilities on highways sometime around 2020 related to its goal of a collision-free society.”

Despite Honda’s better-than-industry average Lane Keeping Assistance technology, we’ve seen no evidence Honda’s self-driving R&D is any further along than the rest of the legacies.

“In addition to these on-going efforts, this technical collaboration with Waymo could allow Honda R&D to explore a different technological approach to bring fully self-driving technology to market.”

A “different technological approach” means one that actually works, on a timeline that won’t leave Honda behind. Waymo’s approach works, ergo, Honda’s approach doesn’t, and therefore Honda needs this, or else.

“These discussions are an initial step that will allow Waymo and Honda R&D to further explore the potential of a broad range of automated driving technologies.”

That “initial step” is the sound of the self-driving dam breaking. FCA and Honda are the first through, but nothing comes free. The terms Ford and BMW refused have been (or will be) accepted by others, and Waymo’s platform will be deployed not just in FCA and Honda products, but by every automaker who wants to survive, even if they get "Foxconned"—a term derived from Foxconn, Apple's Chinese contract manufacturer, which in this context means to find oneself assembling another company's product. The instant Waymo, Uber, or Tesla make self-driving cars commercially available, the dam will burst.

What is the alternative to Waymo in the near- or mid-term? Apple’s anticipated platform remains an unknown, and they appear far behind Waymo in test miles, which is everything. Tesla—almost certainly the next company to field a self-driving car (albeit with a completely different business model than Waymo or the legacies)—doesn’t appear interested in licensing their platform to anyone. No manufacturer wants to license a platform from a direct rival. What about Uber? Even if they had a working platform, they’re as greedy for data as Waymo.

I wouldn’t want to be on the receiving end of Daimler CEO Dieter Zetsche’s phone call this morning. He knows: open up your car, lose control, get Foxconned.

The last two weeks have been as momentous for the automotive industry as the first ten years after the launch of the Ford Model T. Some believe that the fourteen major automakers in the world will be whittled down to five or six. Expect that to happen a lot sooner than predicted, but not without a fight. Yesterday, Suzuki quietly joined a consortium comprising Toyota, Mazda, Ford, Subaru, Jaguar Land Rover, Nissan, Mitsubishi and Honda(!) to build a Linux-based automotive platform intended to keep Google out of their cars.