Which Ford Motor Company Car Had a BMW Engine?

The car world can bring together some strange bedfellows—like FoMoCo and the Ultimate Driving Machine folks. 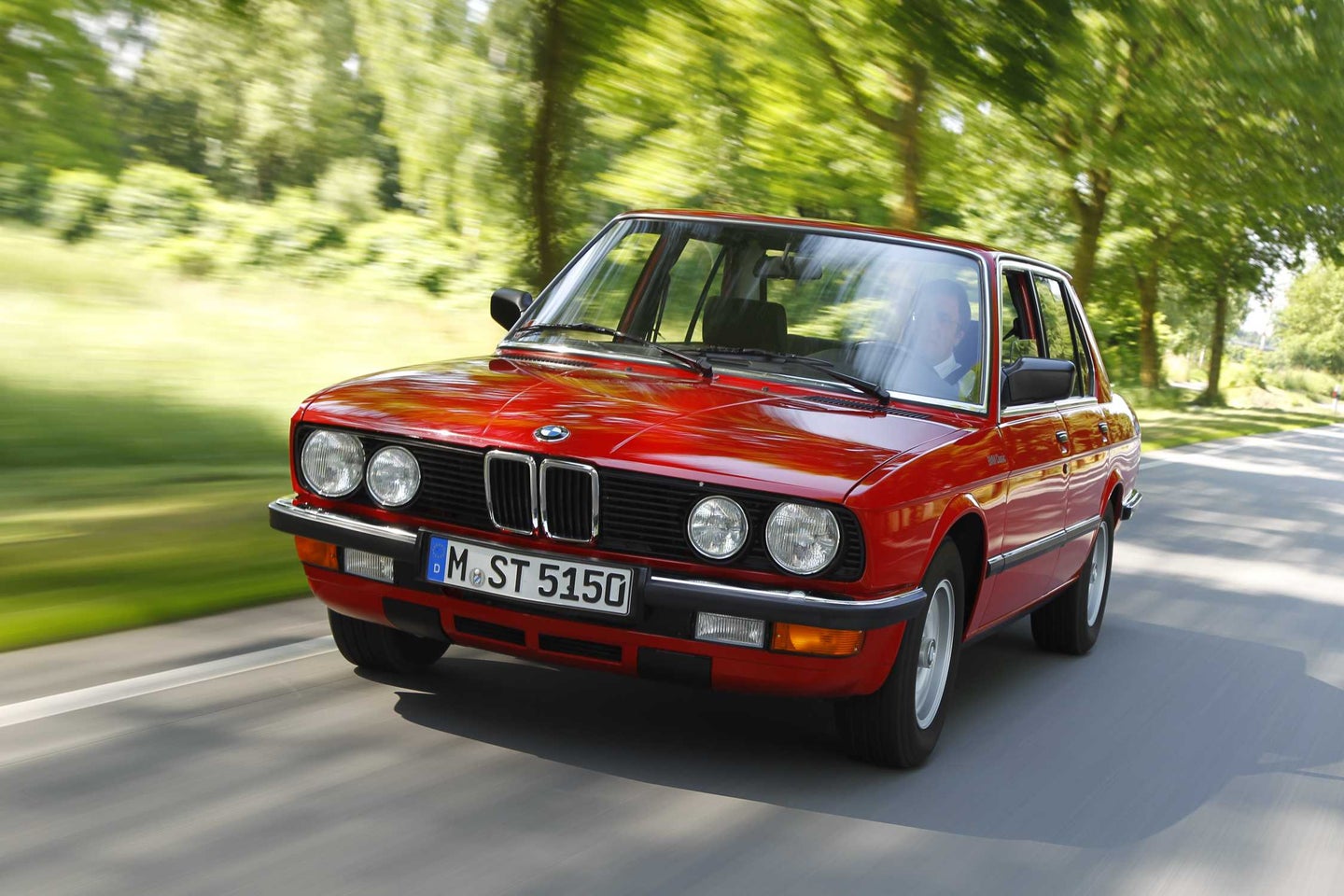 The oil shocks of the 1970s sent carmakers into a panic. What would happen, they pondered, if big oil producers continued to drive up prices by squeezing supply, and governments responded by tightening demand through stricter fuel-economy standards?

The short answer is, a disaster for the auto industry. Back then, the gasoline engine wasn't nearly as efficient as it's become in the 40 years since. Engineers would have to find an alternative that provided sufficient power and superior fuel economy.

But they had to act fast. By the late '70s, gasoline in the U.S. had rocketed past a dollar a gallon—a huge increase for the time—and was steaming toward two bucks. There was no relief in sight.

Electric cars, powered by heavy lead-acid batteries, were unsuitable for anything but lightweight, short-distance commuter cars. Downsizing all cars to increase fuel efficiency would only play half-way. The American market still demanded large interstate cruisers and pickup trucks—for work and pleasure. The only alternative that made any sense was the diesel engine.

American companies needed a diesel solution that would work for a Silverado or an Oldsmobile Station wagon. Mercedes-Benz, at the time, built the world's best diesel engines for large passenger cars, but the Stuttgarters were not about to share.

General Motors sent its engineers on a mission worthy of the Apollo 13 rescue crew: to refit its ubiquitous small-block V8 with diesel-ready heads. It was not an ideal solution: Diesel engines' combustion comes from intense compression of fuel and air, not by way of a spark plug, and even the stout V8 blocks had trouble withstanding the added pressure.

The resulting Oldsmobile 5.7-liter diesel was deemed appropriate on the test bench, but in the real world—as installed in Cadillacs, Buicks and other large cars and mid-sized trucks—it was failure-prone. Some say it single-handedly ruined the perception of diesel engines in the U.S. for the next three decades.

Still, GM was the first mover, and captured 60 percent of the total U.S. passenger vehicle diesel market, which by 1981 totaled 310,000 units.

As the 1980s unfolded, Ford was running behind. It needed a diesel solution that could work for its Lincoln Continental Sedan and Mark VII coupe, but refitting one of its V8s was not an option. What would it do?

The answer came from Munich.

Back in the mid-70s, BMW engineers had developed the M21 diesel engine to compete with Mercedes-Benz and Peugeot, the two automakers that dominated the European diesel market.

They started with the standard BMW M20 straight-six engine, but installed new valves, pistons and crankshaft, and planted a turbocharger on top. The 2.4-liter engine produced 115 horsepower and 154 lb-ft of torque, taking the BMW 524td from zero to 60 in just under 13 seconds, which, while slow as a wheelbarrow in mud, was still quicker than the Mercedes-Benz 300D.

It was this motor, built in a joint operation by BMW and builder-for-hire Magna Steyr in Austria, that Ford plugged into the Continental and Mark VII. The result was a slow but relatively sturdy package, that delivered somewhere around 30 miles per gallon in the luxe Lincolns. Lincoln advertised the diesel-powered Mark VII LSC, in close proximity to a Mercedes-Benz SEC, as being available with a "European designed 2.4-liter Turbo Diesel." Thanks, Bimmer.

Ultimately, bad timing killed the sad American diesel luxury car. It was a mercy killing. Gasoline engines would soon gain enough efficiency to fend off a supply crunch, just as fuel prices fell precipitously throughout the rest of the '80s. That left the the diesel boom-and-bust as a weird footnote in the American auto industry of the 20th century.

Postscript: BMW's M21 also found its way into a weird motorhome called the Vixen. Google it.