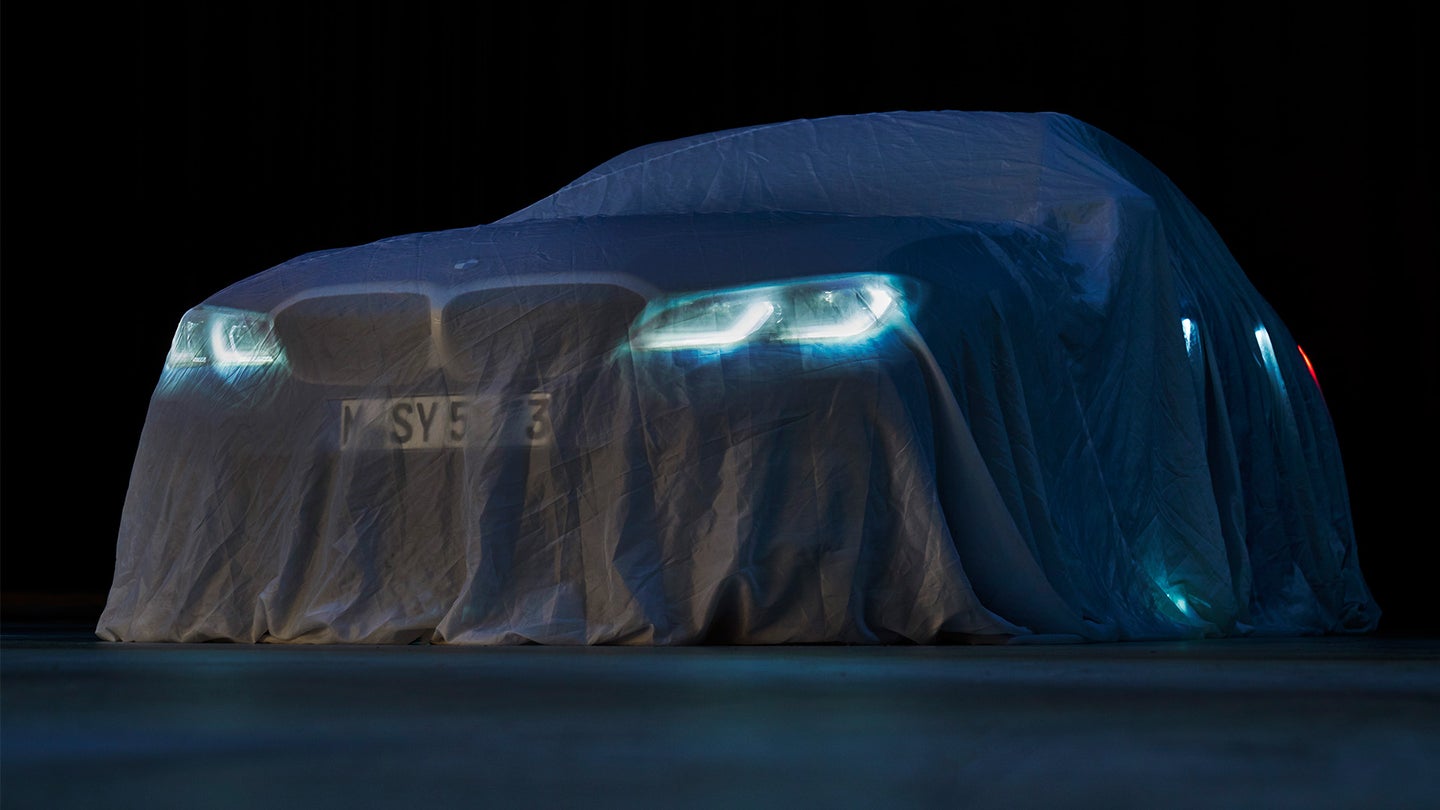 BMW will pull the wraps off its newest 3 Series at the 2018 Paris Motor Show next week, the automaker confirmed on Wednesday.

Official details on the seventh-generation 3 Series are fairly scarce, as BMW is keeping the bulk of the info a secret until Oct. 2. However, the Germans did release a single photo of the upcoming platform, showcasing the all-new model's stout stature, wide signature kidney grille, and a subtle glance at the car's puddle lights.

BMW also released a video of its new baby working its way down the assembly line. The footage gives us a better look at the car's styling and throws a few hints about what to expect. A digital instrument cluster can also be seen in the video, along with a very wide and design-integral infotainment system that appears to be the staple design element of the vehicle's dashboard. Paddle shifters can also be seen tucked behind the steering wheel, likely controlling the new eight-speed automatic gearbox that BMW has reportedly implanted as a standard feature in the upcoming car.

From what we've gathered, the platform will likely be available with both 2.0-liter four-cylinder and 3.0-liter six-cylinder engine configurations, as well as the possibility for electrification through a hybrid platform that has been spotted testing on the roads recently. Although not confirmed, a diesel variant will most likely be available for certain markets around the world. Per the silhouettes that were added to BMW's website in August, we anticipate a to see a few body styles built onto the new platform, including a cabriolet, coupe, gran coupe, and wagon.

The automaker calls the 3 Series the "core" of its brand, noting that the vehicle has been BMW's most successful model across the entire brand. The vehicle has been regarded as the de facto standard for a driver's car for quite some time, and that tradition will likely continue. BMW has said that this particular platform has reworked several key aspects of the vehicle, including a more powerful four-cylinder application, less weight, more rigid suspension, and even better fuel economy.

In case you can't make it out to Paris for the reveal, BMW will also be live streaming the event on Tuesday, which is slated to take place at 9:00 a.m. local time.