Interesting patterns emerge surrounding America's taste in used cars, but what do they say about where the industry is headed? 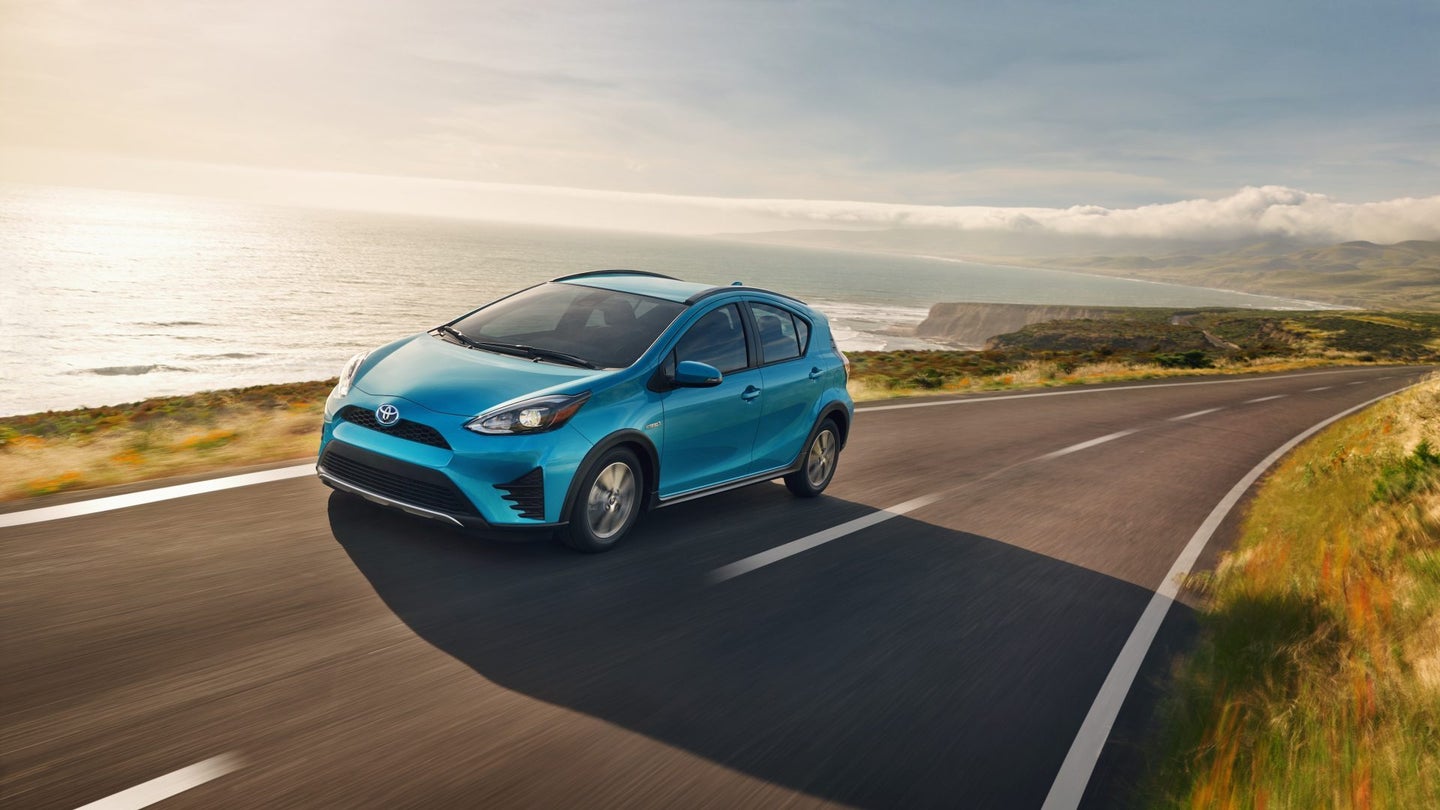 Automotive research firm and used car search engine iSeeCars used data gathered from four million used vehicle listings for cars between one and three years old as part of its study to identify the fastest- and slowest-selling used late model vehicles in the United States.

It released its findings Monday, and according to its figures, the following ten vehicles are the fastest-selling vehicles on the used marked in America, as ranked by number of days each spend on dealership lots before being resold.

All of the top five are either hybrid or electric vehicles, and three are in the compact or subcompact categories. Five of the top 10 are Japanese, two are American, two are German, and one is Korean. The Volkswagen Golf R hot hatchback ranks as the fastest-selling enthusiast vehicle on the market, spending on average a day and a half less on the market than the lukewarm liftback Veloster Turbo. Traditional commuters like the Civic, Corolla, and Accord account unsurprisingly for the rest. No crossovers or SUVs appear in the top 10, despite overwhelming demand from new car buyers for the body styles.

"When buying a new car, hybrids on average are 20 percent more expensive than conventional gasoline-fuel cars, so buying them used is an effective way to offset that added cost," explained iSeeCars CEO Phong Ly. "The performance of hybrid and electric cars, especially the Prius, has helped consumers abandon their initial concerns about battery life, and this perception change has contributed to the rising popularity of these vehicles."

Despite low cost of operation, running costs for some electric vehicles—namely Tesla products—are often higher than expected, owing to steep insurance prices, which in turn are caused by expensive bodywork and a high claim rate.

At the opposite end of the spectrum, however, the slowest sellers are often vehicles from premium marques, such as Porsche and Cadillac. They make up seven of the bottom 10, with American vehicles and crossovers or SUVs each taking six spots on the list. Another polar opposite from the top 10: No hybrids or electric vehicles can be found among the bottom 10.

This comes in surprising opposition to new car sales, which heavily favor crossovers, often referred to by automakers as "light trucks." Most of the vehicles make this list because of higher-than-average used market prices, though the market's desire (or lack thereof) for a model is also a contributing factor.

"Cars that remain on market for longer than average indicate that supply is higher than demand, which could mean the pricing is too high or that the car isn't as well-liked as its competitors," continued Ly. "A late-model used Cayenne is one of the most expensive used SUVs on the market with a price of $61,136, and a used 911 is the most expensive vehicle among those we analyzed at $122,124. These are very high price points for used car shoppers, which could explain why dealers struggle to move them off the lot."

These figures do not necessarily reflect the interests and demands of American car buyers, however, as iSeeCars's Julie Blackley explained to The Drive.

"While there is some overlap between fastest-selling and most popular vehicles, selling time isn't a reflection of a car's popularity. For instance, hybrid/electric cars aren't included in the list of the nation's most popular cars," Blackley said.

"While SUVs comprise the majority of the slowest-sellers, SUVs such as the Rav4 and the CR-V appear on the list of the country's most popular vehicles," she added. "However, expensive SUVs tend to be slow-sellers in the used car marketplace because they are often leased, and have higher price points that may be outside of the budget of used car shoppers. It's also worth noting that the SUVs on our slowest-selling list aren't the most popular SUVs, so there is some overlap between slow-sellers and popularity."

iSeeCars also ran the numbers for body styles and powertrain types, both of which it disclosed to The Drive.

Again, these numbers have limited correlation with what American buyers tend to buy new, though it is interesting to note the near-parity of hatchbacks and sedans, as well as SUVs and minivans.

Propulsion type time-to-sell seems to reaffirm the trends suggested by the fastest-selling models and slowest-selling body types. Vehicles that used some form of electric propulsion tend to leave dealer lots sooner, and heavy-duty trucks stick around almost as long as diesel vehicles do as a group.