NYC may be packed with luxury sedans and exotic sports cars, but crossovers and SUVs remained the talk of the town at the Big Apple show. 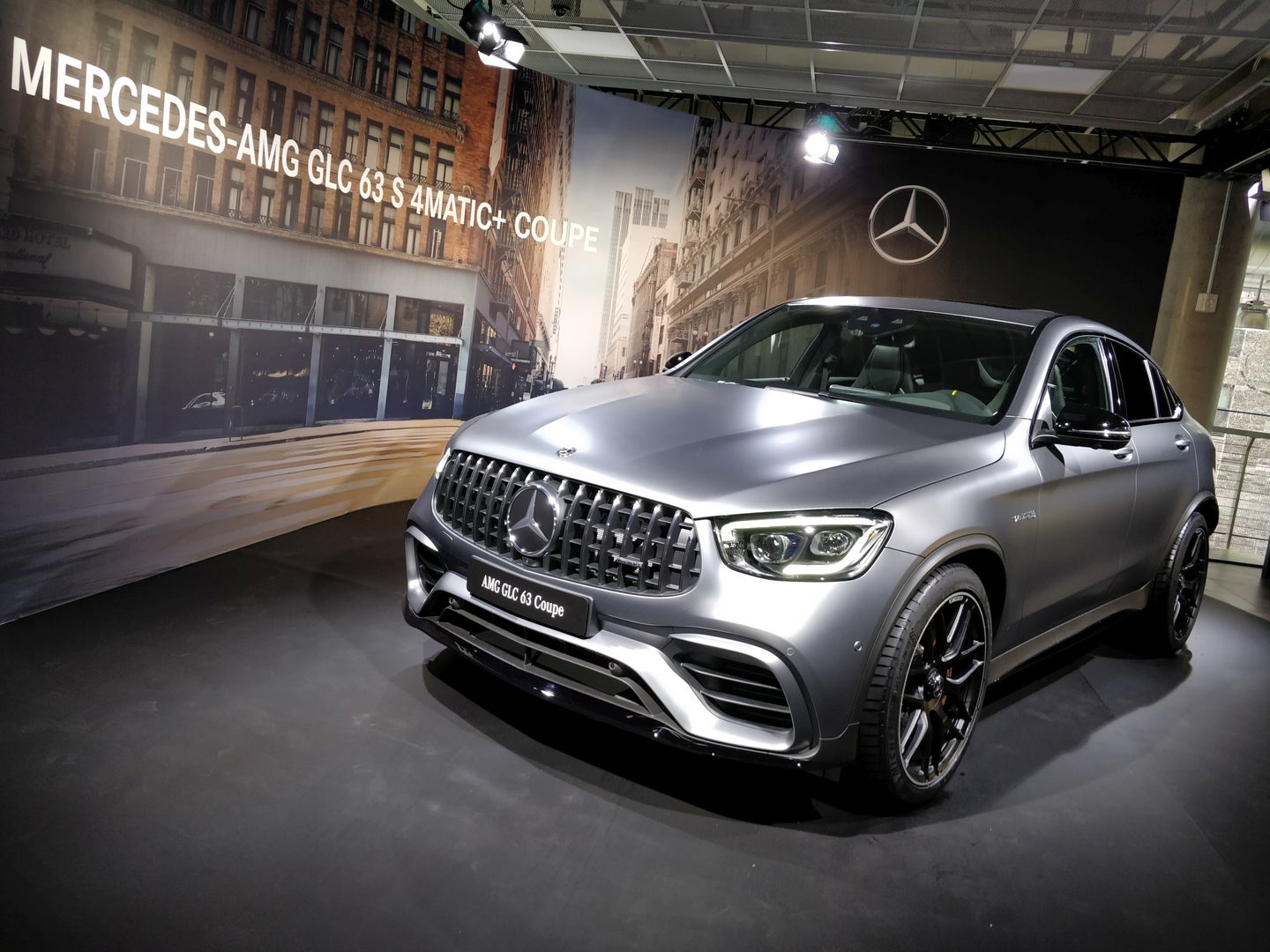 Although it seems like auto shows have been on a downward trend over the past couple years, particularly after an extraordinarily quiet Detroit Auto Show earlier this year and several automakers deciding to skip Chicago, this year’s New York International Auto Show still had plenty of new reveals to go around.

The greater New York area is one of the most prolific markets for automobiles, simply by the sheer volume of the population within the region. It’s said that over one million spectators attend the exhibition’s public viewing. And overall, the show typically generates around $300 million worth of economic activity.

All kinds of automobiles in a wide variety of sizes, shapes were present at the show, but one thing’s for sure, SUVs, trucks, and crossovers remain the center of attention, overshadowing sedans and coupes, and even sports cars and exotics.

The Stuttgart-based automaker revealed an updated and facelifted version of its low-slung roof variant to its compact GLC crossover, the GLC Coupe. Simultaneously along with it, also came the AMG-ified version, the GLC 63 S Coupe. Although the changes for the 2020 model-year car are largely aesthetic, it still doesn’t defeat the fact that it remains the fastest production SUV to lap the Nürburgring Nordschleife. So it is literally, and figuratively, one of the hottest crossover SUVs at the Jacob Javits Center.

Power still comes from the same 4.0-liter bi-turbo V8, serving up 469 horsepower in the standard GLC 63, and 503 hp in the uprated GLC 63 S variant, both of which are unchanged. Rather, the updated GLC and GLC AMG variants benefit from the addition of Mercedes-Benz’s latest MBUX infotainment system, a new steering wheel design, and a new wave of interior tech.

Lincoln is in the middle of reinventing its brand image by summoning some of its flamboyant and artful designs from its glory years. It started with the Continental, then the completely new Navigator, Nautilus, and Aviator. And now, the 2020 Lincoln Corsair.

Built on the latest modular platform also underpinning the new Ford Escape, the new Corsair follows in the footsteps of some of its other crossover siblings to replace the aging and unpopular Lincoln MKC. That said, it has its sights set on the compact luxury crossover market, currently occupied by the likes of the BMW X3, the Lexus NX, Audi Q5, Mercedes-Benz GLC, Alfa Romeo Stelvio, and many more.

Mercedes-Benz is undoubtedly having a field day at the New York Auto Show, which makes sense considering the greater New York area is the second largest market for the Silver Arrow behind the greater Los Angeles area. The company also revealed its next-generation flagship SUV, the GLS.

The so-called “S-Class of SUVs” underwent a complete overhaul with a new platform, a new design, some new engines, and of course, lots of new tech. At the forefront of its reveal is the inclusion of Mercedes-Benz’s latest interactive infotainment system, MBUX. Also spearheading the GLS’s newness is its first use of a turbocharged gasoline inline-six, producing 362 hp and 369 pound-feet of torque. For those wanting more power, there’s still a bi-turbo V8 available with 483 hp and 516 lb-ft on tap. And all GLS’s now come with Mercedes-Benz’s latest EQ Boost 48-volt electrical system, which provides both models with mild-hybrid capabilities.

The Alfa Romeo Stelvio Quadrifoglio might not be the newest thing from the Italian automaker, but a new special edition took a bow on the show floor this year. And because it’s essentially the closest thing to a Ferrari SUV, it’s still hot by nature.

When it first launched, the Stelvio Quadrifoglio set the record for the fastest SUV to ever lap the Nürburgring Nordschleife. Not too long afterwards, it was knocked off its podium by the Mercedes-Benz AMG GLC 63 S Coupe. But Alfa Romeo doesn’t really see that as a loss and instead, paid tribute to its successes by creating the special edition Stelvio Quadrifoglio NRING, next to its sedan sibling, the Giulia Quadrifoglio NRING.

Although the current Mazda CX-5 has been with us for a bit now, its long-awaited diesel engine comes following years of anticipation. There’s already a lot that we love about the CX-5, but after waiting so long for the diesel engine, it remains to be determined if it was worth the wait. Thus, fans of diesel power and fuel efficiency will be keen to explore the Mazda CX-5 diesel.

The CX-5’s compression-ignition motor is a carryover item from Mazda’s European offerings. It’s a 2.2-liter turbodiesel four cylinder with 168 hp and 290 pound-feet of twist. And Mazda swears that their new diesel engine was worth the wait, despite the paranoia with diesel power following Volkswagen’s massive emissions scandal with its TDI models.