This year’s automotive gathering in the Big Apple brought out a lot of fast, enviable metal we’d love to hoon. 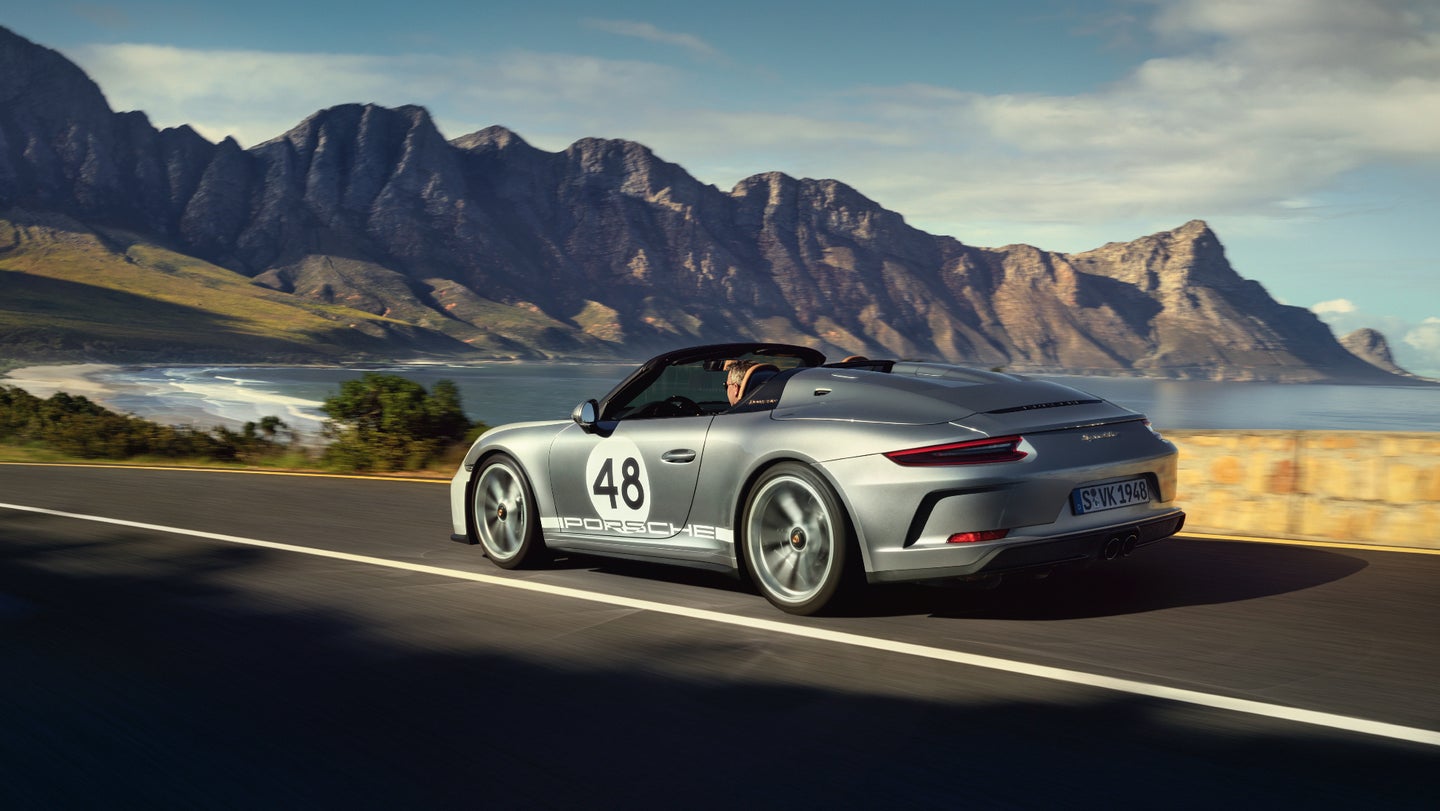 Whittling down the list of hot cars at this year's 2019 New York International Auto Show to just five favorites is a tough job, but I'm willing to do it. I will bravely take one for the team here and write more words about drift modes and added lightness. From worst-kept secrets to fun new versions of beloved favorites, here are the cars we'd most love to borrow for a joyride off the showroom floor.

Are you afraid to choose between the foul weather capabilities of all-wheel-drive and your love for sick rear-wheel-drive donuts? The 2019 Kia Singer GTS has your back, fam. Only 800 examples of the Stinger's new GTS trim will be made, and all of them will shine in orange, carbon-fiber-trim glory.

Kia calls its new system D-AWD, with the "D" standing for "Dynamic." Never mind everyone's least favorite marketing buzzword, though, because the D-AWD-equipped Stinger GTS can send all of its power to the rear wheels and hold gears longer to produce the gnarly burnouts you need. Hooray technology! The D-AWD cars also come with a mechanical limited-slip differential that puts more of the car's 365 horsepower to the ground, so trust us: it's the one you want.

The worst-kept secret in cars—the long-awaited mid-engine 2020 Chevrolet Corvette—finally made an appearance ahead of the auto show to announce its official reveal date: July 18. For now, though, we can revel in the fact that Nessie is real! Wait, no. That's another longstanding rumor. Ahem. The mid-engine Corvette is real! A real thing that really exists.

The Corvette officially goes mid-engine in 2020, so GM plans to auction its final front-engine Corvette, a black Z06, to benefit a charity that supports injured veterans. Since they'll be selling the new C8-generation mid-engine Corvette in 2020, that means the current C7.R will be retired after this year, and a brand-new, mid-engine C8.R will compete at famous sports car races like Le Mans and Sebring starting next year. According to CorvetteForum members who spoke with Corvette Racing Program Manager Doug Fehan, the C8.R will debut at the 2020 24 Hours of Daytona.

Porsche's been on a limited-run kick of crazy builds lately, and their latest $275,750-special is a good one. The 2020 Porsche 911 Speedster is one more last hurrah for the 991-generation 911 before the new 992 generation takes over, sporting the 4.0-liter flat-six engine from the 991 GT3 and GT3 RS and a retro-inspired bubble-back. Elements of this car have been lightened and optimized for the custom shape of the rear end and low-cut windshield. Only 1,948 will be made.

It's also only available with a six-speed manual transmission. This is a car built around driving enjoyment and savoring as many 9,000-rpm flat-six blasts as possible.

The 2020 Nissan GT-R Nismo is not a new GT-R, but it's perhaps the best version of the R35 generation yet. Engineers put the car on a diet, saving 67 pounds in the process. That doesn't sound like much, but every little bit counts. Body panels were made of carbon fiber, and the aerodynamics of R35's blocky shape were further optimized to resemble Nissan's GT3 racer more.

The drivetrain and suspension received a similar evolution, making it all respond sharper and corner better, without being as stiff on public roads. Oh, and it still makes the 600 horsepower we already love the GT-R for. It's a 12-year-old car now, so it might as well go out with a party.

Losing the Ford Focus RS from our shores is a deep, deep wound that can only ever partially be filled...preferably with burnout smoke from the same engine. Ford put the Focus RS's brilliant 2.3-liter turbocharged inline-four engine in the new 2020 Mustang EcoBoost High Performance Package, so that we can continue to enjoy it.

This is somehow the new base model for the Mustang series, and it makes 330 horsepower. I'm sure there are plenty of Focus RS owners who can help you make more power out of this very engine as well. So, if we can't get rad Ford hot hatches back in the United States, this is really the best possible outcome.