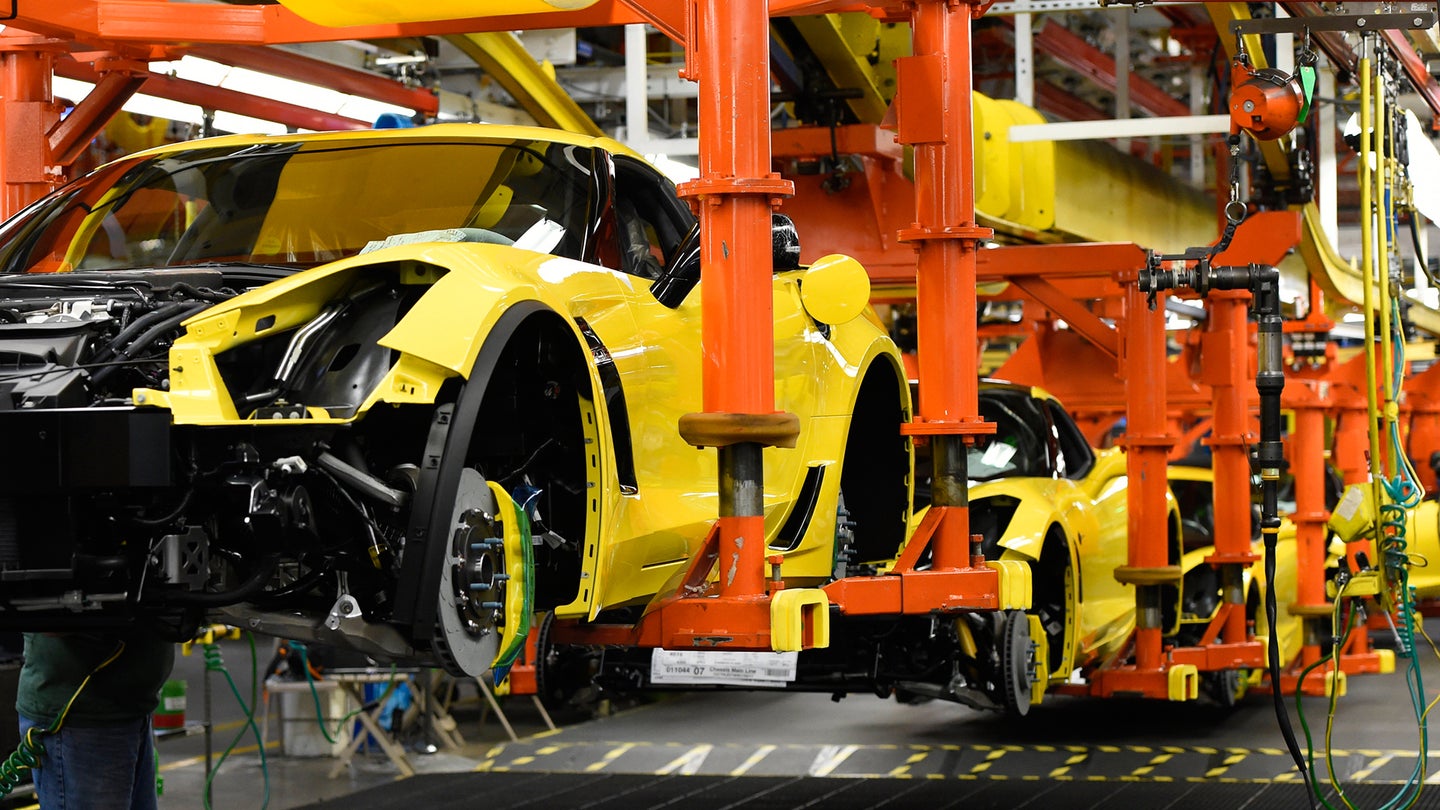 If "Take a tour of the Chevy Corvette factory in Bowling Green" is one of the items on your summertime bucket list this year, you might want to fast-track those plans for that trip down Kentucky way. Starting this June, General Motors will be closing the Corvette factory to the public for a year and a half.

The National Corvette Museum's Katie Frassinelli told the Bowling Green Daily News the tours are being shut down in order to give the facility a chance to conduct extensive changes to the factory.

While General Motors officials reportedly refused to discuss future plans during an April 28th conversation at the Corvette Museum, even a drunken monkey would be liable to draw a connection between the planned plant closure and the forthcoming mid-engined C8-generation Corvette. That future Chevy has been spied repeatedly over the last year, clad in thick layers of camouflage that still can't disguise the new model's engine layout.

While it remains unknown when the mid-engined Corvette will make its debut, internal GM documents have revealed the carmaker is adding a new DOHC V8 to the 'Vette lineup for the 2018 model year. Should that be the powerplant bound for the new mid-engined Corvette, it suggests the eighth-generation car will likely arrive sometime before next fall—a timeline that aligns neatly with the planned blackout dates at the factory.

Before that car arrives, however, Chevrolet is expected to release the track-devouring Corvette ZR1, a car that may pack active aerodynamics and an uprated version of the Z06's supercharged V8 making around 700 horsepower. Considering the ZR1 prototype apparently is capable of casually knocking off a 7:30 'Ring lap in traffic, it seems the last of the C7s will certainly be one to remember.