Unquestionably awesome—but as one U.S. Army general pointed out, not exactly cost-effective. 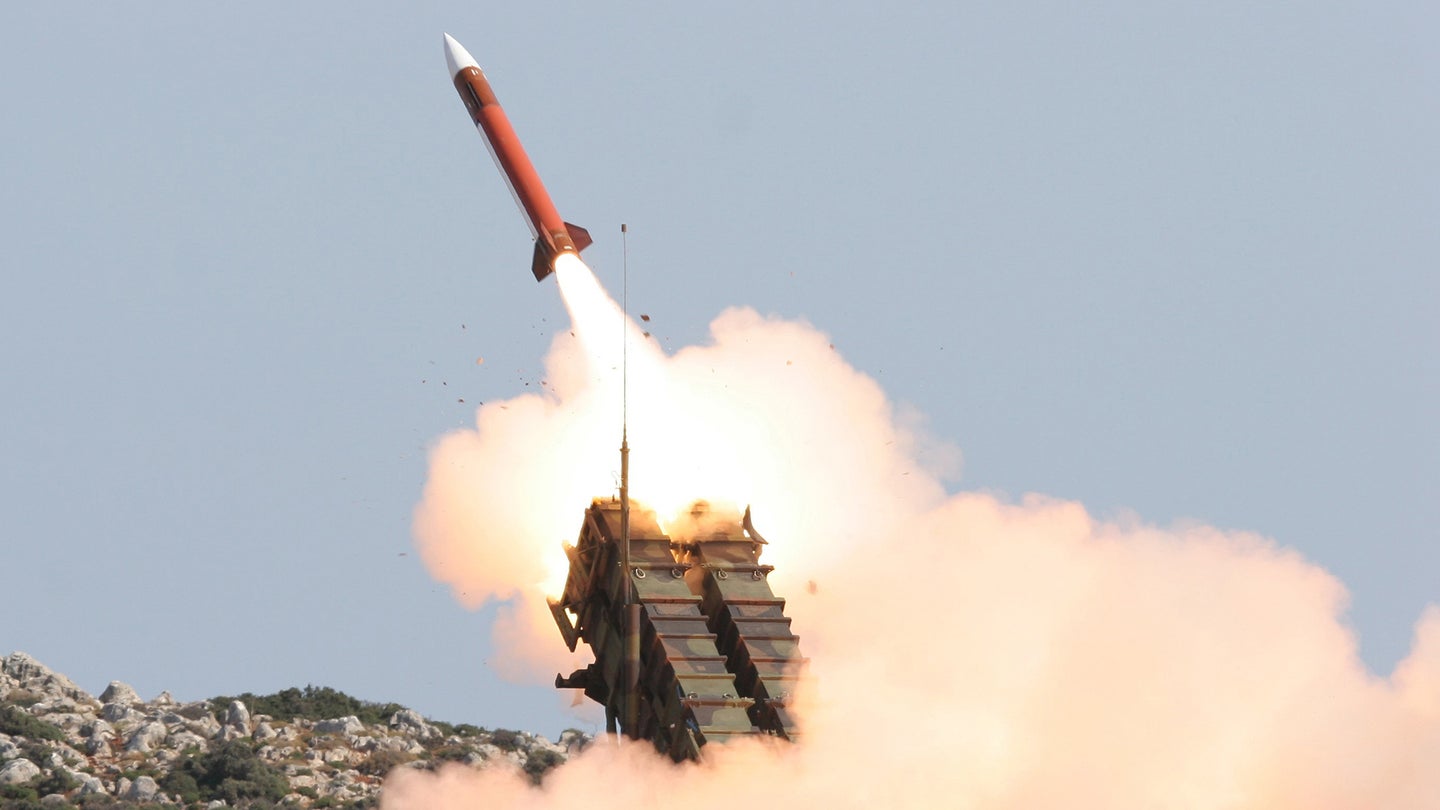 If you thought the Netherlands' plans to use birds of prey to take down drones was badass, well, you've clearly underestimated the modern military-industrial complex. According to a U.S. Army general, a United States ally once used a Patriot surface-to-air missile to destroy a small quadcopter drone.

"We have a very close ally of ours that was dealing with an adversary that was using the small quadcopter [drone]. and they shot it down with a Patriot missile," General David Perkins, commanding general of U.S. Army Training and Doctrine Command, said during a talk at the army's Global Force Symposium in Huntsville, Alabama on Monday. "That worked! They got it."

"A quadcopter that cost $200 bucks from Amazon.com did not stand a chance against the Patriot," he said.

But the problem, as he put it, is that the cost-to-benefit analysis of smacking down a cheap quadcopter with a $3 million missile doesn't quite line up. "I'm not sure that's a good economic exchange ratio," Perkins said. "If I'm the enemy, I'm thinking, hey, I'm just gonna get on eBay and buy as many of these $300 quadcopters as I can, expend all the Patriot missiles out there."

The solution to dealing with the threat of small, cheap drone threats, Perkins said, instead may lie in finding non-"kinetic" ways to take them out, citing electronic jamming and cyber warfare as two potential defenses.

It's unclear which of the 12 nations besides the U.S. that use the Patriot Perkins was referring to. That said, ISIS has been known to use civilian drones as the basis for improvised explosive devices and bombers during its conflict with forces in Iraq.

The MiM-104 Patriot is the primary surface-to-air defense system for the United States and its allies, capable of shooting down aircraft and ballistic missiles flying at altitudes as high as 79,000 feet and as far as 99 miles away.

Get ready for a month of stunts, reviews, and comparisons while we put these little quadcopters to the test.