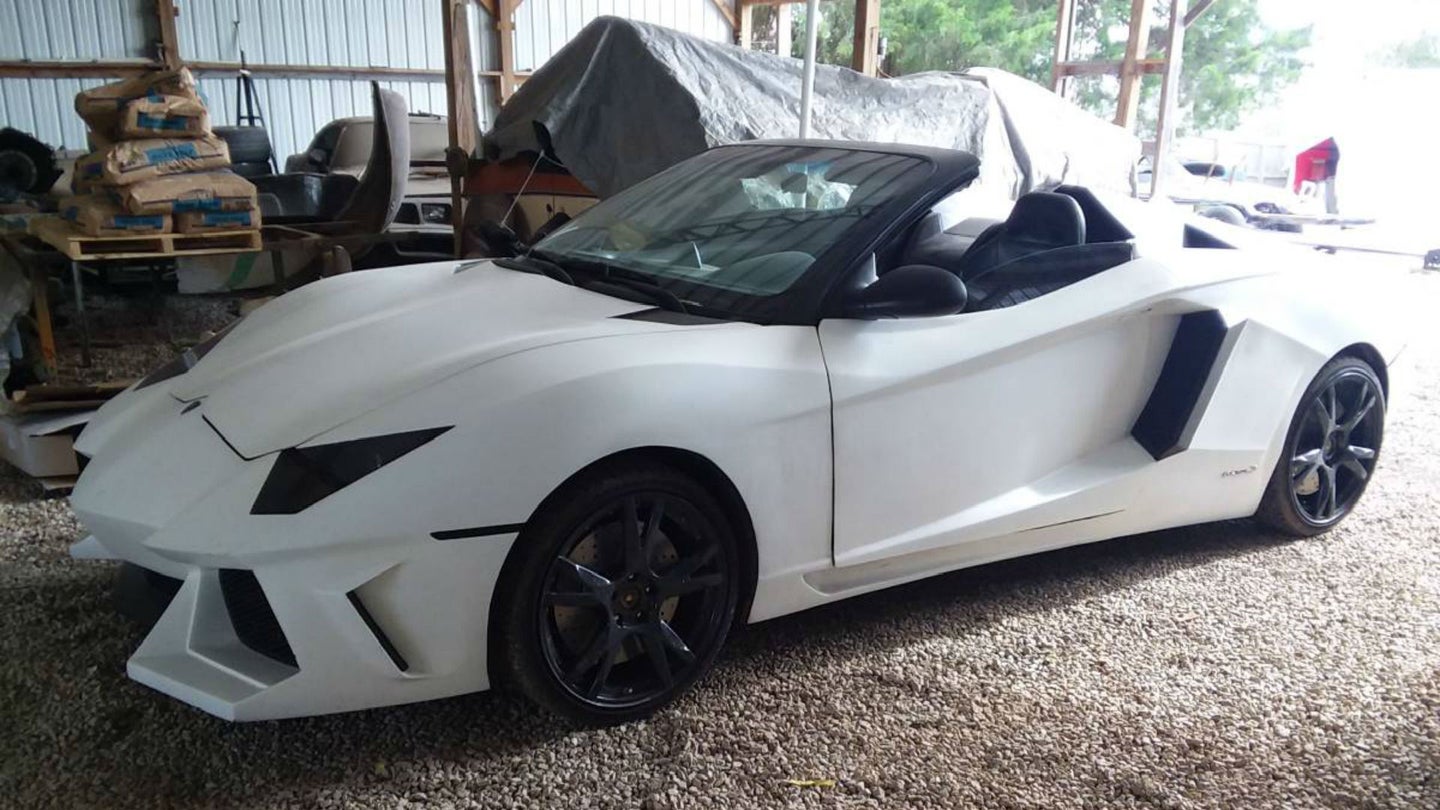 It's a good idea to follow your dreams; until, that is, they turn into nightmares. This Lamborghini Aventador replica, based on a 2004 Pontiac GTO, would have us laying awake in a cold sweat for all the wrong reasons.

They say that imitation is the sincerest form of flattery, but we doubt that anyone in Sant'Agata is smiling about this thing. In fact, we're sure that fans of Pontiac's Australian M3-killer are similarly upset.

Still retaining the GTO's front-engine, rear-wheel-drive configuration, this replica features a dummy powerplant to keep up appearances. However, starting off with a car that uses a different drivetrain blueprint than the one you're replicating results in some seriously messed up proportions.

Aside from the wacky (and frankly, ugly) proportions, we can see some waviness in the fiberglass work. White was a good choice for a paint color, as it hides many sins, but it can't hide everything. We do feel a little bit bad about belittling someone's hard work, but we're fairly confident that the finished product didn't exactly live up to their vision, either. That's probably why it's on sale on Craigslist in Huntsville, Alabama for $22,500—about 5 percent of the cost for a real Aventador.

We're guessing that this build was the result of a wrecked GTO. Since many of the body components had to be shipped from Australia, repair costs were expensive, and many GTOs were declared total losses by insurance after accidents. This may be a GTO's second chance at life, but if it could talk, we bet it'd wish it stayed dead.

Ever wonder what it’s like to be Ryan Gosling? Just spend a couple days tooling around in an open-top, 730-horsepower Italian supercar.

We finally meet the fastest production car to ever lap the ‘Ring (so far).