After breaking the internet earlier this year, the AXAS Interceptor is now on-the-move thanks to a twin-turbo V8. 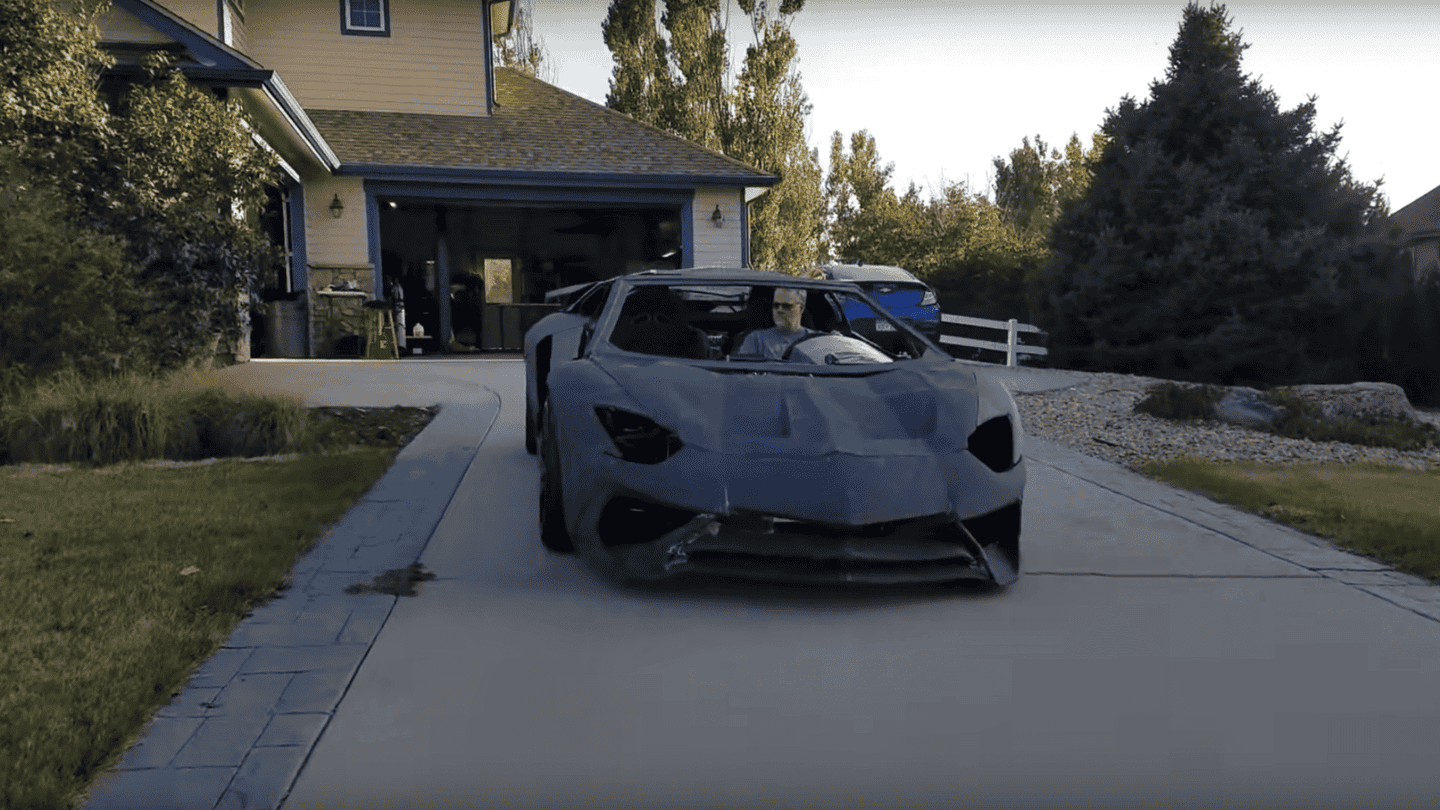 You might remember when we first covered 2019's Dad of the Year who, in collaboration with his son, 3D-printed a full-scale Lamborghini Aventador from home. Sterling Backus, a physicist and adjunct professor at Colorado State University, used his know-how to create the scratch-built supercar and made headlines when the body was all pieced together in July. The latest update, however, might be the sweetest as the machine is now moving under its own Corvette-sourced power.

Filmed by Backus' son and partner-in-crime, the AXAS Interceptor is seen—and more notably, heard—starting up and backing into the family garage. While the sound might not be as exotic as the normal Aventador's 6.5-liter V12, the Interceptor's twin-turbocharged LS1 V8 is still plenty impressive.

As you can tell by the high revs and slow clutch let-out, the 5.7-liter power plant sends its output to a manual gearbox—specifically, a Porsche 911-sourced transaxle. It drives the rear wheels only, as opposed to the Lamborghini's all-wheel-drive layout, but that helps to keep costs and complexity low.

Backus claims to have around $20,000 invested into the car, and that includes the price of the 220 spools of thermoplastic filaments required to create the body. Everything has been placed atop a tubular steel frame and, for suspension, the lookalike has a race car-inspired cantilver setup. It's even got power windows and air conditioning, making sure the duo can ride in comfort even with the custom-built top in place.

The Interceptor still needs a few components to be road-legal, like a windshield and headlights. However, it's well on its way to cruising the family's local streets while turning every head in the process.