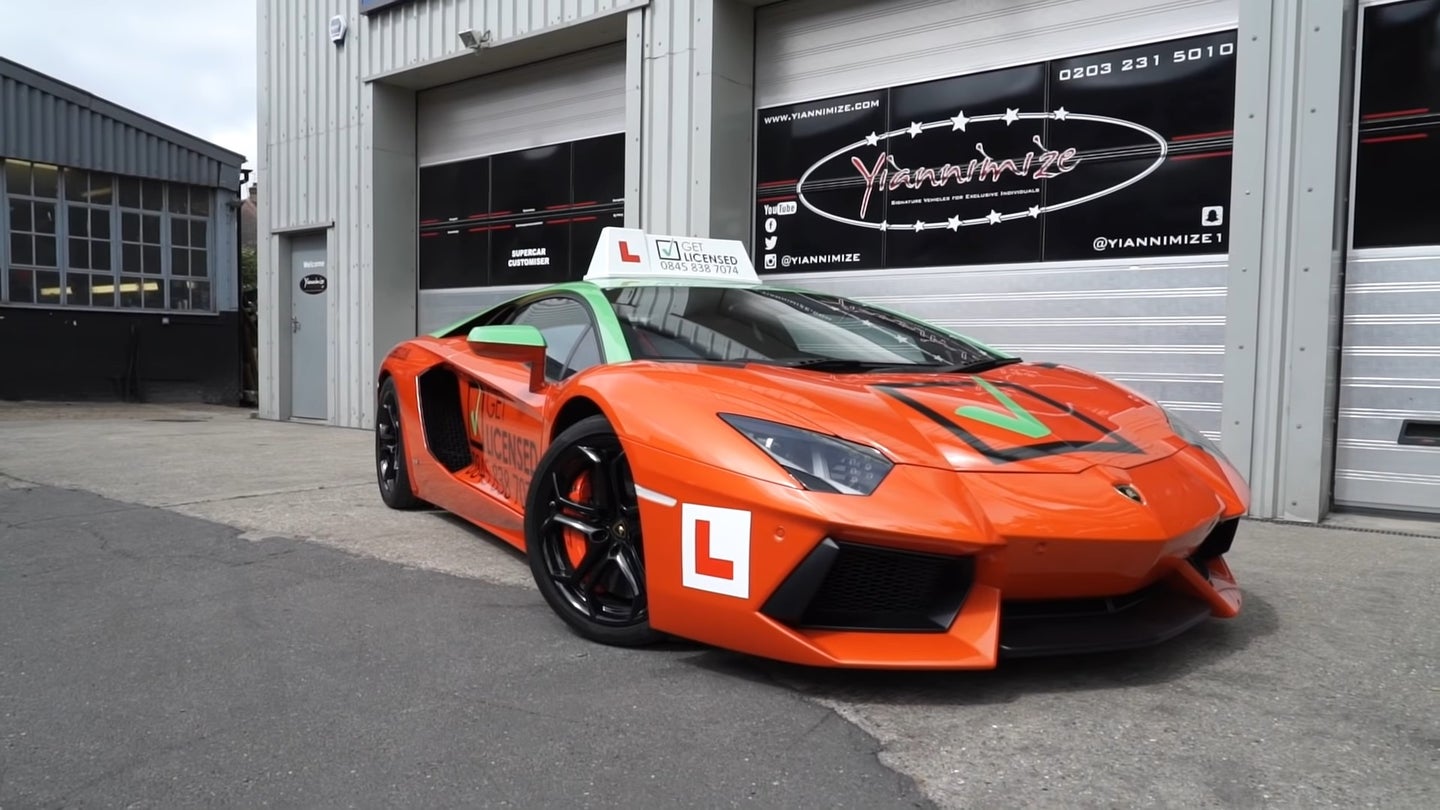 Chances are, you probably spent your driving school hours behind the wheel of a Toyota Corolla, Honda Civic, or some other similarly safe and practical econobox—and for good reason. Driving for the first time can be overwhelming and it's usually a prudent idea to do it in a car that's as fool-proof as possible. One UK driving school, however, is going against the grain and offering lessons in a $400,000, 691-horsepower Lamborghini Aventador.

Now to be completely fair, many modern supercars are in fact practical and docile enough to feasibly work as a learner's car...but we're afraid this particular generation of Aventador isn't really one of them. Even after a potential young driver gets past the ridiculous amount of horsepower, they must deal with some pretty atrocious visibility and an infamously finicky single-clutch automatic transmission.

On the other hand, throwing new drivers behind the wheel of an outrageously expensive, fast, and difficult car might just be the training they need to be an expert behind the wheel of more pedestrian machines. I mean, once they get the hang of the Lambo, their parent's Volkswagen Golf should be a cakewalk. Right?

Anywho, this particular Aventador has a bit of a history. It used to be owned by British YouTuber and rapper KSI who previously had the Lambo wrapped in chrome purple and then matte black. The car was then sold and picked up by Get Licensed.

Get Licensed offers driver education programs in the UK, and it appears that it uses third-party contractors like Uber does, but it may also have its own fleet of vehicles for young learners, which the Lambo seems to be part of.

In any case, watching Get Licensed's video on the whole thing, the decision to let learners behind the wheel of a bright orange Italian supercar smells a lot more like a marketing stunt than a serious suggestion. Especially considering 10 lessons in the so-called "Learnerghini" costs the British equivalent of around $26,000, around the same money other, more plebian driving schools spend on that entire Corolla.

Face it, you’re not Mario Andretti. You need to go back to school.