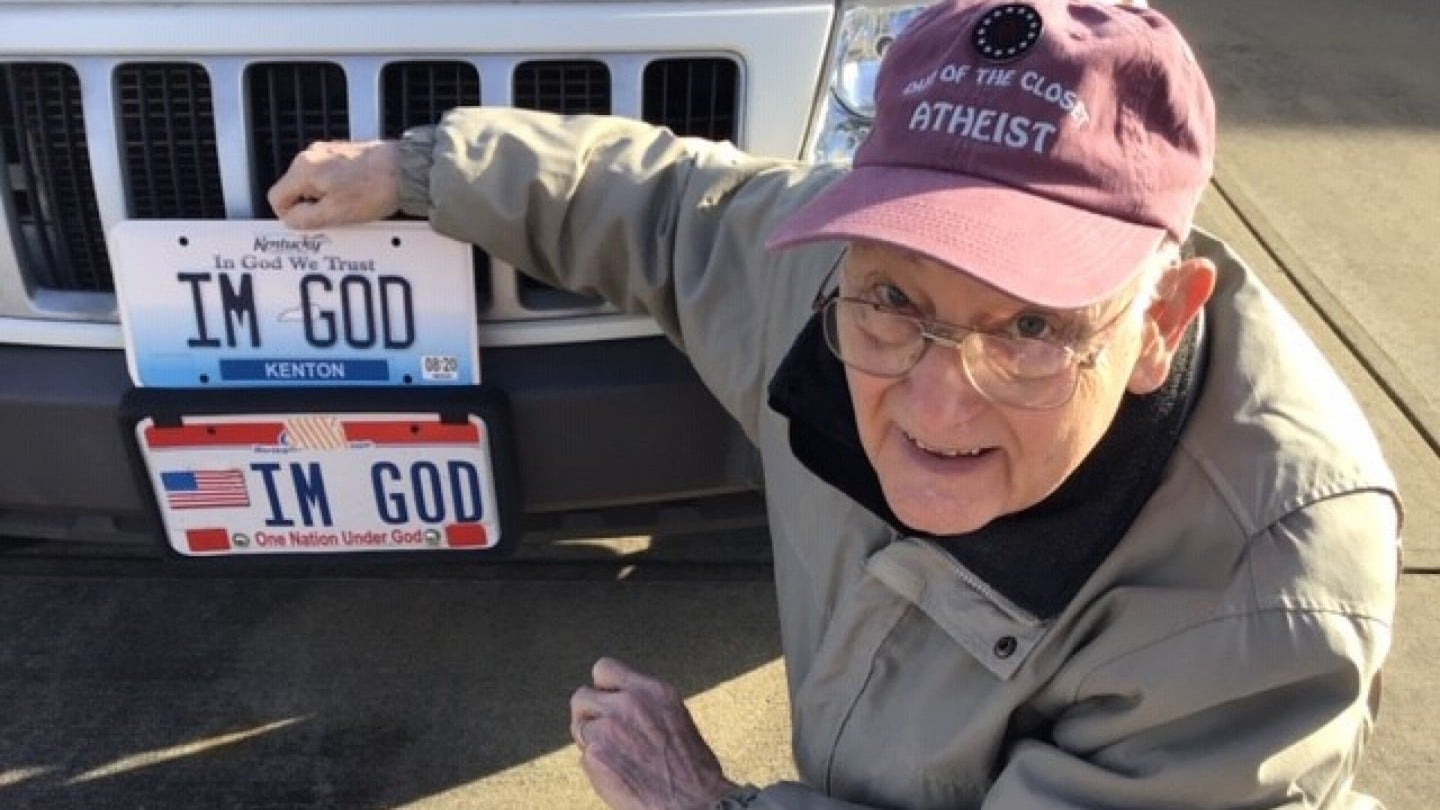 After taking the issue to federal court, a Kentucky man was recently granted the right to his controversial custom license plate that was initially deemed by the state to be "in bad taste." Ben Hart's Jeep Grand Cherokee now proudly wears a plate with the message "IM GOD," and while seemingly nobody can prove he isn't actually the Almighty, we're sure plenty of people will try.

Kentucky initially rejected his application for the plate, stating that it met the criteria to be "obscene, vulgar, or in bad taste." The ACLU and the Freedom From Religion Foundation stepped in to argue that the denial violated his constitutional right to free speech. After a four-year legal battle, the courts finally agreed and Hart was able to walk out with the "IM GOD" license plate. A federal judge also ordered the Kentucky Transportation Cabinet to pay more than $150,000 to cover his legal fees.

Hart applied for the plate after moving from Ohio in 2016, where he'd already had the message on his vehicle for 12 years. Only a few people had bothered to confront him over the message during that time, including one woman who insisted that he couldn't possibly be God. Hart's reply was that if she could prove it, he would give her the $100 bill he'd been "carrying around for over 20 years for the first person that can prove I'm not God." Perhaps unsurprisingly, he claims to still have the $100.

“To allow such plates as ‘IM4GOD’ and ‘LUVGOD’ but reject ‘IM GOD’ belies viewpoint neutrality,” the court stated.

Hart's battle over the plate in Kentucky ended in his favor, but he's far from the first person to take such a case to court. In fact, other states have already moved to do away with most forms of censorship when it comes to license plates. After a breast cancer survivor received flack for their "BQQBS" plate, Maine passed legislation to allow most messages, excluding "fighting words" or language that is blatantly racist or offensive. New Hampshire even ruled in favor of a man who wanted a "COPSLIE" plate, and a Vermont woman is still fighting to keep her "SHTHPNS" message.