Today on Speed Lines: The end arrives for GM's famed Australian brand, and Tesla hits a speed bump in Germany. 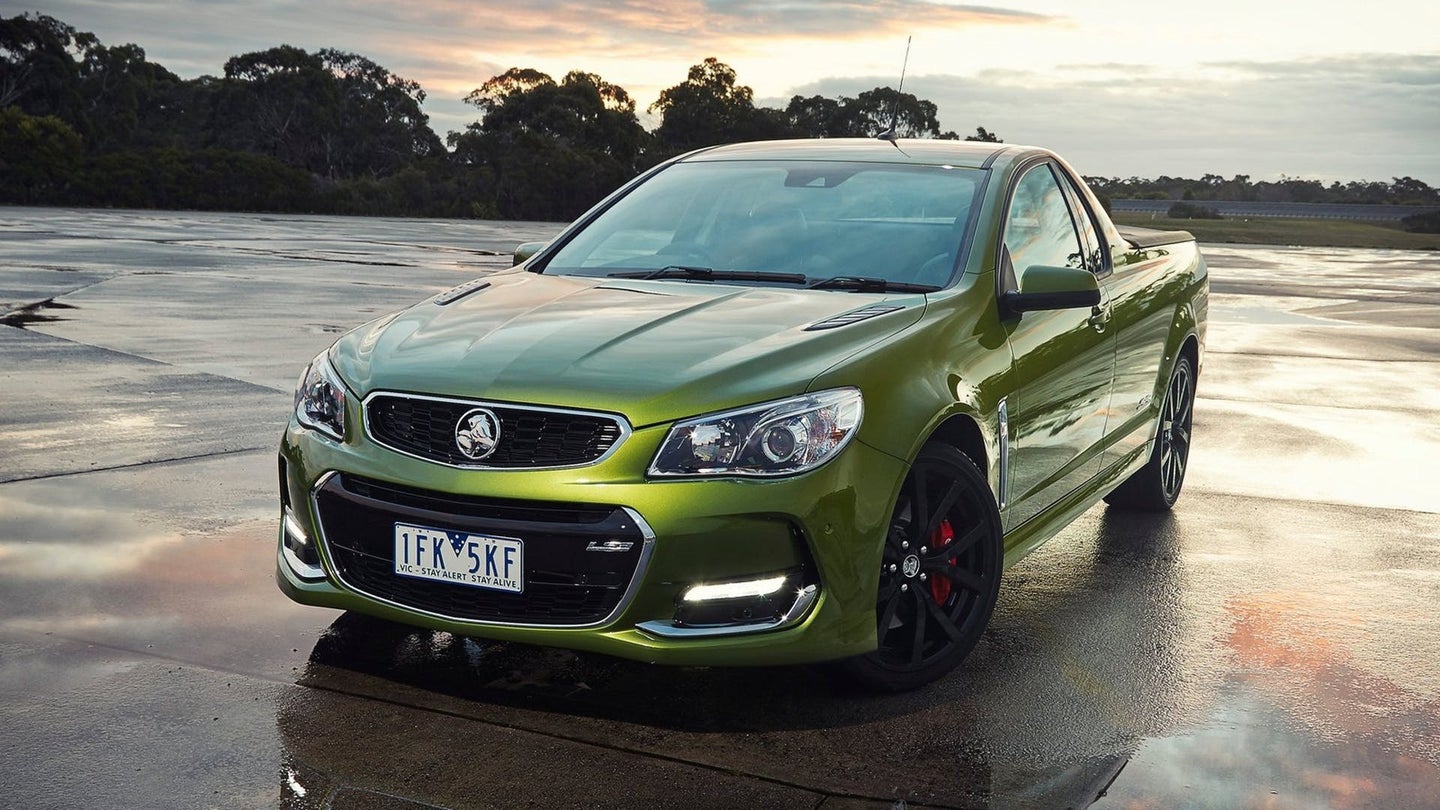 A good Presidents Day 2020 to you and yours. We hope you are enjoying it immensely. But The Drive's morning Speed Lines news roundup doesn't take a break, and today we're talking Australian cars, Tesla, Nissan and more.

Holden Gets The Axe

Sad news today for anyone who's a fan of big V8 engines, massive burnouts, and the occasional ute: General Motors has announced that Holden, its 164-year-old Australian subsidiary, will close up shop by 2021. Sales, design, and engineering for the brand will all cease in Australia, marking the final blow to that country's homegrown automotive industry.

In recent years Ford also ceased Australian production, but that brand at least still exists down under; with the end of Holden, GM announced it is pulling out of the Australian market entirely. Around 800 employees in Australia and New Zealand will be affected, according to news reports.

The company said the decision was, not surprisingly, driven by a desire for cost savings. GM also said it will pull out of Thailand and offloaded its factory there to China's Great Wall Motor Co. Here's a GM statement:

GM President Mark Reuss said the company explored a range of options to continue Holden operations, but none could overcome the challenges of the investments needed for the highly fragmented right-hand-drive market, the economics to support growing the brand, and delivering an appropriate return on investment.

“At the highest levels of our company we have the deepest respect for Holden’s heritage and contribution to our company and to the countries of Australia and New Zealand,” said Reuss.

“After considering many possible options – and putting aside our personal desires to accommodate the people and the market – we came to the conclusion that we could not prioritize further investment over all other considerations we have in a rapidly changing global industry.

“We do believe we have an opportunity to profitably grow the specialty vehicle business and plan to work with our partner to do that,” he concluded.

Holden's lineup over the years included the iconic Commodore sedan, which America got versions of as the Pontiac G8, Chevrolet SS, and police-spec Chevrolet Caprice; several truck-car hybrids that lived under the Ute nameplate; and various rebadged versions of GM products from other markets.

The brand is—or was, at least—a source of great national pride to many Australians, but it had been on the rocks in recent years. Holden's Elizabeth plant in South Australia built the last Commodore sedan in October 2017, marking the end of local car production there. The Holden portfolio since then had been a collection of GM imports from Germany and the U.S. and other places.

Why Is This Happening To Holden?

It is a shame to see Holden come to an end, as the brand had produced many enviable high-performance sedans over the years. Even its humble, everyday stuff had a special place in the hearts of many Australians. But GM, like every other legacy automaker, is preparing for a massive, costly shift to electric vehicles and autonomy. It has to cut costs everywhere it can to pay for that.

And under CEO Mary Barra especially, GM seems to have no interest in holding onto struggling components of a one-huge international portfolio out of sentimental value. The automaker sold its perpetually money-losing Opel division to France's Groupe PSA in 2017. Given declining sales globally and in Australia specifically, and how local production had already ceased, it's no surprise Holden was finally shown the door. (Here's a timeline from Reuters on how GM has pared back its international operations over the past 10 years.)

In general, it feels like we're beginning to see the end—or at least the steep decline—of car production tailored specifically to local markets. It's much cheaper to standardize everything and have a lineup that can be sold in many places, and as Reuss noted, the high cost of right-hand-drive vehicle production is too much to bear for a small market like Australia. The advent of EVs and autonomy will surely speed up that trend as well.

Anyway, if you own a Commodore or a Ute or even a Chevy SS, pour out some tire smoke today for a real one. The auto industry as a whole is a bit less special and a bit less interesting with Holden gone.

Amid concerns that it could be a threat to local wildlife and water supplies, a German court approved an injunction that halts work on Tesla's new Gigafactory plant in Grünheide. The order is subject to more hearings, the BBC reports, but it is being touted as a win by environmentalists concerned over the factory's local impact:

The dispute highlights the risks for the US carmaker, which has not been officially granted permission to build the factory. Tesla was, however, granted permission by Germany's environment ministry to begin site preparations "at its own risk".

This has involved clearing about 91 hectares (225 acres) of forest and the felling of thousands of trees - something that outraged an alliance of environmentalists called the Green League.

In a statement on Sunday, the court representing the Berlin and Brandenburg region cautioned: "It should not be assumed that the motion seeking legal protection brought by the Green League lacks any chance of succeeding."

The German Gigafactory is important to Tesla's international expansion plans; the aim is to build up to 50,000 cars a year there.

It's never great when you start a new job and there are already rumblings about whether you're sticking around long-term. But Nissan is in extremely rough shape, and new CEO Makoto Uchida doesn't have the luxury of taking things slowly until he learns the ropes. Citing sources within the company, Reuters reports Uchida is effectively "on probation" until he can show some progress with cutting costs and amping up profits:

One of the people familiar with the intentions of some of Nissan’s 10-member board said an assessment of Uchida’s efforts and a decision on his future would likely be made toward the middle of the year.

“Probation is more or less the right way to describe the situation Uchida is faced with, if not more serious,” the source said this week.

“In the worst-case scenario he could be shown the door.”

A Nissan spokesperson vehemently denied this, saying there is no process by which a CEO would be on probation. But it's indicative of how internally divided the company is as it deals with several years of slumping and the continued fallout from the Carlos Ghosn scandal. For example, Uchida was supposed to come in with a tight team of senior executives Ashwani Gupta and Jun Seki, but that hasn't exactly panned out. From the story:

Chief Operating Officer Gupta, meanwhile, has griped privately to colleagues about having a dysfunctional working relationship with the new CEO, according to two of the sources, but he is committed to work with Uchida to turn Nissan around.

One source said the board would not brook internal squabbles or procrastination among Uchida, Gupta and the rest of the executive team: “The biggest problem is nothing getting done, at a time when we need to take decisive actions.”

How long will they give Uchida to turn things around? It's not like that's a ship he can turn around overnight.

With In-Car AR, Drivers Get a New View of the Road Ahead (Wired)

The Brutal Lessons Gaming Taught Me About Revolutions, Robots, And War (Kotaku)

With the development of generalized AI, what’s the meaning of a person? (TechCrunch)

Was finally ending Holden the right move for GM?