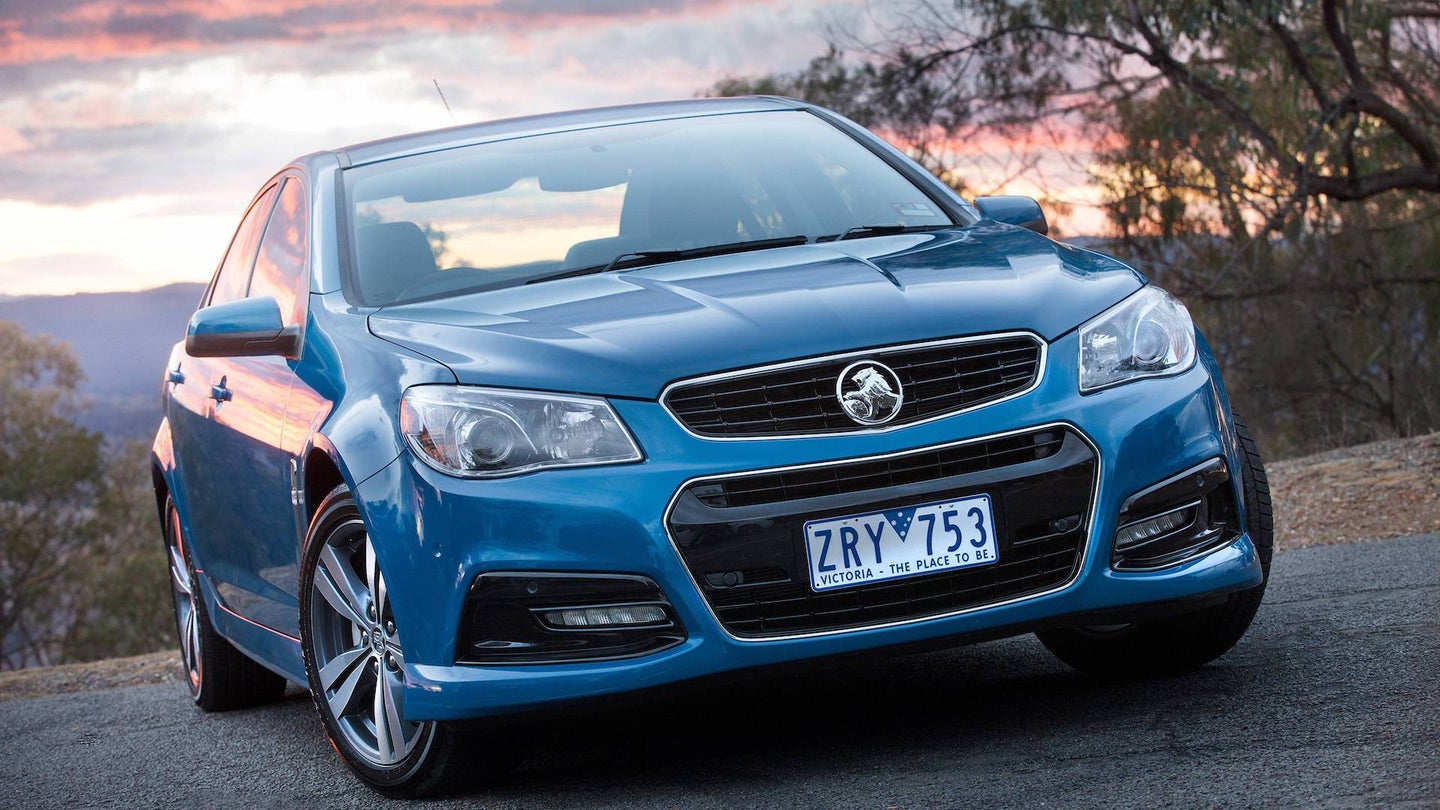 Lower your flags to half-mast, for the king is dead: Holden will retire its flagship Commodore sedan in 2020. Thankfully, it's race cars will continue to live for just a little bit longer.

Originally introduced in 1978, the Commodore is best known for its rivalry with the Australian-built Ford Falcon, with the two competing both in showrooms and on track in Australia's signature touring car race series, the Supercars Championship, known abroad simply as "V8 Supercars." Their feud reached its peak when Australia's full-size sedan segment reached a high of 217,882 sales in 1998, fueling an era of the Supercars Championship on which fans still look back today.

New car buyers' tastes have since migrated toward SUVs and CUVs, and sedans have suffered worse than any other segment. The Commodore's Ford foe bit the dust in 2016, and the Falcon will soon have its brother-from-another-mother join him in the afterlife, as Holden confirmed Tuesday that the Commodore "ZB" will go the same way as the Buick Regal on which it's based: Away.

The Commodore is partially a casualty of Holden's cost-cutting measures, which will be necessary to secure the brand's future. General Motors's Australian marque has been in a tailspin since 2017, recording 18 straight months of falling sales as of October, its sales volume hitting its lowest point since 1948. The company believes that the only way to save itself is to get with the times and sell people what they want to buy—crossovers, SUVs, and pickup trucks (which they call "utes").

"The decision to retire the Commodore nameplate has not been taken lightly by those who understand and acknowledge its proud heritage," said Kristian Aquilina, the automaker's Interim Chairman and Managing Director. "The large sedan was the cornerstone of Australian and New Zealand roads for decades. But now with more choice than ever before, customers are displaying a strong preference for the high driving position, functionality and versatility of SUVs and Utes."

Holden Commodore bodies will continue to race in the Supercars Championship through 2021 at the minimum, reports Autosport, though as the series's cars have been silhouette racers for almost as long as NASCAR, these are but zombies of the Commodore, reanimated to roam the Earth against their will. If it's time the Commodore crosses the Styx, for god's sake, let it.