That’s one way to stand out. 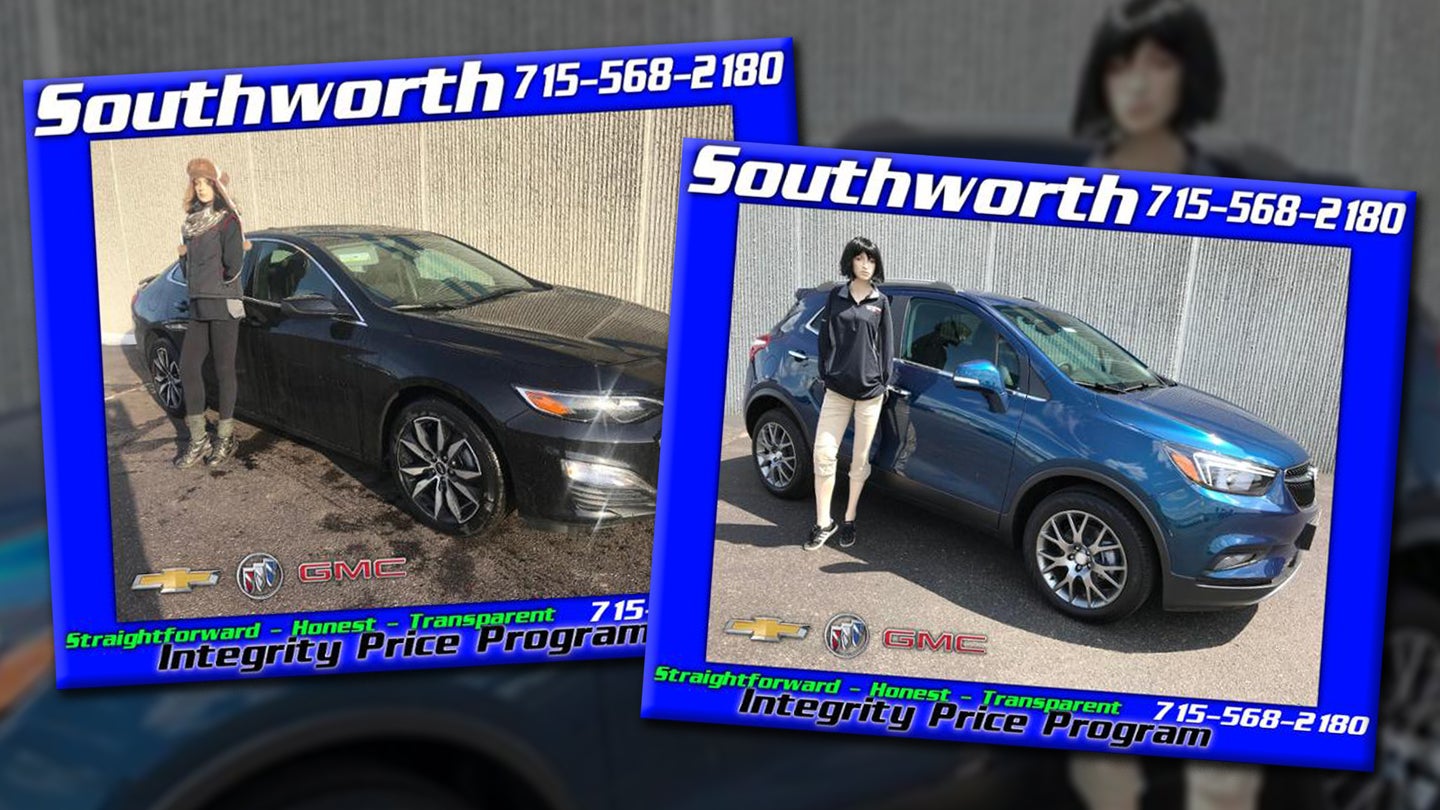 Tired of the same old front three-quarter picture in every new car dealership's online ads? A Wisconsin shop has figured out a surprisingly effective (and slightly creepy) way to make their shots stand out—by sticking a department store mannequin in there to pose with the car. Welcome to the weird and wacky world of Southworth Chevrolet Buick GMC.

The chosen models for the Bloomer, Wisconsin General Motors dealer aren't the usual flesh-and-blood booth babes often seen at auto shows. Instead, the dealership alternates between male and female mannequins dressed appropriately for the season, and oftentimes depending on what type of vehicle they're posing with.

The Drive called the dealership to ask where this clever idea came from, and a dealership representative said that this started out as a joke in the sales department quite a while ago.

"They kept going with it," the dealership employee told The Drive. Why? Why not?

Really, it's just a clever way for a dealership to grab your attention. It's such a unique schtick that I saw it all the way from Texas when Michael Woyahn posted it to OppositeLock.

These mannequins are different enough from actual humans such that this is just funny. Think the cute crash test dummy

commercials of yore, not the weirdly humanoid Boston Dynamics robots that will eventually gain sentience and eradicate humanity. Mannequins have been used along with cars before, often in collections' displays, but I haven't noticed any in dealership ads before.

The two mannequins alternate often enough that you'll see both go in front of a variety of cars, with neither mannequin typecast by gender into representing certain kinds of vehicles. As a woman who's tested larger trucks before and gotten odd looks for it, I definitely appreciate that.

Oddly enough, putting these plastic people in their ads makes the dealership seem a little more human, a flash giving you the sense that there are indeed real people—weird, probably good people—behind the scenes.

“It’s your Uber driver, you forgot your single Gucci flip flop in my back seat.”