The Swiss drone-manufacturer wants to establish itself as king of large-scale aerial mapping and surveying and its WingtraOne PPK might get it there. 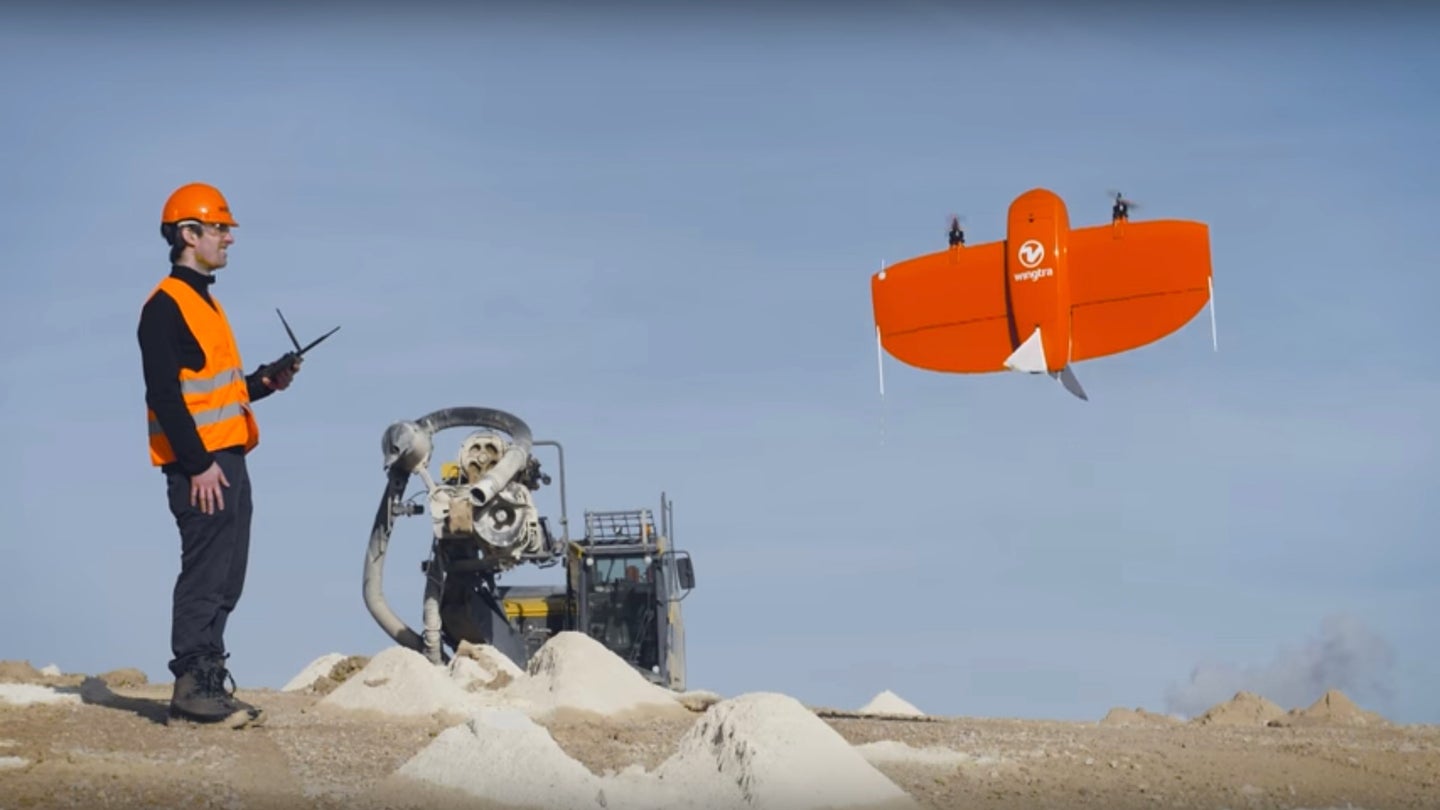 Drones are becoming an invaluable tool for inspection, monitoring, and surveying purposes. While modern unmanned aerial vehicle technology is seemingly already perfected for basic use in law enforcement or recreational drone racing, the fine-tuning and refinement of mapping software still has a ways to go. Zurich-based drone manufacturer Wingtra comes is hoping to set a new standard for large-scale surveying and mapping needs. The company’s new drone, the Wingtra PPK (post-processed kinematics), was developed with that goal in mind.

According to sUAS News, the task required photogrammetry software company Pix4D’s assistance regarding the mapping, as well as PPK-focused company Septentrio to lend a hand. The final result is apparently so precise, it can construct orthomosaic maps and 3-D models with an accuracy of a fairly-negligible .4 inches. “With the latest upgrade, our drone WIngtraOne PPK can offer something that has never been seen before in drone photogrammetry - broad coverage and high resolution at ultra-precise accuracy,” said CTO of Wingtra, Armin Ambühl.

The sophisticated tech here can cover so much ground, Ambühl describes the area as "equal to 240 football fields. That is an astonishing amount of ground to cover, while software is simultaneously working on creating orthomosaic maps and the ability to construct 3-D models, with a precision as accurate as described. In addition to that, this isn’t your typical surveying or mapping drone, such as a fixed-wing or multirotor vehicle, the WingtraOne PPK is a vertical take-off and landing (VTOL) drone, which allows it to both cover large areas and also collect accurate data.

“Wingtra’s advantage is twofold - VTOL (vertical take-off and landing) and the latest PPK technology,” said Ambühl. “VTOL combines the best of both worlds: multirotors and fixed-wings. Vertical take-off and landing means hands-free operation and a smoother ride for the on-board sensors. Secondly, efficient flying in fixed-wing mode means far greater coverage than any comparable multirotor.” Regarding the eponymous post-processed kinematic capabilities here, the WingtraOne essentially uses both its own geolocation and the data from a nearby receiver creating a more precise reference for each captured image instead of relying on only one of those data-sets. “We are truly excited to reach such unprecedented accuracy results,” said Ambühl.

According to sUAS News, once the drone has captured the desired data, Pix4D’s post-processing software constructs the orthomosaics and 3-D models from the images geotagged by Septentrio’s tech during flight. This is where a tangible outcome finally presents itself, since “after post-processing the data, results become visual - the orthomosaics and [3-D] models are extremely detailed and enable very precise calculations,” Ambühl explained.

Let's take a look at the WingtraOne PPK in action, shall we?

The Swiss company seems eager to establish its WingtraOne PPK as the go-to system for large-scale mapping and surveying purposes. Considering the thought through design and functionality, it seems that Wingtra’s approach might actually generate that result. “With the combination of VTOL capability and the PPK, we see a clear advantage over the current aerial surveying solutions,” said COO of Wingtra, Maximilian Boosfeld. “I believe that WingtraOne will generally replace fixed-wings in large coverage mapping missions in the near future as we have just set the new industry benchmark in drone photogrammetry.”

We’ll certainly keep our eye on Wingtra’s new drone and the surveying industry, and see if we don’t find the WingtraOne PPK employed increasingly over time. Stay tuned.