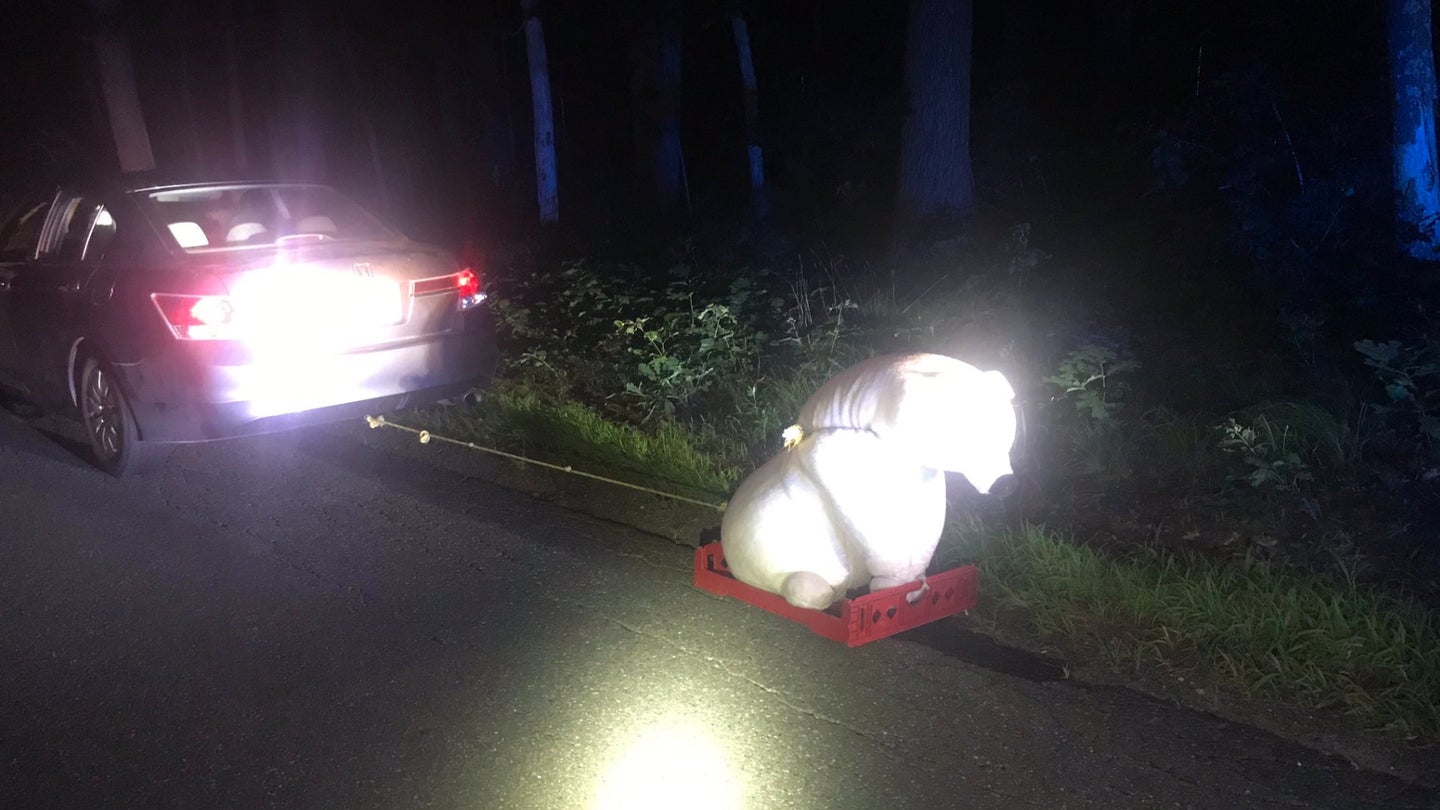 In a move that we'd normally expect from Florida man, a Massachusetts driver was stopped this week after being spotted towing a stuffed bear on a plastic crate from the back of a Honda Accord. Brought to our attention via WHDH, public safety officials from the town of Stow are reminding motorists to only tow things that are supposed to be towed. In other words, not stuffed bears (including real or stuffed animals of any species) haphazardly tied to a rear bumper.

"Remember if you give your stuffed bear a ride behind your car he will want to ride on the roof next," Stow Public Safety warned on Twitter. "Please be smart when driving your car and don’t tow things that are not suppose to be."

Judging from the #allwasok hashtag, it doesn't sound like this fluffy adrenaline junkie caused any harm.

Unfortunately, not much else is known about the situation. Like why exactly did this driver think "sitting on a crate, tied to the back of the car" was the optimal way of transporting a big stuffed bear? Was this person already in possession of the crate beforehand for this exact scenario or was it something they had to procure the day of? Is that Accord the V6 or four-cylinder?

In all seriousness, the next time you and four other adults decide to go to the carnival with a truck full of stuff, we suggest calling your furry friend an Uber in order to avoid any trouble with the law.

This is what emergency responders face every time a motor vehicle accident happens on Bear Mountain.