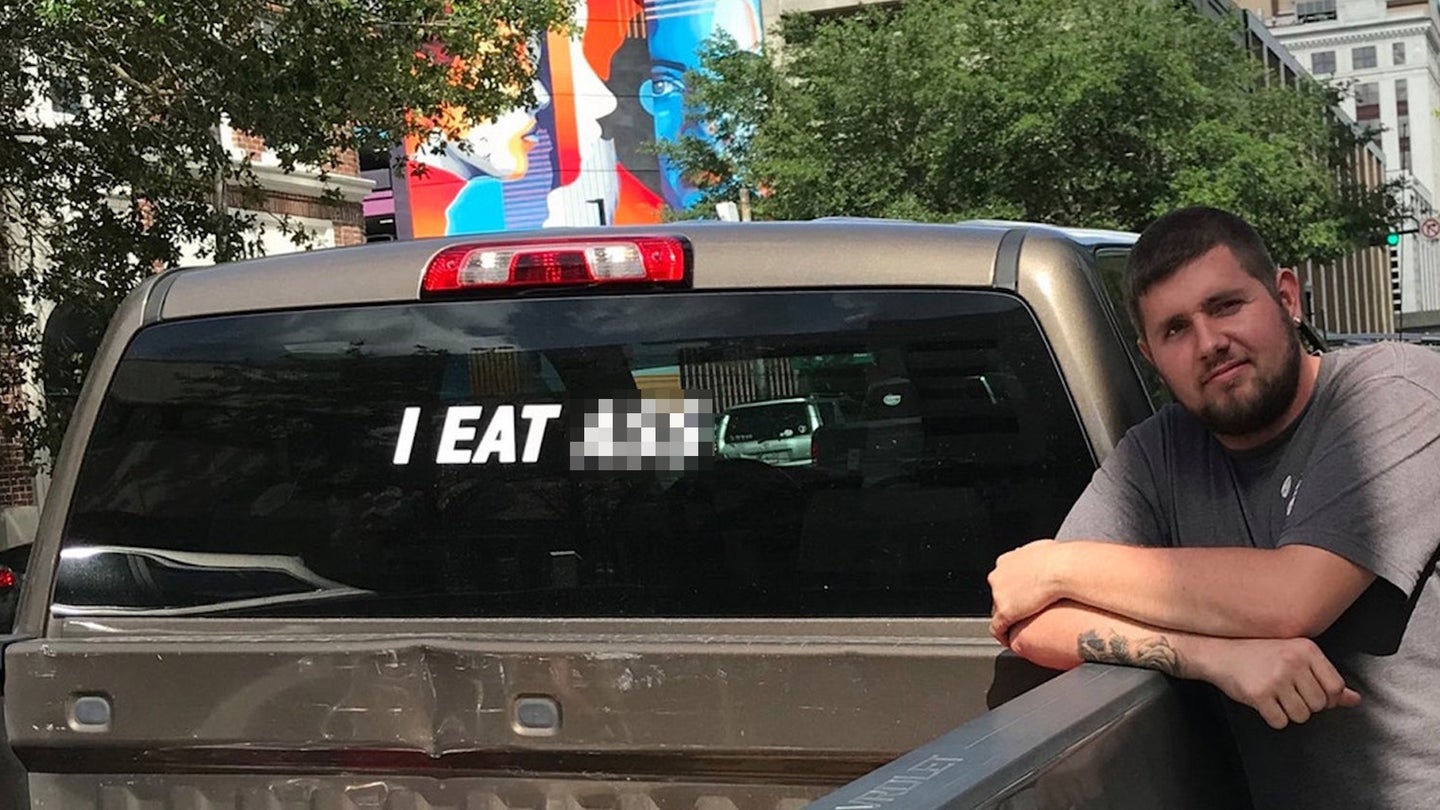 Florida man has been busy and up to no good lately, but he's spared enough time to celebrate a hard-earned Constitutional victory on Monday. After being arrested last week for a vulgar sticker appearing on the back window of his Chevrolet Silverado pickup truck, 23-year-old Dillon Webb's charges were dropped by a state court following his arrest.

"Having evaluated the evidence through the prism of Supreme Court precedent it is determined the Defendant has a valid defense to be raised under the First Amendment of our United States Constitution," said Florida Assistant State Attorney John Durrett in a docket filed last Thursday. "Given such, a jury would not convict under these facts."

Perhaps the two most infamous trials which helped to shape Webb's defense were Baker v. Glover (Alabama) and Cunningham v. State (Georgia), both of which are staple references when arguing that bumper stickers are protected under the First Amendment.

According to the New York Post, Webb stood up to the deputy to show that "police officers are not above the law," and, while admitting that there are limits to where Freedom of Speech can apply, his particular circumstance was "just funny."

In the video of Webb's arrest, Webb was adamant that his sticker was not derogatory. It was shortly after that point where Webb refused to remove an "S" from his sticker and the officer issued him a summons for obscene writing on his vehicle, as well as resisting an officer without violence.

The Bonderud Law Firm in Jacksonville, Florida revealed that they have been retained by Webb, stating that they will now "transition from defense to offense."