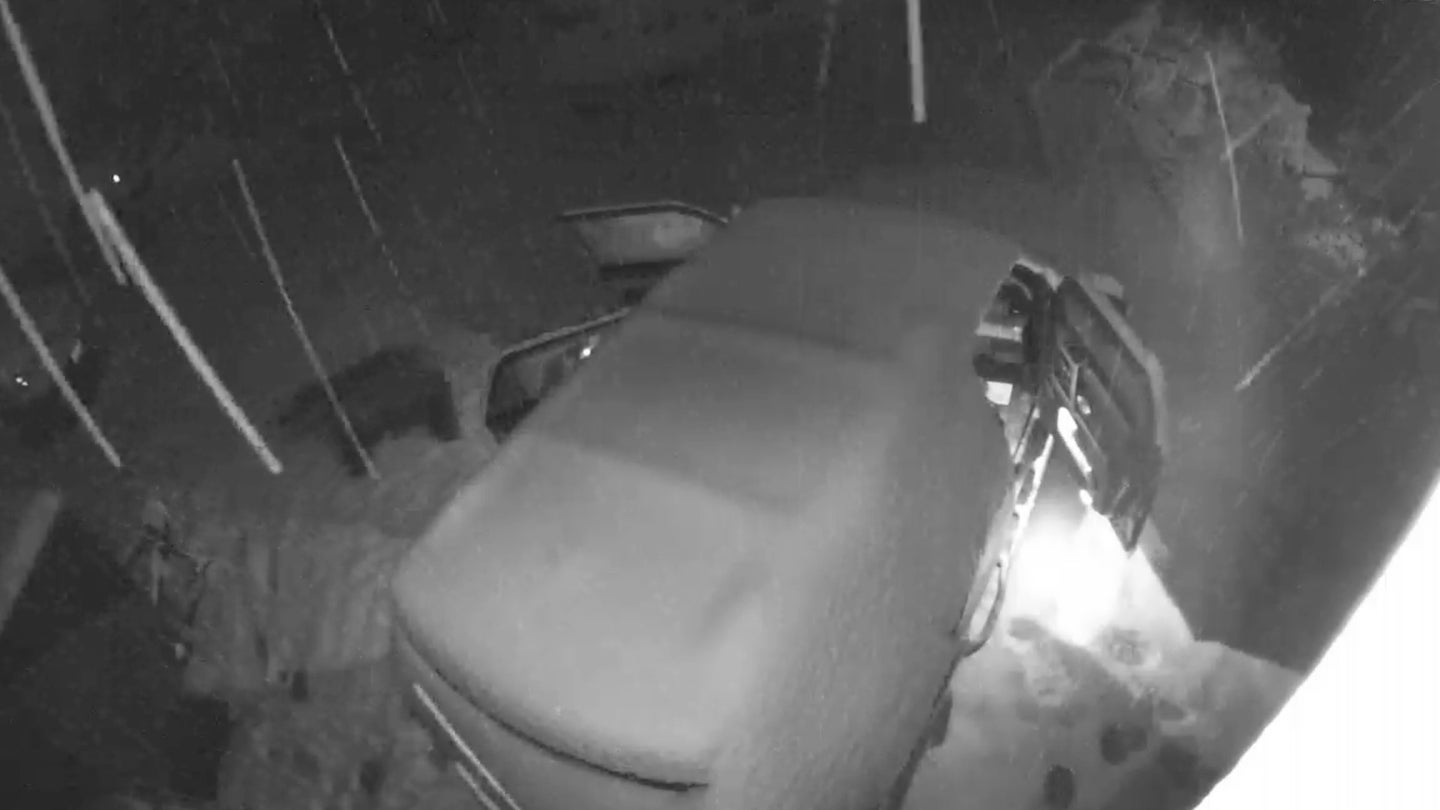 A mischievous bear broke into a parked car in his quest for tasty snacks during last week’s snowstorm in Boulder, Colorado. But unfortunately for the owner, he forgot to close its doors before wandering off.

Red Van Workshop, a tech consulting firm that builds, repairs and maintains websites for companies like New Balance and Patagonia, told The Drive that the incident took place at an employee’s home over the weekend.

"This was taken by one of our employees at his residence in west Boulder, CO. We do not have a central office and all work remotely, but a large group of us live in the Metro Denver area, and Boulder in particular," the company told us. "It happened over last weekend, Saturday night."

It appears that the bear initially wandered around the house for a bit before noticing the snowed-in vehicle. Fortunately for us, the whole thing was captured by the employee’s security cameras.

While the tweet packs a fair amount of humor and it's pretty exciting to watch, the idea of having three of your car doors open during a Colorado snowstorm is a wince-inducing prospect. There’s no telling just how damaged the vehicle’s interior is, but it probably isn’t pretty.

We’ve reported on the oddly common combination of bears and motor vehicles for a long time now. Last year, it was a California bear aptly named Yogi riding shotgun in a Lamborghini through Huntington Beach, and in Alaska, a Shelby Cobra was mauled by a bear in search of cookies. When it comes to bears and cars, however, Colorado takes the cake, as one ingenious bear managed to drive a Subaru Forester straight into the owner’s mailbox before running off into the wilderness.

If you know and trust your neighbors enough to leave your car unlocked overnight but live in a heavily forested area, you might want to reconsider your safety measures. Bears have yet to sign the same social contract as us and will do as they please.