When it comes to things you'll never forget, it's heard to beat a living bear chilling in an Italian sports car in California. 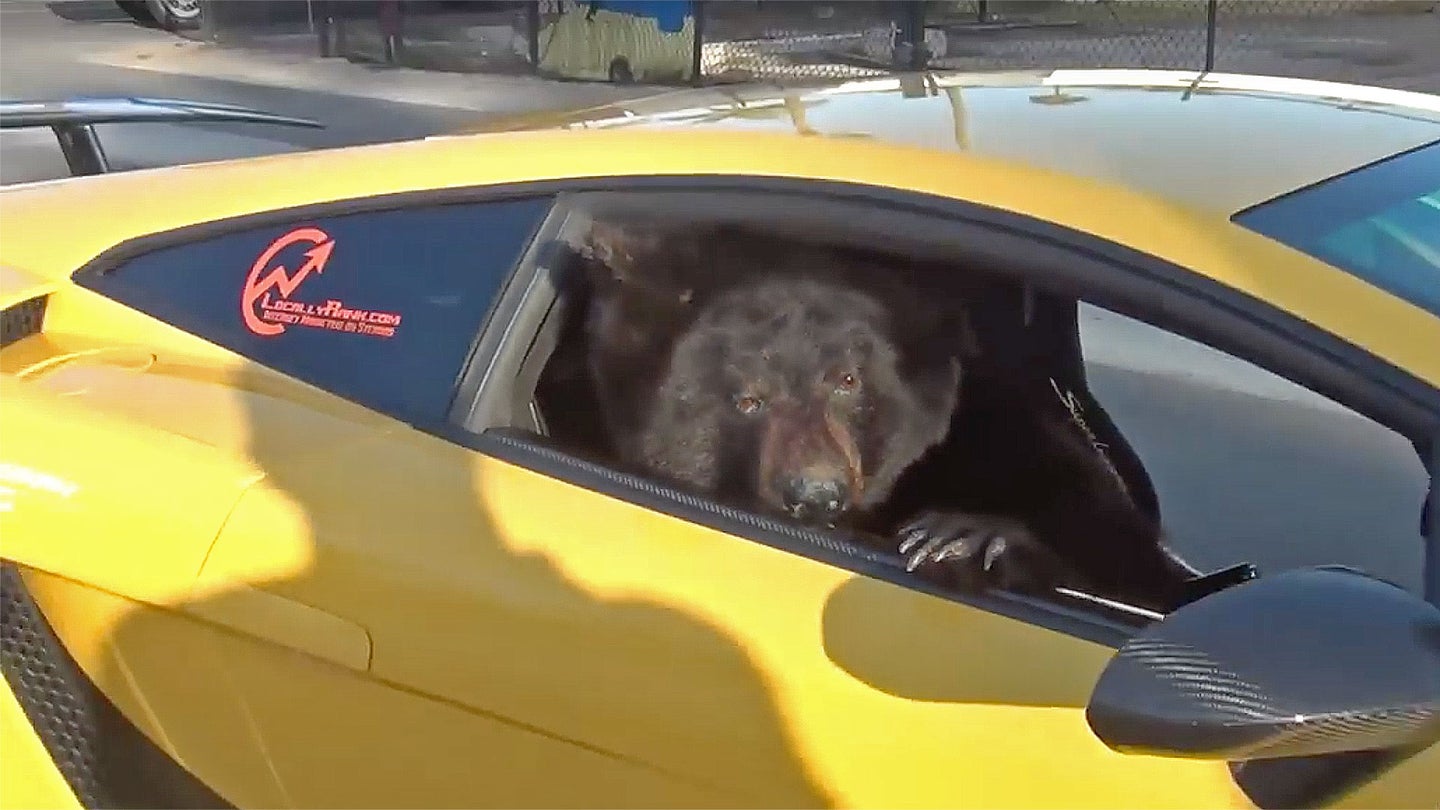 There are some sights you can never forget. A bear riding shotgun in a bright yellow Lamborghini is one of those things.

In November 2013, images and video of a bear calmly riding in the passenger seat of a Lamborghini Gallardo shot onto the Internet. Three years and change later, though, the image is still drawing eyeballs—so we here at The Drive figured we should pull something of a "throwback Thursday" and shed some light on the ever-viral content.

Yup, it's a real bear in a real Lamborghini

The bear, whose name is apparently Yogi, sat in the Gallardo while being driven around Huntington Beach, California. As it took its ride, people kept running up to the yellow Italian sports car to try and get a picture with the lax bear.

It truly was a sight to be seen. Probably because most people probably don't think of bears as animals that are calm enough to throw inside a car, especially not a cramped Lamborghini.

But hey, it made for a damn cool video.