Consider this vintage Volvo wagon the maniacal Ital-Swede ride of our wildest dreams. 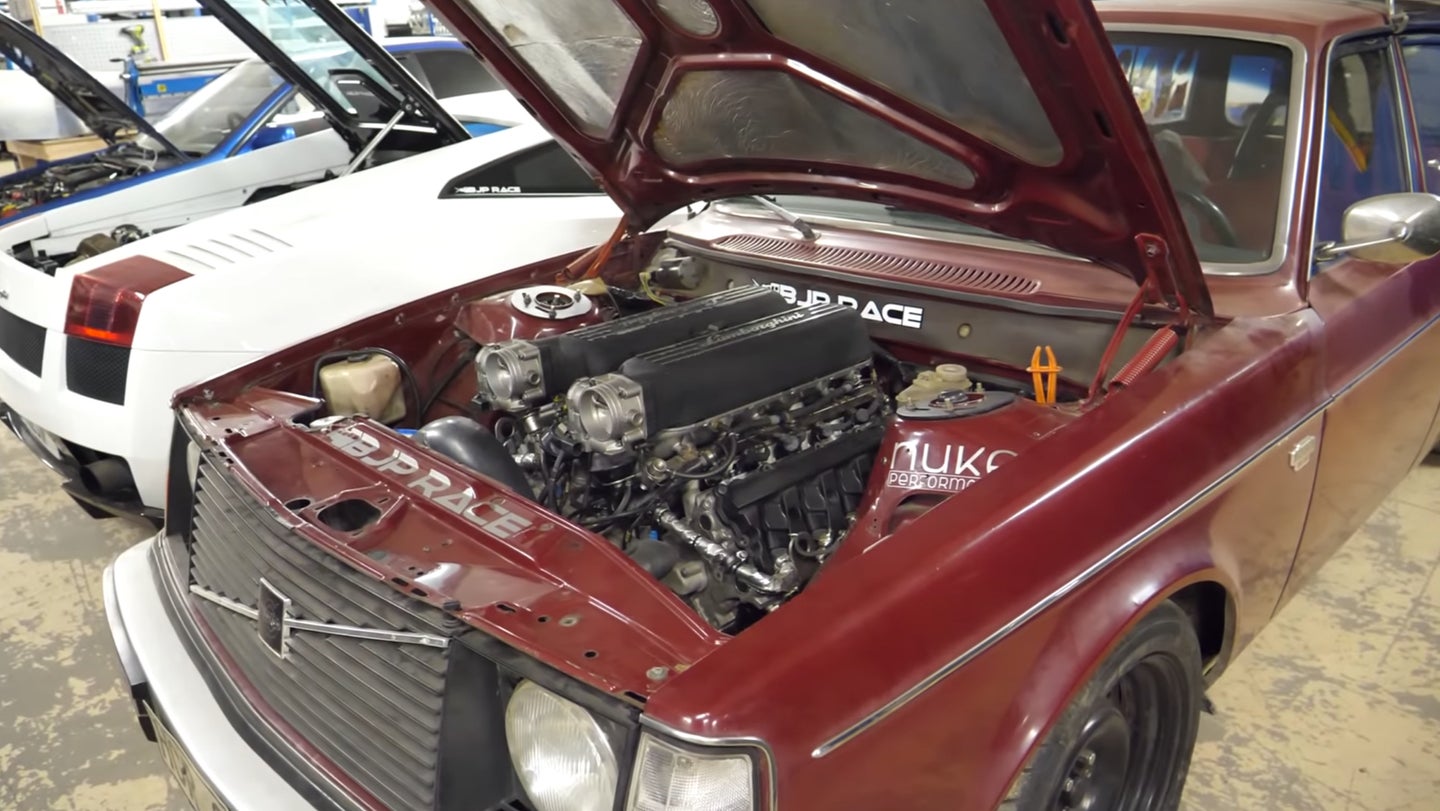 Why would anyone in their right mind remove the Toyota Supra's beloved 2JZ engine from the engine bay of a 1975 Volvo 245 wagon? That's because Peter Bjorck had an even crazier idea for his wonderful vintage ride: install the 5.0-liter V-10 from a mid-2000s Lamborghini Gallardo GT2 race car instead.

The Supra-swapped 245 was a true delight, laying big, smoky drifts down with a wastegate pipe that stuck right out the side of the engine bay. He even has a stuffed dog riding in the back like the old Volvo 850 Estate BTCC racer!

The wastegate pipe is going away, though, as the big V-10 isn't turbocharged. Bjorck plans to enjoy it as-is for now, and given that the Lambo engine cranks out over 500 horsepower already, it should be more than fine.

That being said, the project is still a work in progress. The engine is in the bay right now, but some of the accessories and the exhaust aren't on yet. Certain items like the brake booster need to be moved, and the engine needs custom mounts to fit.

Fitment is the biggest problem, as he'll have to make custom headers just to get everything to clear, as it's much wider than the 2JZ that came before it. The goal is to build the ultimate sleeper, which makes me love this project even more, so a big bulge in the hood probably isn't the solution.

The engine also needs considerable work before it runs, as he purchased it from a GT2 race car in Spain with a cracked block. The Lambo itself had crashed at the Dubai 24 Hour race, damaging the engine. Luckily, everything is there, and key track-ready components like a dry sump came with it. He picked up another damaged engine for parts, and it looks like he can simply sleeve the cylinder walls to get it working.

He hasn't figured out which gearbox to use, either, but may use a stout BMW version, or figure out how to use the spare Gallardo gearbox he already has.

(Side note: I'm so glad I'm not the only one who's stored a spare transmission in my house. The "master bedroom" box from moving the Gallardo transmission from Dubai is wonderful.)

Bjorck says it will be a lot of work, but given the hundreds of thousands of views the video has already, it's safe to say that the internet fully supports him seeing it through. You can follow along as this project progresses on Bjorck's YouTube channel or on Instagram.