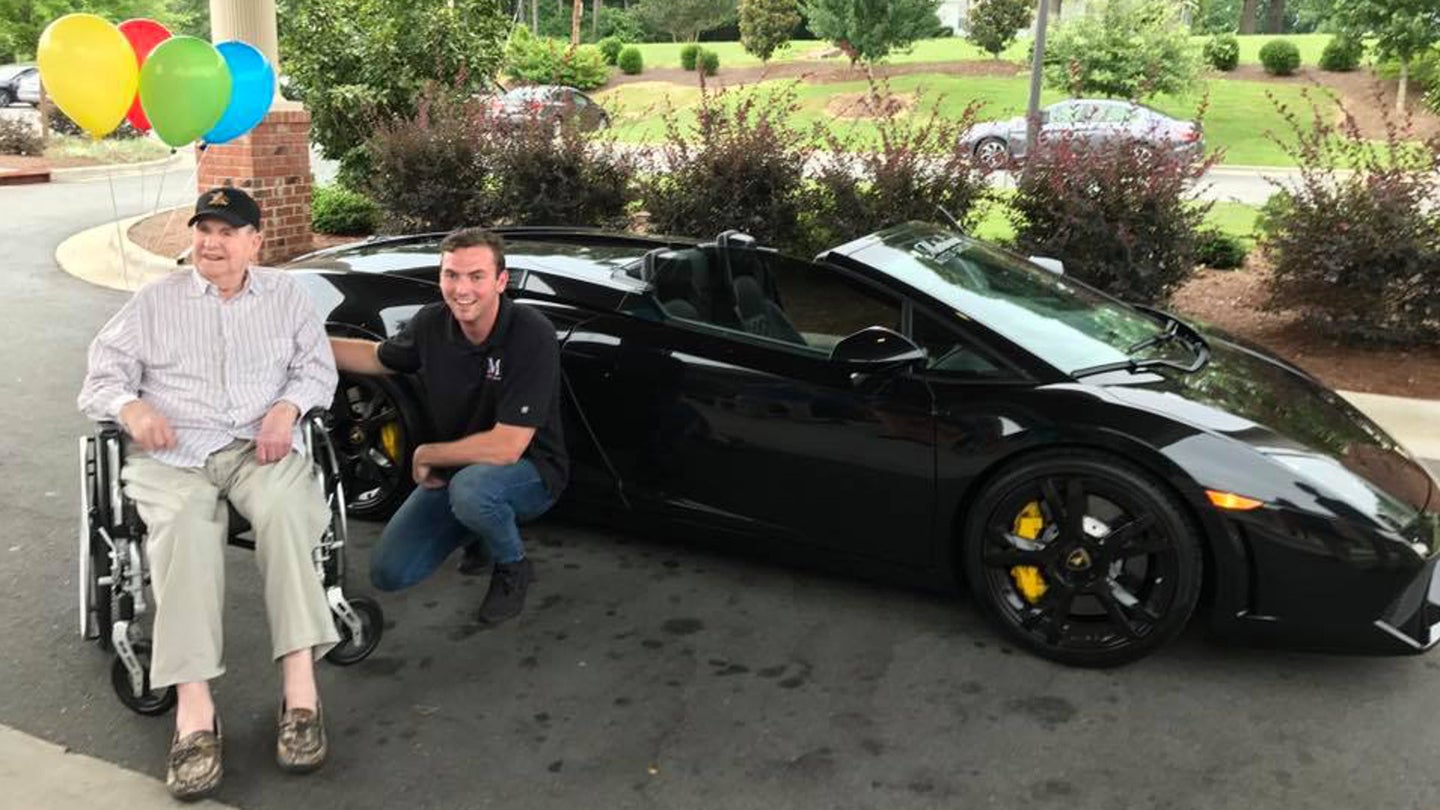 An elderly North Carolina man living in a retirement home was able to ring in his 83rd year in style last week, when a kindhearted staffer took it upon herself to make his birthday wish come true by arranging a thrilling ride-along in a Lamborghini Gallardo.

In a report by the Shelby Star, Peak Resources activities director Jessica Hickson described how she created the birthday of a lifetime for her "best friend" Donald Hambright. For his 82nd birthday last year, Hambright only wanted one thing—a Lamborghini. A six-figure supercar isn't exactly a practical gift for a wheelchair-bound senior citizen, but Hickson searched high and low for the right scale model to give as a substitute.

This year, Hambright joked with her that he had put too many miles on the Lambo since then and needed a replacement, but that he'd also settle for just seeing one in the metal instead, according to WBTV News. That's when Hickson sprung into action—two days before his birthday, she put out an urgent call on Facebook looking for anyone she knew who might have access to one.

An exotic car dealer in nearby Charlotte caught wind of the story as word spread, and as Metrolina Auto Group manager Kit Sittiwong told the Shelby Star, "How could you say 'no' to a request like this?" In less than a day, Metrolina had arranged for a black 2011 Lamborghini Gallardo Spyder to be delivered to the assisted living facility on the afternoon of Hambright's birthday. With that, the surprise was set.

On July 27, staffers and residents of the facility gathered in the driveway next to the supercar while Hambright was wheeled out wearing a blindfold. When it was finally removed, Hambright was understandably blown away. But that wasn't the end of the surprise—he then got to ride along on a spirited backroads jaunt, admitting to WBTV that the Peak Resources administrator was less than pleased with the top speed he and his chauffeur achieved.

"It was like being in an airplane. Such a roar. It took my breath away," Hambright told the Shelby Star.

The day was such a success that Hickson and the rest of Peak Resources have started a program called Twilight Dreams, where they'll work to grant a special wish for every one of their permanent residents. If it leads to more pictures like this one, we'll, we're all for it:

We're not crying. You're crying. [sniff]