Bugatti Also Had a Record Q1 as Hypercar Sales Explode

Demand is up, even for $3 million speed machines. 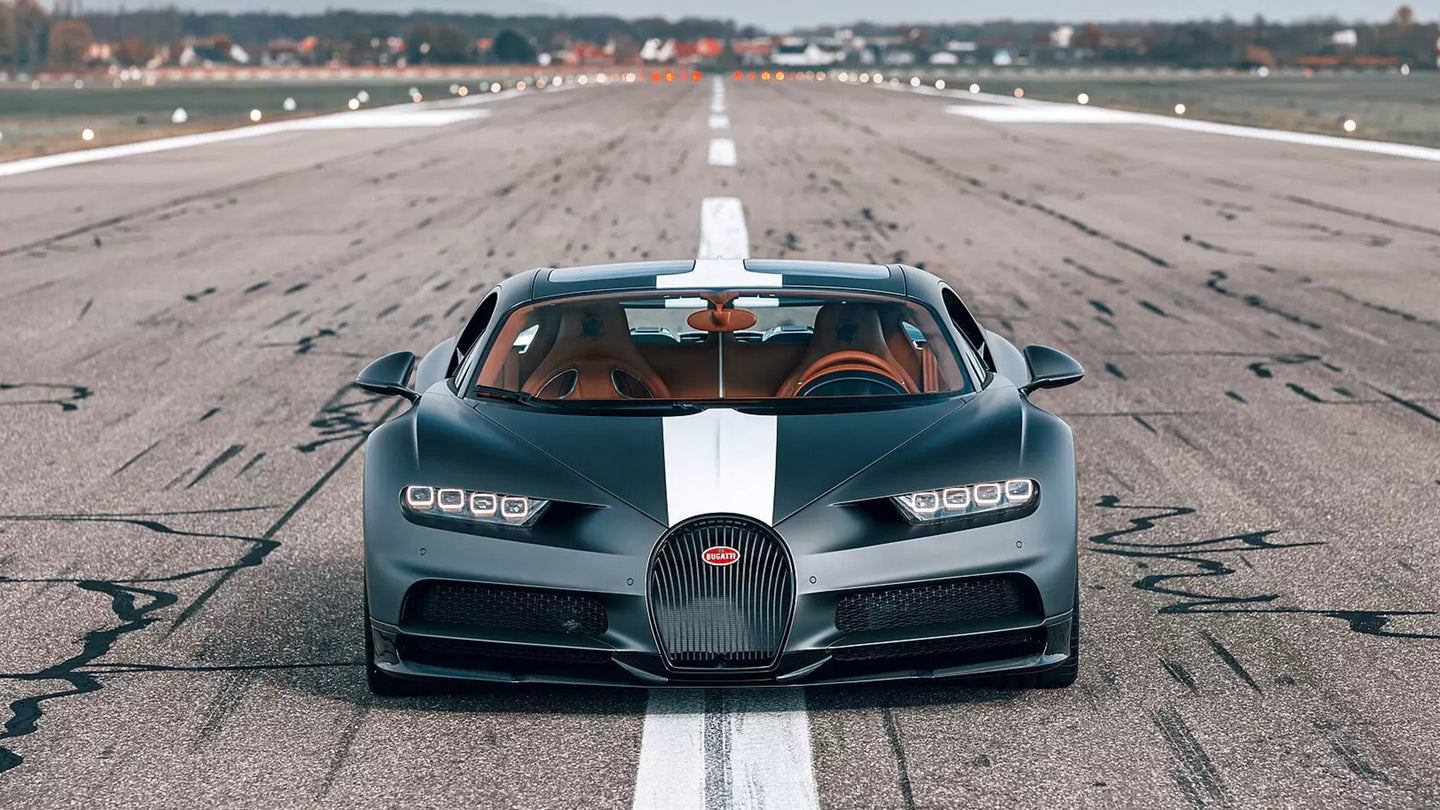 Here's another interesting sign that the global economy is heating up and the rich are feeling spendy—Bugatti announced this week that it scored a record quarter to open 2021, delivering more cars over the last three months than any other year in its "modern history," which we take to mean the VW era that started in 1999. Bugatti did not specify the actual number of cars it sold in Q1, though it did indicate that over 300 examples of the 1,500-horsepower Chiron have been sold since production started in 2017, with a further 150 cars now on order.

It's not just the rising tide of the superrich lifting Bugatti's boat, though. The brand has been expanding its lineup to a relatively diverse range of options. Customers can pick from a few different variants of the Chiron, including the more hardcore Chiron Pur Sport or the ultra-limited Chiron Super Sport 300+. Plus there's the Divo, as well as the upcoming Centodieci, inspired by the famed EB110. We're talking about an extremely small customer base, obviously, but there are enough buyers that Bugatti's model expansion strategy has caught some new eyeballs—or at least convinced a few guys that yes, they really do need a third Bugatti in the garage.

Stephan Winkelmann, president of Bugatti, says the good news comes despite a decreased level of face-to-face contact with customers. “So far, we've met less often than my team and I would have liked,” he said, “but hopefully that will change soon.” Interestingly, like any other brand, Bugatti’s sales approach involves meeting in person at a “traditional” dealership.

Bugatti is not the only luxury brand whose sales are on the uptick either, even though it's leagues above the rest of the market. Other posh nameplates that have thrived lately include Rolls-Royce and BMW, both of which have seen increased sales. Some might argue increased sales numbers lead to less “special” cars, but we'd say it's exciting to have as many Chirons out there in the world as possible. So keep buying, hundred-millionaires and billionaires. Bring on the W16 speed machines.

VW’s hypercar brand pushes for the crown in selective laser melting with the help of high-strength titanium.