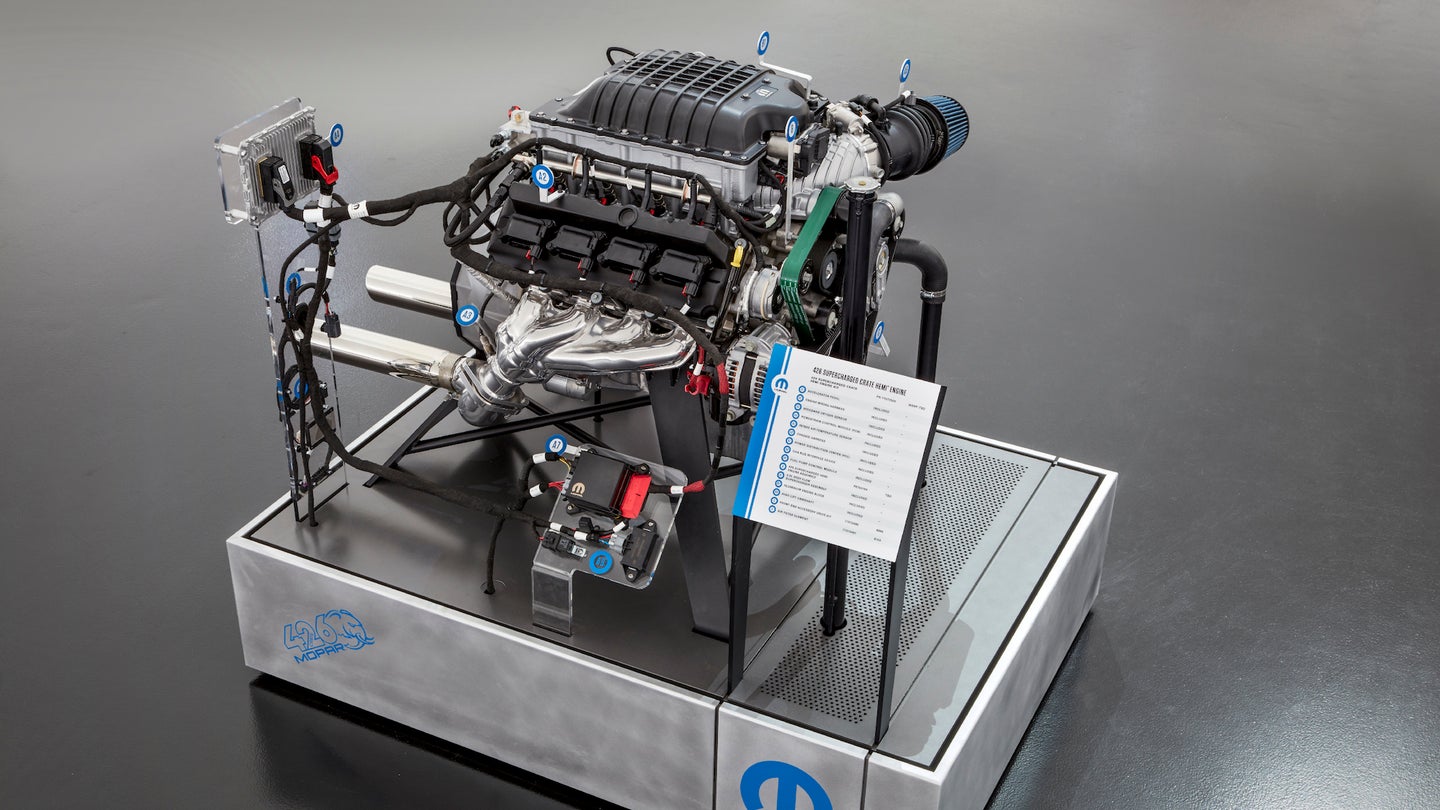 The performance parts specialists at Mopar will put the 1,000-horsepower "Hellephant" crate engine into production by the end of 2019 despite delays reportedly caused by reliability concerns.

A sequel to the earlier, 707-horsepower "Hellcrate" V8, the Hellephant is a 6.9-liter (426 cubic-inch), supercharged, all-aluminum V8 that produces a full 1,000 horsepower and 950 pound-feet of torque. It was revealed at SEMA 2018, where it propelled a specially built 1968 Dodge Charger show car nicknamed the Super Charger Concept. FCA began accepting preorders for the $29,995 engine more than six months ago on April 26, or "426 Day," and within 48 hours, it received enough orders to justify at least one full year of production.

"The response was pretty overwhelming," said Kim Mathers, head of Mopar Performance and Accessories, in a statement issued to Muscle Cars & Trucks. "They 'sold out' a year's worth of production in two days."

FCA, however, has supposedly yet to deliver any of the engines. According to information from alleged company insiders that spoke to MC&T, delays in the Hellephant's production stem from excessive camshaft tension, which was causing premature failure. Rather than produce the engines as-is and address the fault later, FCA reportedly delayed the Hellephant's production to fix the issue before its brand-defining crate engine reached speed shops, who plan to stuff it into vehicles like Jeep Gladiators.

"I can't speak to the delay, but of course with anything we bring to market we want to make sure that it's fully validated and appropriate for customer use," Mathers told MC&T.

"Hellephant crate engine production will begin soon with first shipments to confirmed orders expected before the end of the year," an FCA spokesperson confirmed to The Drive. They added that extreme demand for the crate engine led to closure of pre-order banks on April 28, but offered no comment on the alleged camshaft tension problems.