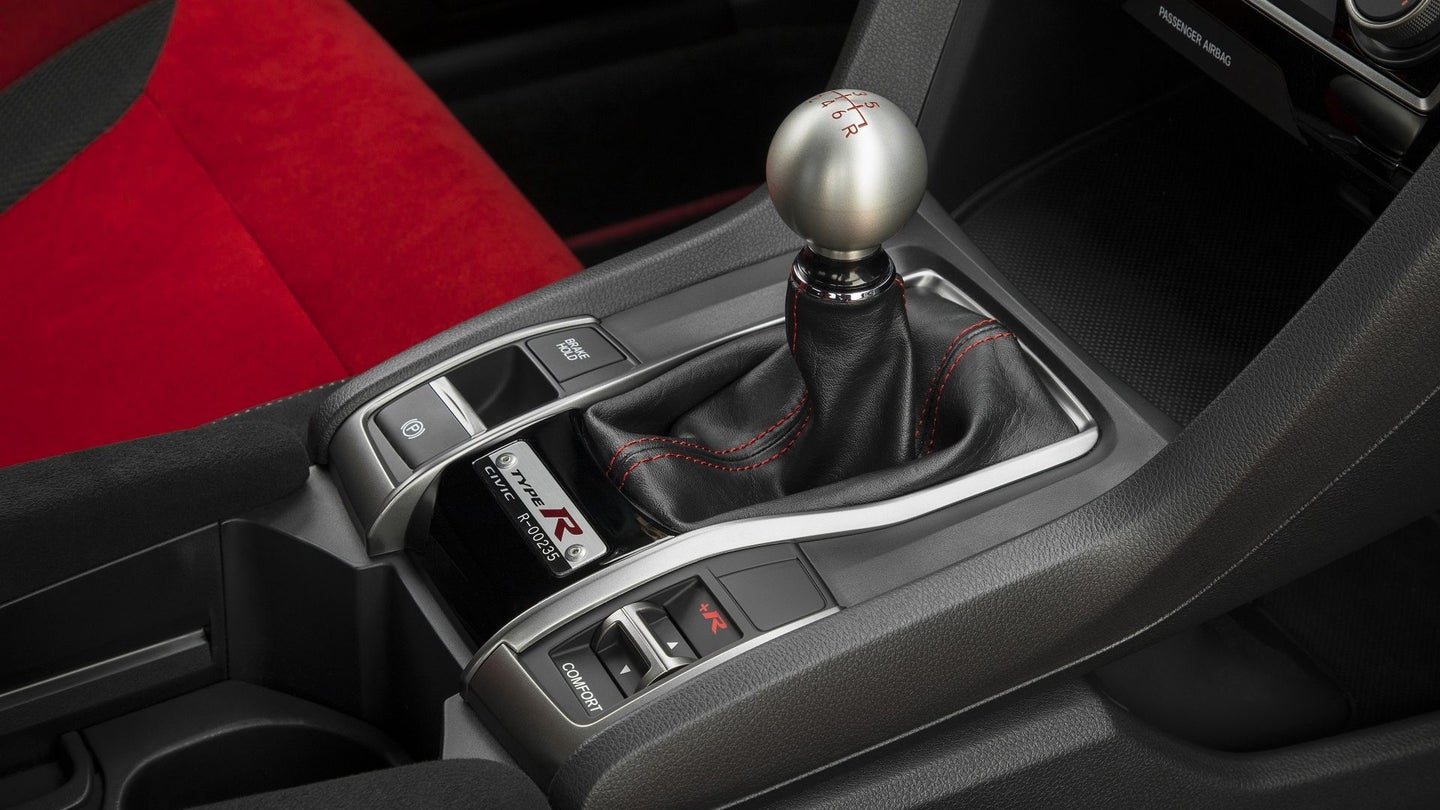 Folks, we're only ten years and two months away from the year 2030 and, boy, is it starting to feel like it. According to Driving.ca citing research conducted by J.D. Power, more Americans bought electric vehicles than they did ones with manual transmissions in the third quarter of 2019.

When it comes to new vehicles leaving dealer lots, cars powered purely by electricity are now officially less of a novelty than ones with clutch pedals. And with EV sales steadily rising and manuals on the decline, this is the first time the former has risen above the latter.

"[Manual transmissions] have been on a nearly century-long decline and while no rational person thinks the trend will ever reverse, it was interesting to note that only this year, after nearly a decade in market, EVs were able to surpass last century’s dying technology," J.D. Power's Tyson Jominy told the Canadian publication.

Last quarter, EVs such as Teslas, Nissan Leafs, Chevy Bolts, and others accounted for 1.9 percent of all cars sold in the U.S. while vehicles equipped with the stick accounted for just 1.1 percent, which is an all-time low. Jominy points to "the discontinuation of many compact and subcompact sedans where manuals were purchased primarily as a lower cost of entry to a new vehicle," for the manual gearbox's latest decline. As the number of new cars available with a manual continues to dwindle, Jominy warns enthusiasts to get their hands on those manual-equipped sports sedans, track toys, muscle cars, and Jeeps while they still can.

"My best advice to those who are looking to buy their 'forever car' that includes a manual transmission: get your affairs in order and run to a dealership," Jominy continued. "There are not many model years left to delay!"