The Bugatti Bolide is hands down one of the most incredible cars to come out all year, as it was a no-compromises track car designed around an 1,825-horsepower quad-turbo 8.0-liter W16 engine. What's not to love? The only thing I can think of is the fact that Bugatti hasn't proved their performance projections yet.

Bugatti just released more detail shots of the Bolide, showcasing all the ultra-thin, ultra-light 2,734-pound beast in all its beautiful, detailed glory. Bugatti even came up with new manufacturing processes and materials to make it, which gives us hope that maybe they'll actually sell some to track-averse billionaires who'll probably lock it away and make us sad. Welp!

In the meantime, we get to enjoy the fact that this concept is in Bugatti's hands, where their test drivers can whip it around for fans' amusement with the company's blessing. The Bolide was designed as a real, working car right down to its Hans device-compatible harnesses, as Bugatti themselves proved by tracking it upon its completion. They simulated acceleration times, lap times and maximum loads in the design process just to be sure it could (in theory) be as awesome as it looks.

So, why are they still touting all of these simulated stats? The car exists, so send it.

Bugatti's latest release accompanying all the rad detail shots still includes an asterisk-laden paragraph bragging about some of the things it demonstrated virtually:

In the simulation, the Bolide almost reaches Formula 1 figures with a top speed of well over 500 km/h˚˚˚ – though without sacrificing maximum handling and agility. The Bolide takes 3:07.1 minutes˚˚˚ to complete a lap of Le Mans and 5:23.1 minutes˚˚˚ to get round the Nürburgring Nordschleife.

This paragraph, of course, was followed by the disclaimer of "Simulated figures," as that's what they are. Hell, even the car's 2,734 weight was asterisked with "The weight specification is based on the theoretically possible dry weight." How hard is it to just put the built-out concept car on a scale, guys?

Those stats would be worth celebrating if they were proven, even though the Bolide is a trackday special that wouldn't qualify for road-car records. For one, the 310.686-mph top speed would smash the current official all-time top 277.9-mph production car top speed record set by the Koenigsegg Agera RS, not to mention the one-time pass of the Bugatti Chiron that hit 304.779 mph.

A 5:23.1 Nürburgring Nordschleife time is mere seconds shy of the all-time Nordschleife record of 5:19.55 set by the Porsche 919 Hybrid Evo—a car that was built and prepared specifically to smash records.

C'mon, Bugatti. While Bugatti made it clear that they weren't chasing records anymore after the Chiron, it's pointless to tout a 5:23.1 Nürburgring time without proving it. That's the point of the records game, after all: it's a chance to put up or shut up and prove your car is objectively the best using well-established, clearly defined metrics. The working concept car that's been built is beautiful, and certainly looks the part. Now is the time to go prove its worth. 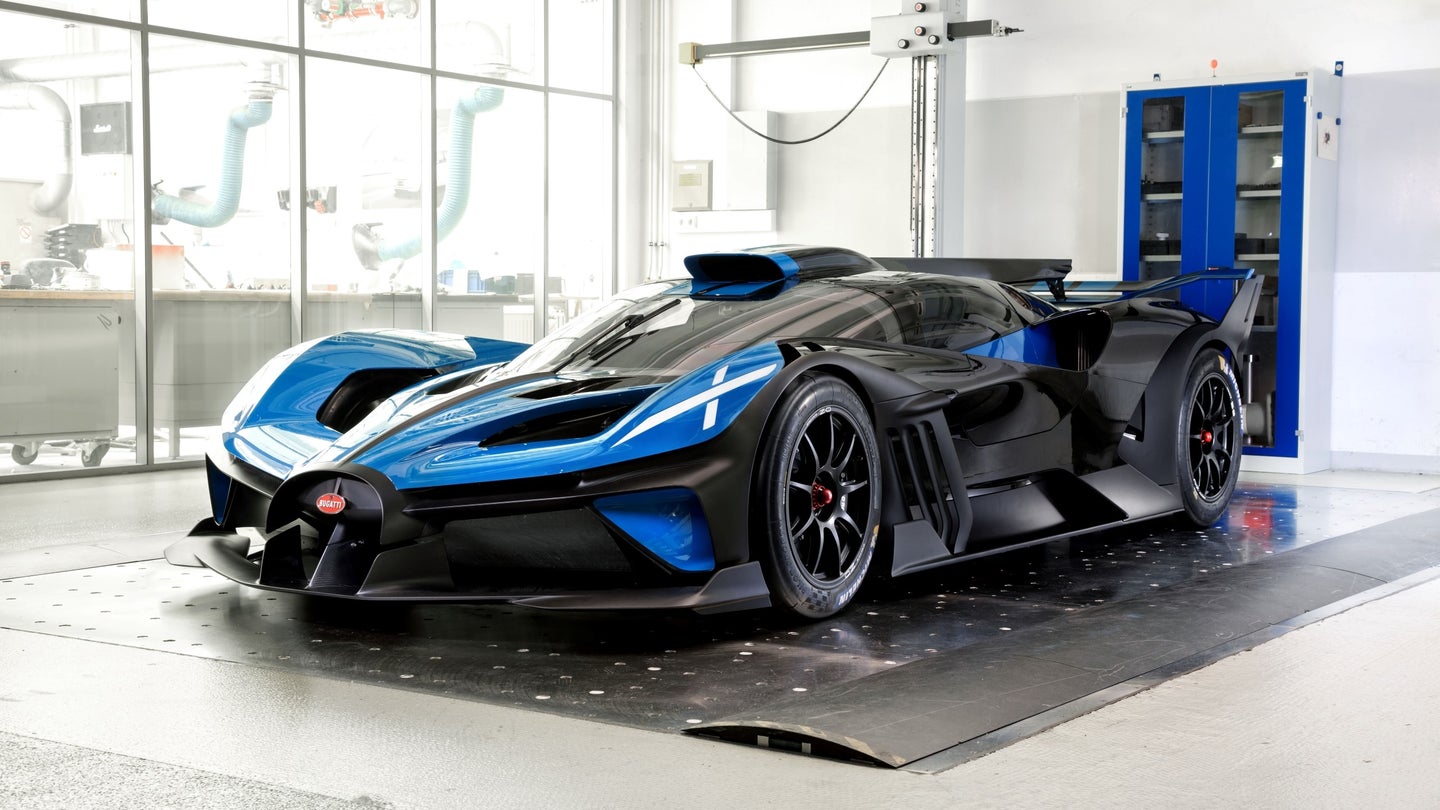 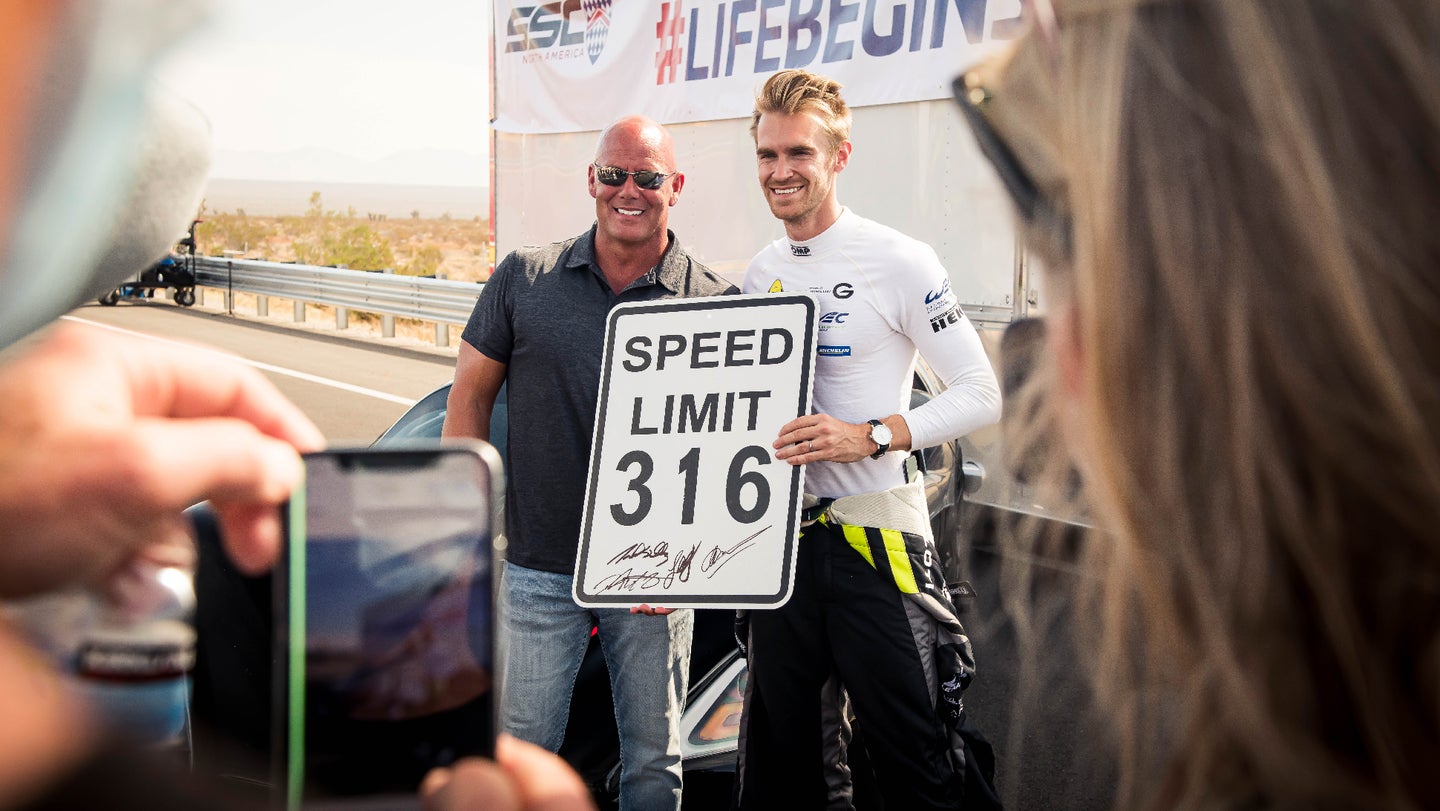 Sometimes the best person to call BS is hiding in plain sight—and is also granting you the permits for your high-speed runs. 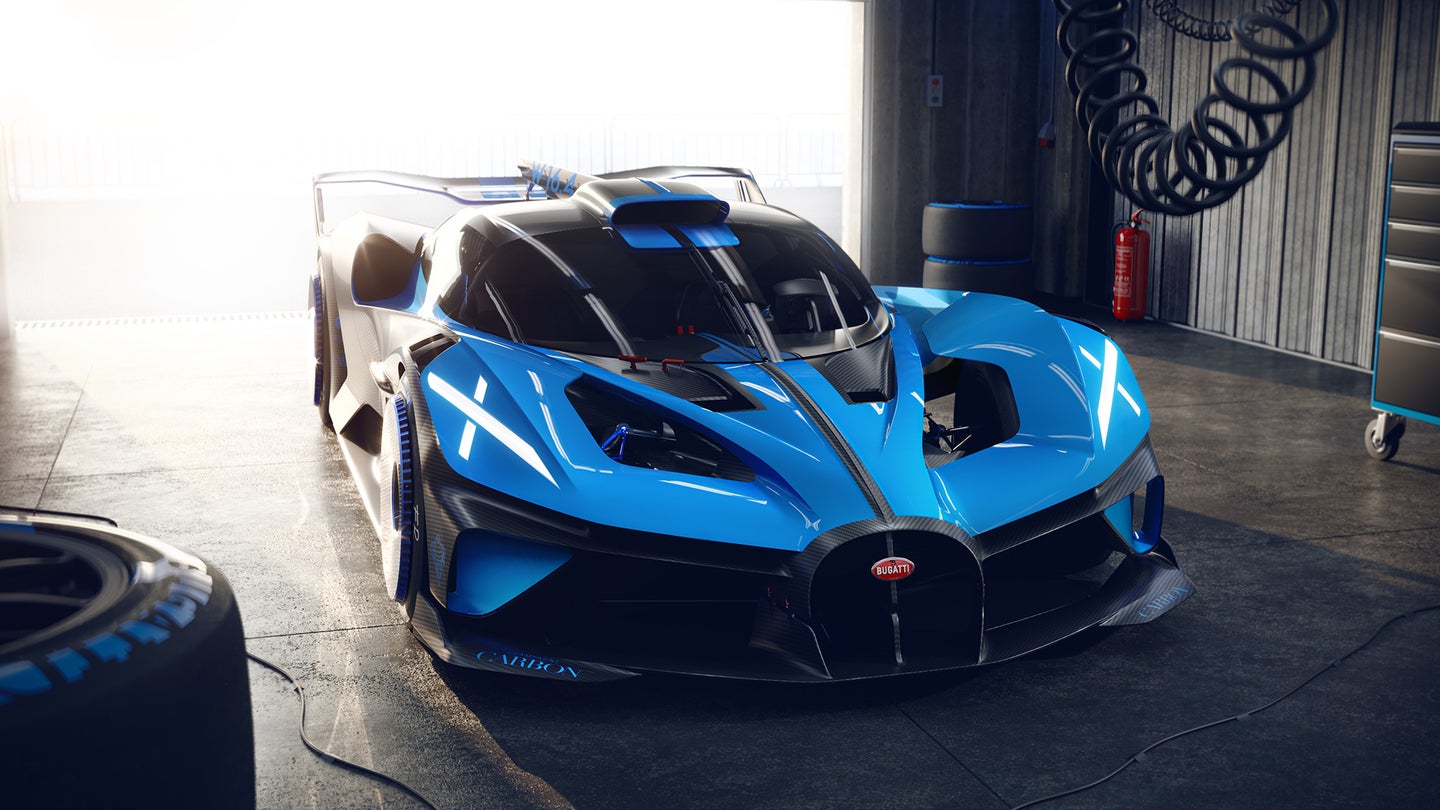 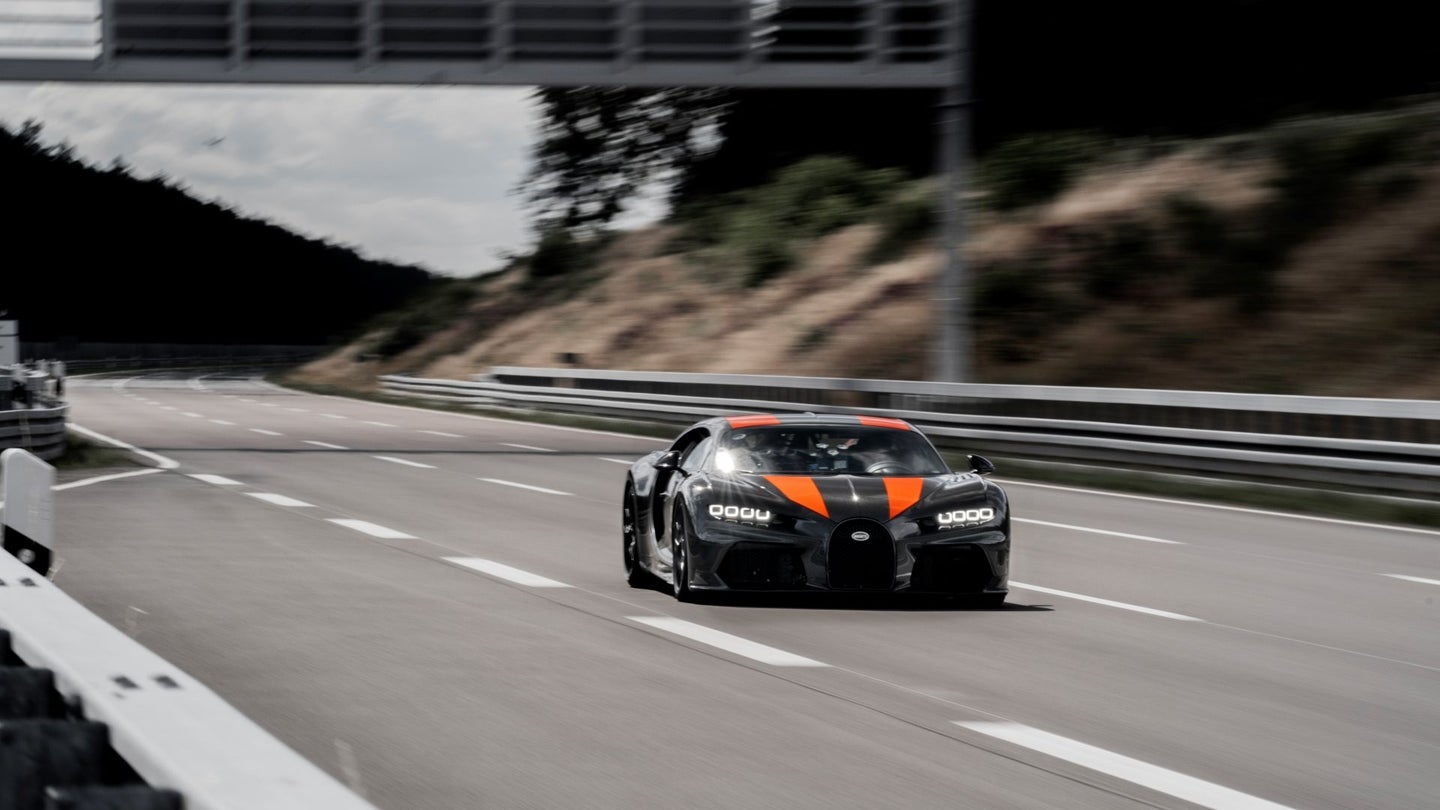 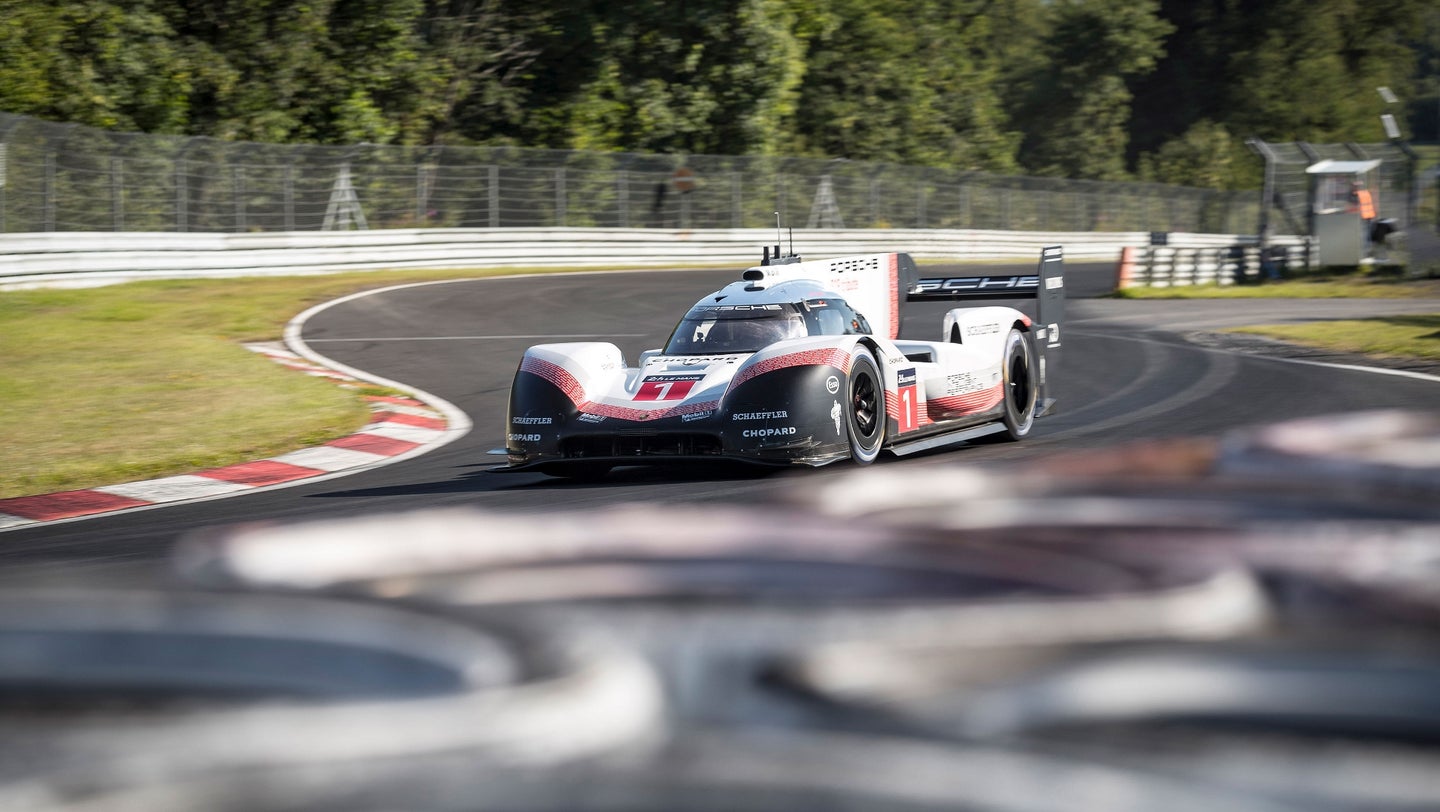