Century-Old Shipwreck Above Niagara Falls Dislodged by Storm, Might Go Over the Edge

C’mon. You know you want to see it take the plunge. 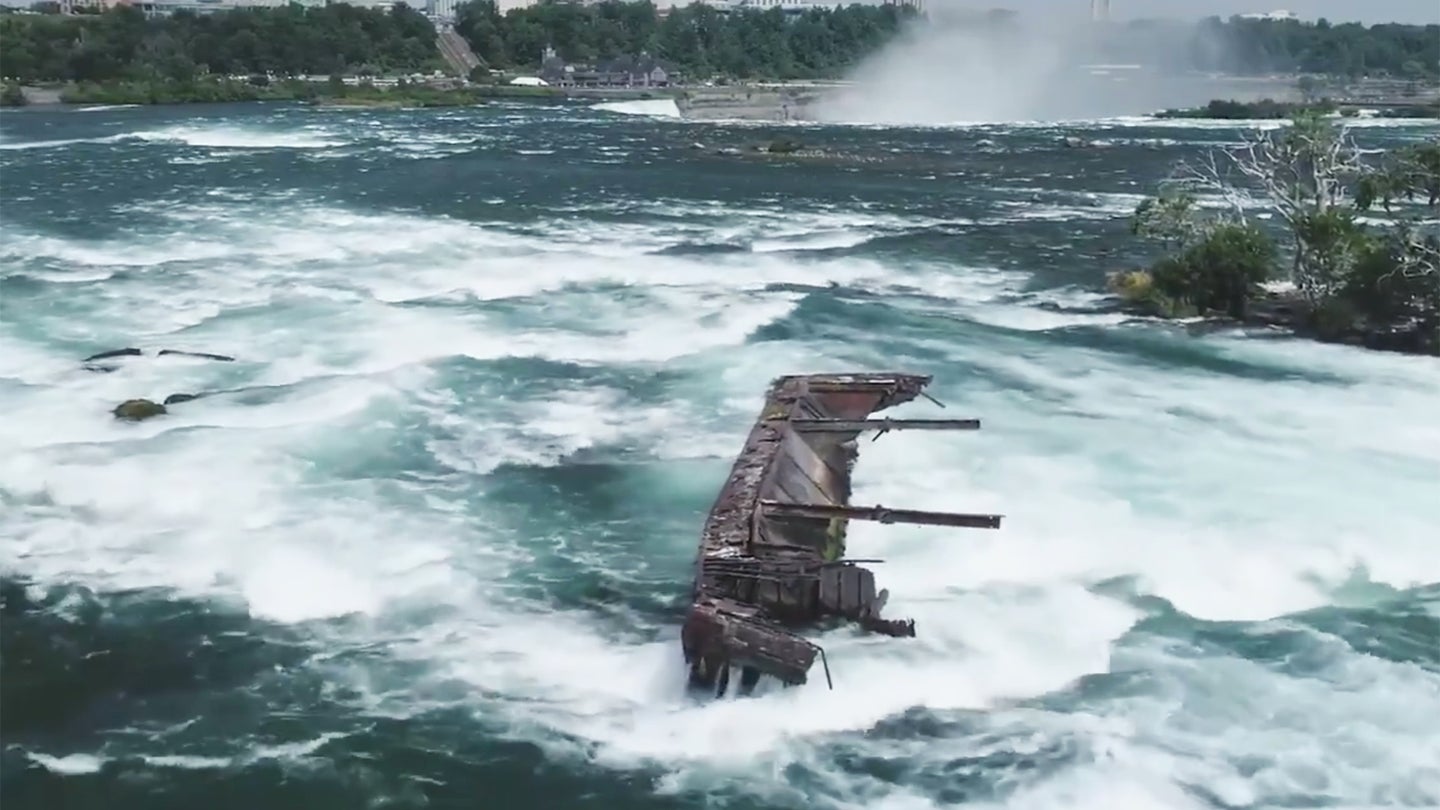 A large, intact iron shipwreck that's been stuck on rocks above Niagara Falls for the past 101 years was dislodged by last Thursday's heavy rain and wind and pushed closer to the precipice. Authorities are concerned it could keep moving and eventually plunge over the edge.

It's the first time the abandoned 122-foot vessel, a tourist attraction known as the Iron Scow (a scow is an old flat-bottomed sailboat), has moved an "appreciable distance" from its resting place in the last century. The Halloween storm pushed the ship about 150 feet down the Niagara River on the Canadian side before it got caught on more rocks; the Niagara Parks Commission tells CNN that the boat has apparently "flipped on its side and spun around."

As for how the so-called Niagara Scow got there in the first place, two men were on a dredging operation on August 6, 1918 when the dumping scow they were in suddenly broke loose from its tow tug and got carried downriver toward certain disaster. After opening the bottom dumping doors to flood and, in turn, slow the boat down, the two men eventually got the scow stuck on some rocks just 650 yards away from plunging over Horseshoe Falls—the largest of the three waterfalls that make up Niagara Falls.

Using a breeches buoy, the U.S. Coast Guard, along with help from Niagara police and fire departments, was able to rescue both men but not before the buoy's ropes tangled, a mishap solved by WWI veteran William "Red" Hill Sr. who bravely ventured out to the water to fix the lines. Recovering the vessel, meanwhile, was deemed too risky and it's been out there disintegrating in the river ever since, a visible reminder not to mess with the sheer power of the Falls.

Currently, Niagara Parks is keeping an eye on the ship in case it moves again, using security cameras to monitor its condition around the clock for the time being. According to Hill, the scow may be stuck again "for days or for years. It's anyone's guess."