Even better, Audi hasn't ruled out selling the family supercar in the U.S. 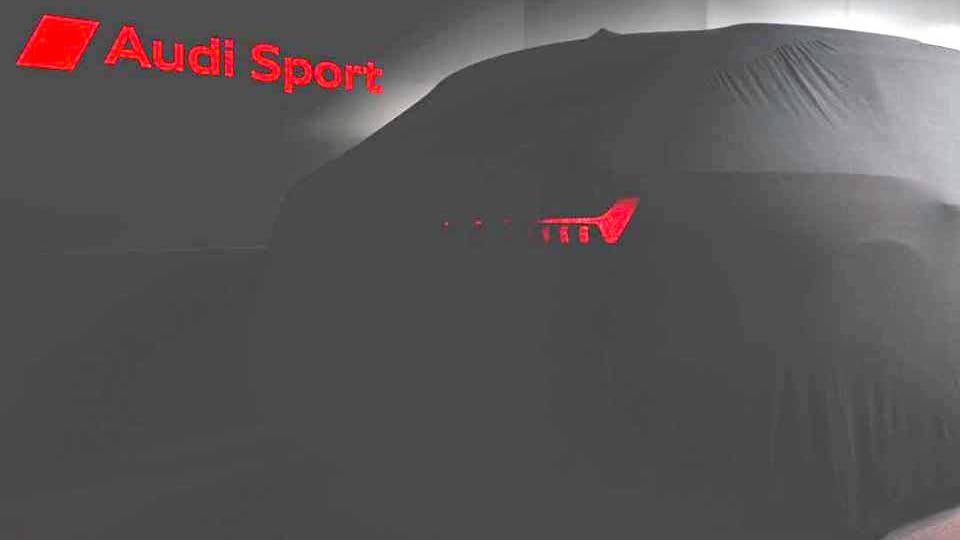 Audi announced via social media that it will debut a new Audi Sport model—believed to be the RS6 Avant performance wagon—at a private event prior to the 2019 Frankfurt International Motor Show in September.

Audi Deutschland posted a shadowy photo of an enshrouded station wagon beneath an Audi Sport banner to Facebook last Friday, promising it'd present the vehicle to a private crowd at a Berlin dealership during the first week of the month.

After brightness correction (as applied to the image above), it's clear that the teased vehicle's bodywork bears close resemblance to those of prototype Audi wagons—believed to be RS6 Avant test mules—filmed at the Nürburgring on multiple occasions. Based on this footage, we can already tell a few things about the RS6 Avant: it's big, brutish, has colossal wheels, and a small nuclear warhead for an engine.

Indeed, the engine propelling the RS6 Avant prototype seen in the above video is reported by Autocar to be a 4.0-liter, twin-turbo V8 of similar specification to that seen in the Lamborghini Urus. The British publication claims that this engine will produce 605 horsepower and 590 pound-feet of torque, which it'll propel forward through a quick-shifting eight-speed automatic transmission and Quattro all-wheel-drive.

Combined with a weight reportedly reduced by 80 kilograms (176 pounds), the new RS6 Avant's zero to 60 time reportedly dips into the mid-threes, putting it perilously close to a 2019 Bentley Continental GT convertible. Its top speed, owing to aerodynamic enhancements, is reported to reach as high as 193 miles per hour.

An Audi spokesperson confirmed to The Drive in February that selling the RS6 Avant in the United States wasn't out of the question, and said that a decision regarding the model's availability in the Americas would come soon. When contacted for comment on Audi USA's plans for the model, the spokesperson had no update to offer.