The RS6 Avant is everything Americans have been denied for years, so of course someone's already trying to make a quick buck. 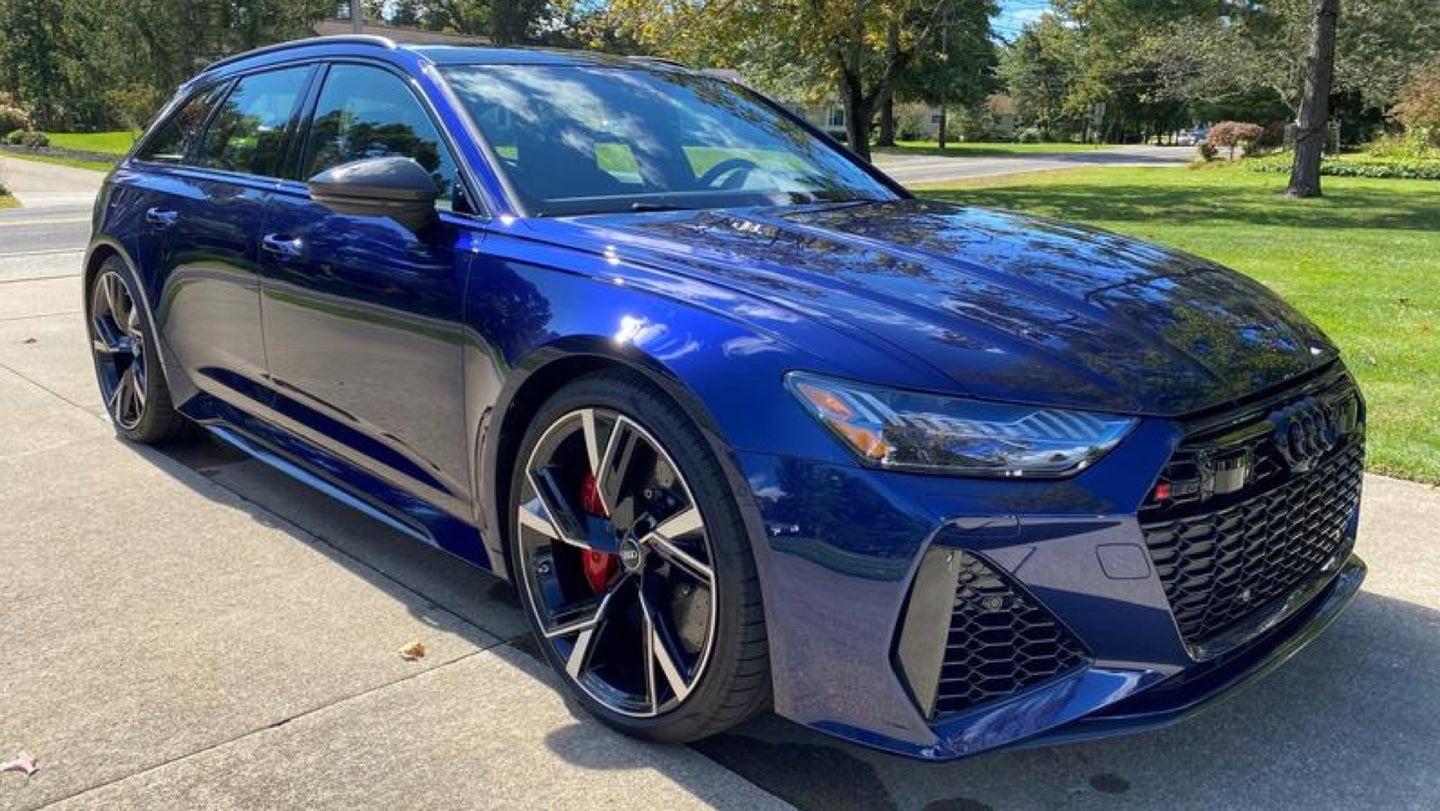 Finally, the Audi RS6 Avant came to the United States. It's everything European car obsessives here have ever dreamed of, but rarely ever get. It's a 591-horsepower all-wheel-drive ultra-wagon, with 4.0-liter twin-turbo V8 power. We're in love.

Putting the "fun" in "functional" comes at a price, though, with a base MSRP (sans destination) of $109,000. You can option it up from there, but not all the way up to $207,000. That's what one seller is asking on AutoTrader, though: nearly twice the MSRP.

It's an attractive example in Navarra Blue with the Carbon Optic exterior package, ceramic brakes and carbon twill interior inlays. The seller says that they added CQuartz protective ceramic coating on the entire exterior after its purchase, too. Yet with that long of a list of options, you really get the feeling that this was speced with the next buyer in mind—who hopefully shells out the big bucks.

The Drive reached out to Audi to ask as to whether buyers of the special-order super-wagon have to sign any contracts upon purchasing the car as has been the case with other luxury and performance enthusiast specials, even at other Volkswagen Group brands.

Yet that hasn't stopped people, and it looks like it won't keep RS6 Avant buyers from temporarily inflating the fast Audi wagon market for those looking for fast wagon bliss. All the automakers can really do to combat it once and for all is to take a page from the Porsche 911R-thwarting 911 GT3 Touring and build more of what people want.

Got a tip? Have you seen any other absurd RS6 Avant prices out there, either from flippers or from dealers? Drop me a note: stef@thedrive.com