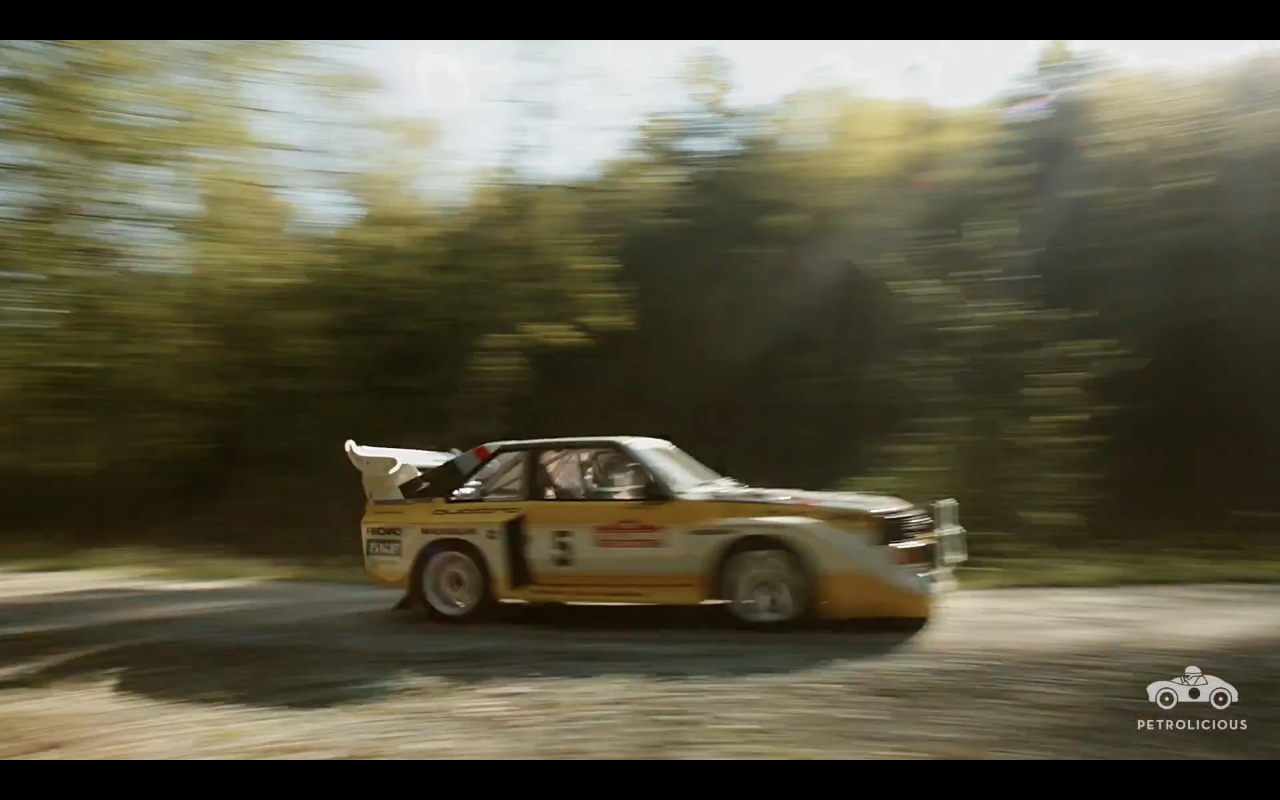 Not all of us can buy our dream cars. As much as I may want to own a McLaren F1, I will never be able to afford the $10 million sum they demand on today's used market; I was not born the child of an oil baron. I can't just build a facsimile of the car, either, as it is constructed of carbon fiber and uses a rare BMW V12 as its powerplant, rather than domestic, commonplace components such as steel or a Ford V8. YouTube channel Petrolicious tells the story of Volker Gehrt, a German whose dream car was an exotic, yet replicable car: the Audi Sport Quattro S1 E2. It was little more than a matter of having the right help for Gehrt.

The Audi Quattro is one of the most important rally cars in the history of the sport. Until it arrived on the scene, all successful rally cars had been or rear-wheel drive for as long as anyone could remember. The Quattro did not change the sport overnight, as rally Lancia continued to field their rear wheel drive 037 through 1985, though the car's last competitive year had been 1983 when it made history by being the last two wheel drive car to win the World Rally Championship. Audi stole the crown from Lancia, as their Quattro took the 1984 World Rally Championship. It remains the single most recognizable symbol of rallying's golden era: Group B.

Ghent folds into the story when he and his wife attended a car show, where he stumbled across a scale model of his favorite rally car, the aforementioned Audi. His wife bought it for him, and it was displayed on his desk. As time passed, he began to wonder if he could rebuild the esteemed Quattro S1 from the ground up, and despite the daunting tasks that lay ahead, began gathering information, and planning his build. A chance with a man by the name of Roland Gumpert, famous for directing Audi Sport's efforts during the Group B days, and later, for backing a boutique hypercar, the Gumpert Apollo. Through assistance provided by Gumpert, and motivation found from rally legend Walter Röhrl, Gehrt saw his project to completion, and the result is a car that you can't easily tell from the real thing.

Then again, if the guy responsible for the program that made the originals is helping you work on your replica, does that not grant the imitation some semblance of originality?