The 2019 indoor dirt Midget race in Oklahoma came down to a battle between two NASCAR stars. 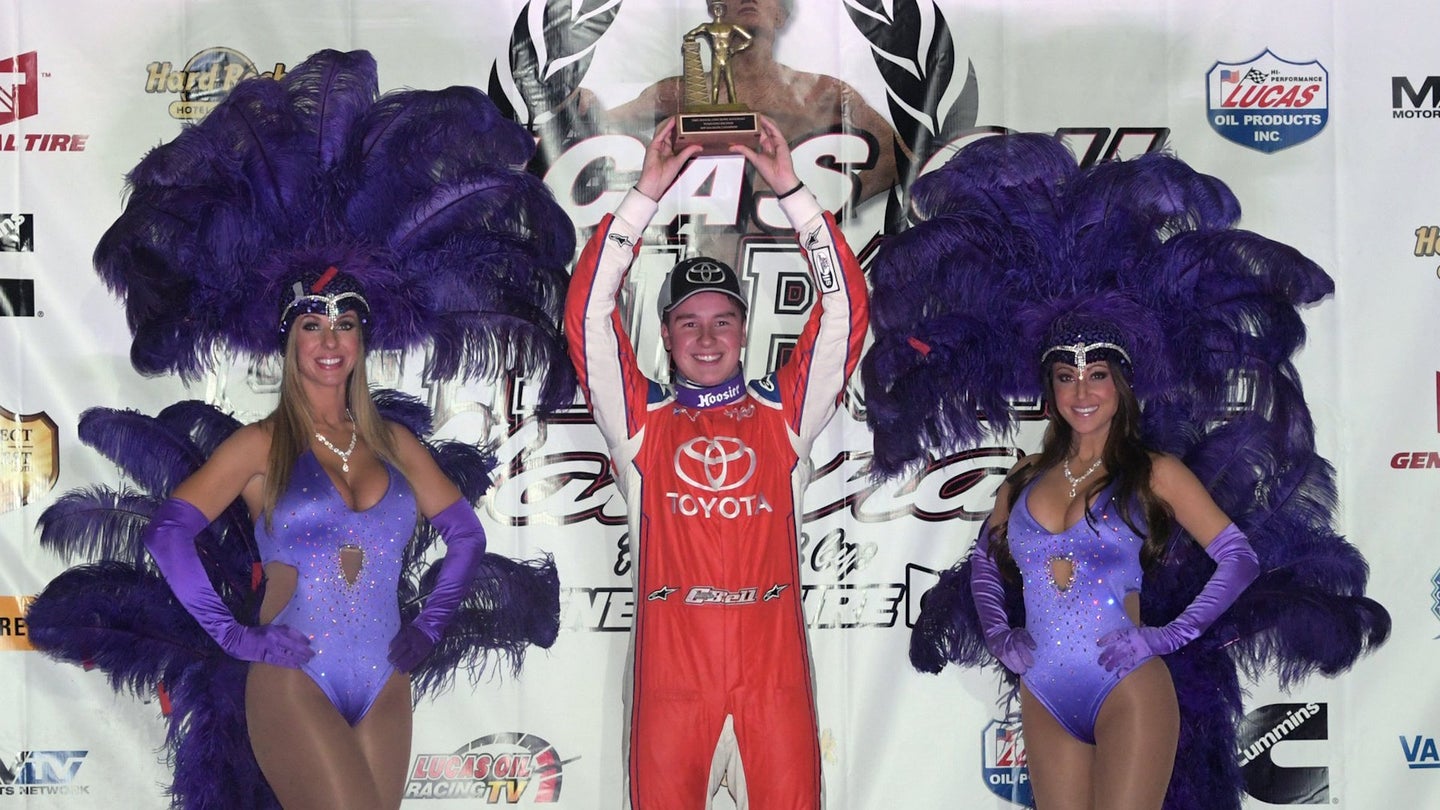 The 2019 Chili Bowl Midget Nationals came down to a battle between two NASCAR drivers, Kyle Larson and Christopher Bell, on Saturday night. Larson was in pursuit of his first Chili Bowl win, but Bell passed him on the final lap to claim his third consecutive win of the indoor dirt event at the Tulsa Expo Raceway in Oklahoma.

“If [Larson] wouldn’t have missed his marks, if he would have stuck the bottom, then, A: I wouldn’t haven’t got there, but I’m not just going to run into the back of him,” Bell said in his post-race media availability. “Whenever he went in there and missed his mark and slid up, I took advantage of it.”

The final run of the 55-lap race was the only lap Bell led. Larson, after the pass, wound up second.

“I ran 53 1/2 good laps and didn’t close it out,” Larson told MavTV after the race. “Hate it. It’s just disappointing to be close to winning a race like that, feeling I did everything I could until the very end. Just gave it away. Hate that.”

Although their late-race battle for the win got physical, the runner-up didn’t blame the winner. Instead, he blamed himself.

“I didn’t think what Chris did was wrong at all,” Larson said. "I knew I missed the bottom, so then, I’m trying to squeeze him down. I knew that there was contact coming. If anything, I’m more upset with what I did into [turn] three of running into the side of him. I try to pride myself and not race like that, and that’s twice now that I’ve done that on the last lap. Just a little desperation out of myself. Got to not do that in the future.”

Both Larson and Bell punched their tickets into the A Main with preliminary wins days earlier in the nearly week-long event. Larson advanced to the A Main early with a feature win Tuesday. Bell won his feature Thursday.

Another NASCAR driver, Ricky Stenhouse Jr., advanced to the main event after nearly a week of racing. He finished 21st of the 24 drivers in the grand finale. Justin Grant, Brady Bacon, and Zac Daum rounded out the top-five of the A Main.

NASCAR drivers Alex Bowman, Justin Allgaier, Tanner Berryhill, and Chase Briscoe also were among the more than 300 drivers to compete in the 2019 Chili Bowl. Briscoe got to a B Main, while the other three failed to advance beyond their C Main.

McMurray will drive a No. 40 Chevrolet for rookie racing team Spire Motorsports