The former Tonight Show host swapped out his Jaguars and Cougars for some more docile felines during Christmastime. 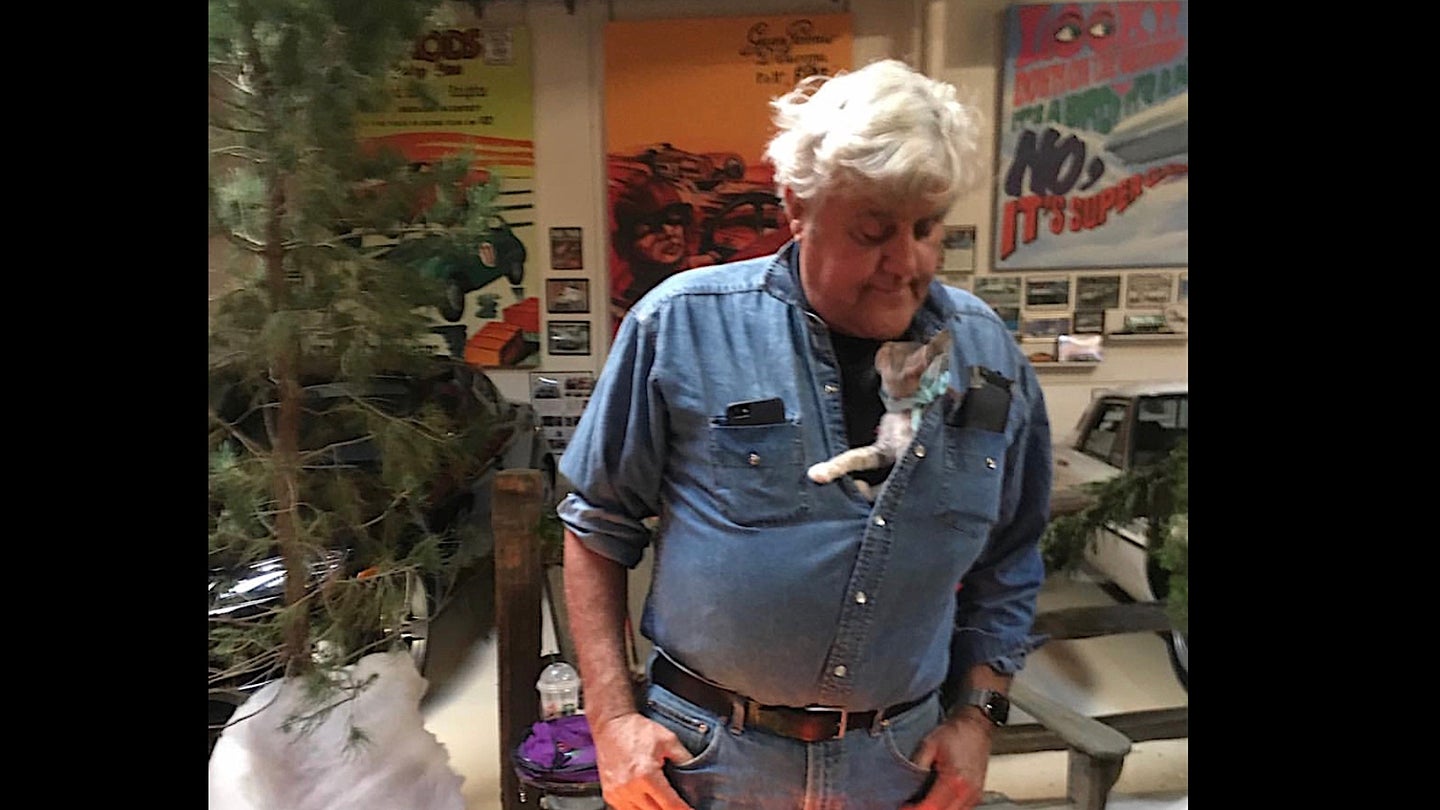 Jay Leno is known for having a vast automotive collection in his Burbank, California hangar, which he lent to the organizers of a Southern California animal rescue to transform into a kitten wonderland during Christmas.

The event was hosted by Jay and his wife Mavis in association with the team at Luxe Paws Rescue, an organization that works with Los Angeles neighborhoods to help address feline overpopulation. The former Tonight Show host's huge facility that’s often shown in his video series aptly titled Jay Leno’s Garage was decked out in Christmas trees, cat toys, and roaming kittens inside a picket fence area. Some of his cars were moved out to make room for the setup, and Leno was on hand to offer the kittens some attention.

While it was a cute sight, the winter-themed scene was set up in order to draw attention to the group’s cause—as a trap and neuter organization that rescues at-risk animals from the streets, they oppose the practices of kill shelters and work to improve the feline crowding problem in urban L.A. According to their site, two unaltered cats can produce 420,000 in seven years, which has led to the chronic and extreme overpopulation of L.A. County animal shelters.

Jay and Mavis Leno are no strangers to philanthropy as they donate hundreds of thousands of dollars per year to various causes including education, women’s rights, and animal rights. He also has a history of donating cars to charity, although he has said before that he’s never sold a car.