Of Course Jay Leno Drives the World's Most Expensive Duesenberg 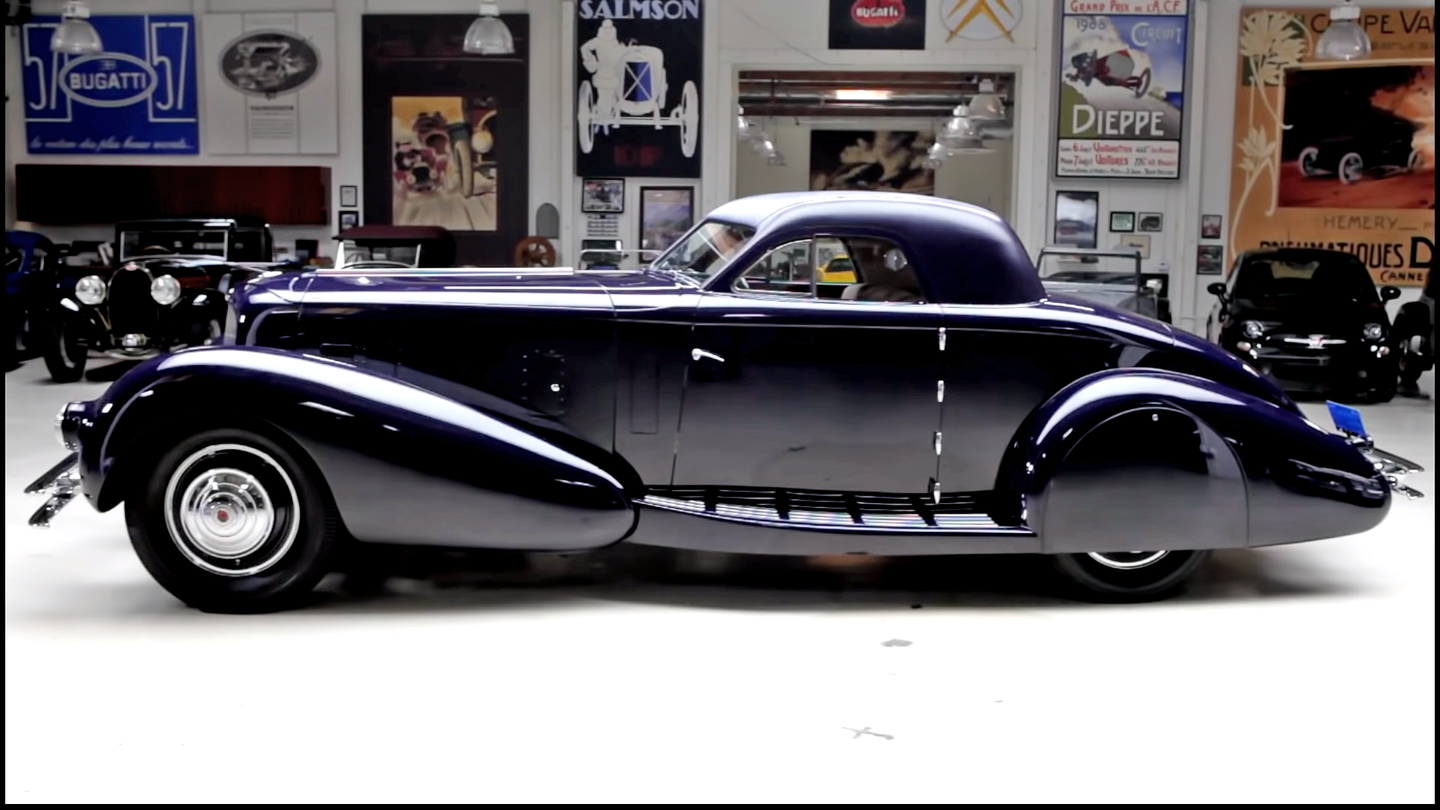 All Duesenberg J rolling chassis were built in 1929, yet with independent coachbuilders coming up with their own luxurious and often equally extravagant bodies, each got titled the year it was sold. That's why pharmaceutical billionaire Josiah Lilly's one-off is a 1934, also known to be the most expensive car anybody could get in America during the Great Depression. Unfortunately, Mr. Lilly's Walker-bodied aerodynamic special soon turned out to be utterly impractical as well, so it's no wonder that the very conservative president of Indianapolis' Eli Lilly and Company decided to get rid of his locally made 6,000-pound custom after owning it for just a year.

While the car cost over $25,000 in 1934 with a grille that alone was priced at the equivalent of an average house in its day, Josiah Lilly's two-seater was also very short on cabin space, especially for an executive who would only be driven around by his chauffeur sitting right next to him. Built on a chassis that weighed 4,400 pounds already, this aluminum-bodied experimental car was truly aerodynamic with its bi-plane bumpers and raised headlights, yet Duesenberg could never show the car publicly, leading to very few photos being taken of it in those early years. However, by 1934, the company made a few upgrades to its 420-cubic-inch straight-eight engine, including the introduction of a downdraft carburetor fed through an air filter. 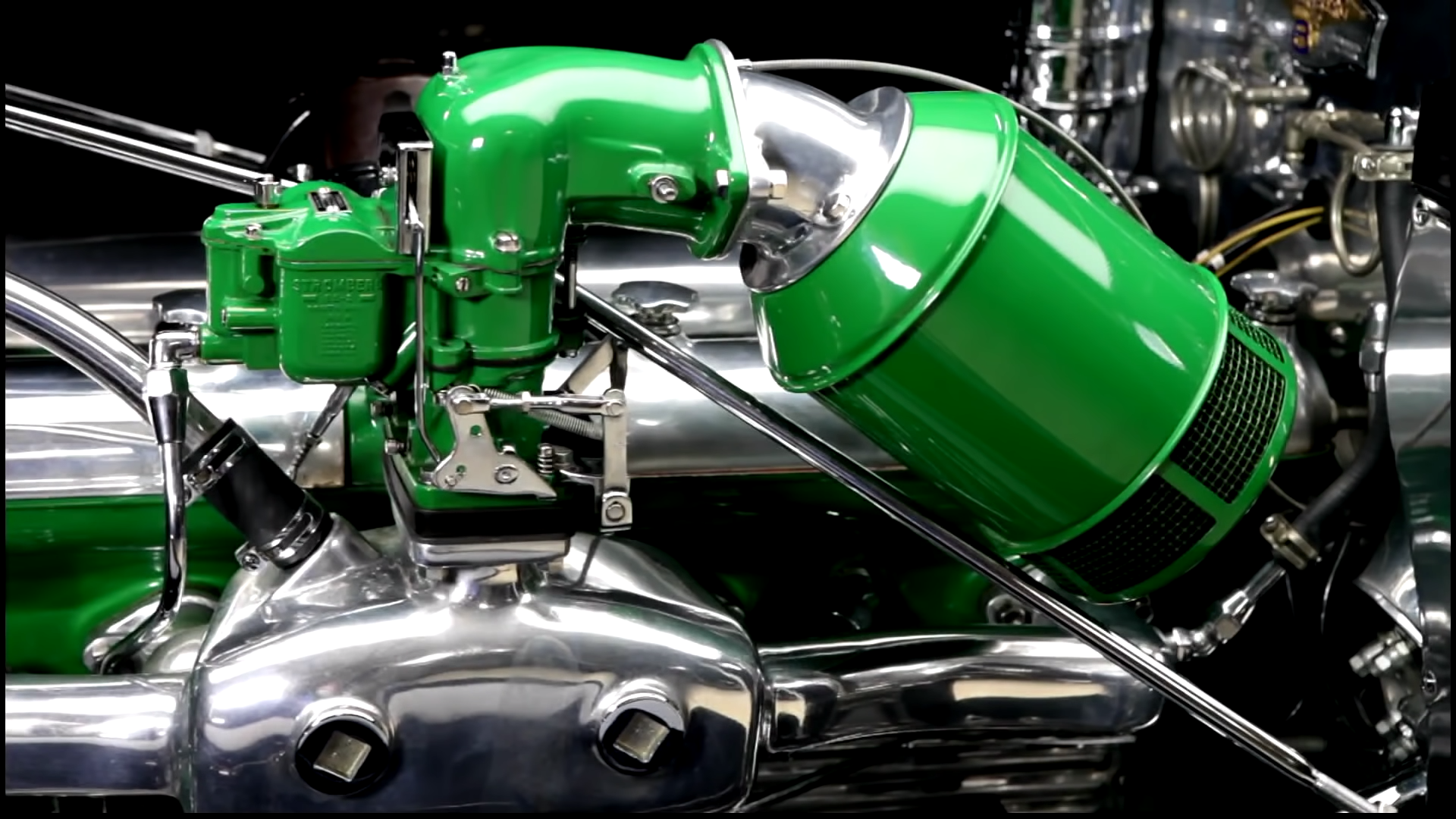 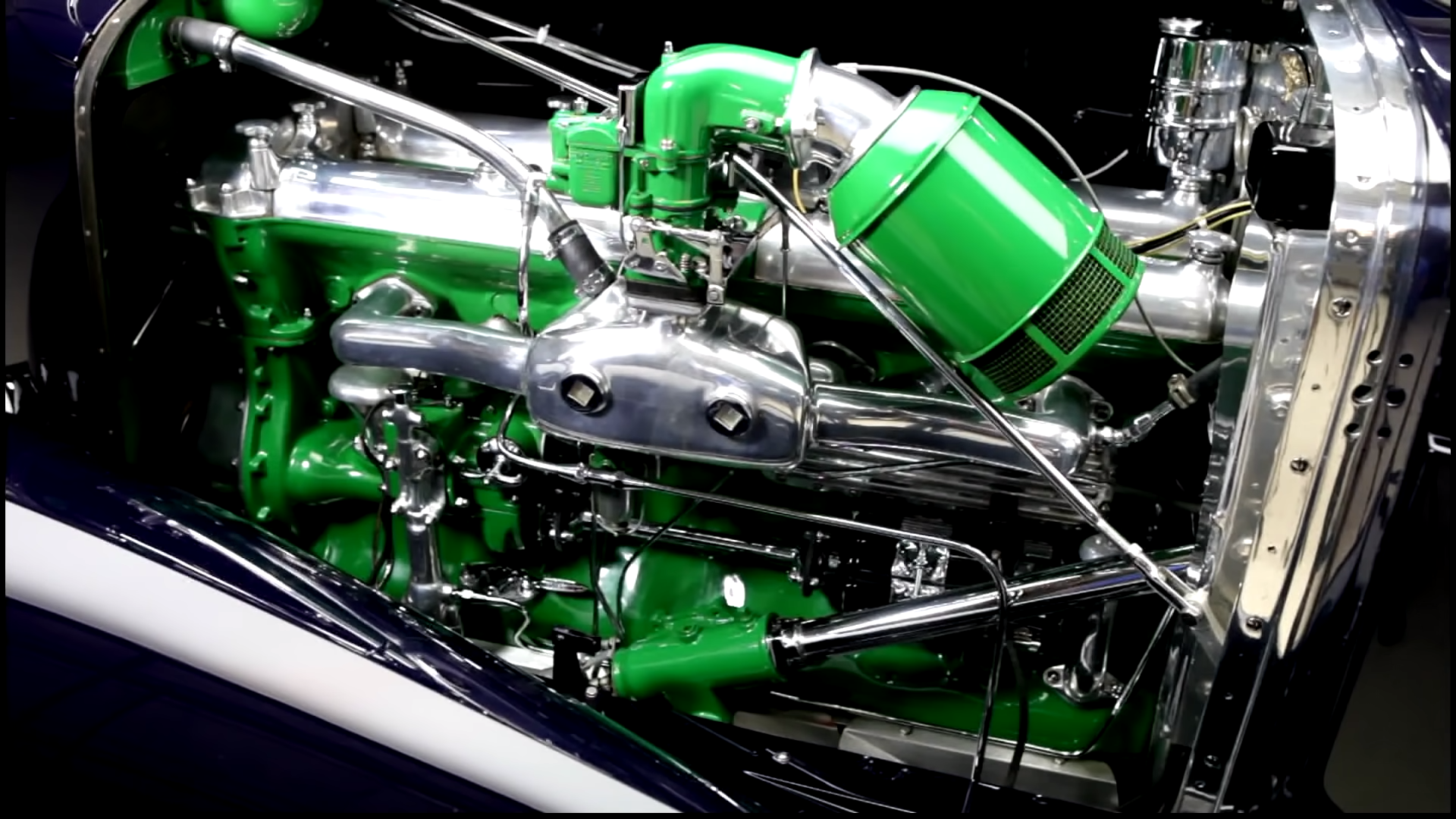 Connected to a three-speed gearbox, this gem of an eight-cylinder uses 12 quarts of oil and four valves per cylinder to produce 265 horsepower and enough torque to make a 6,000-pound vehicle cruise easily at 70 miles per hour. To make it run even smoother at those speeds, Leno's team put a 3.55 rear end into this one.

This unique Walker body features suicide doors hanging on four massive hinges, extra space for your golf bags, lockable wheel wells and two glove boxes. Don't forget Duesenberg's usual luxury gadgets like the extra aviation-inspired gauges, and the automatic lubrication and maintenance warning system. However, the aerodynamic special nobody was supposed to know about also turned out to be tight on the inside, offering almost zero trunk space due to the location of the tank and spare wheel, not to mention that, ideally, it would require two people for each fueling session. 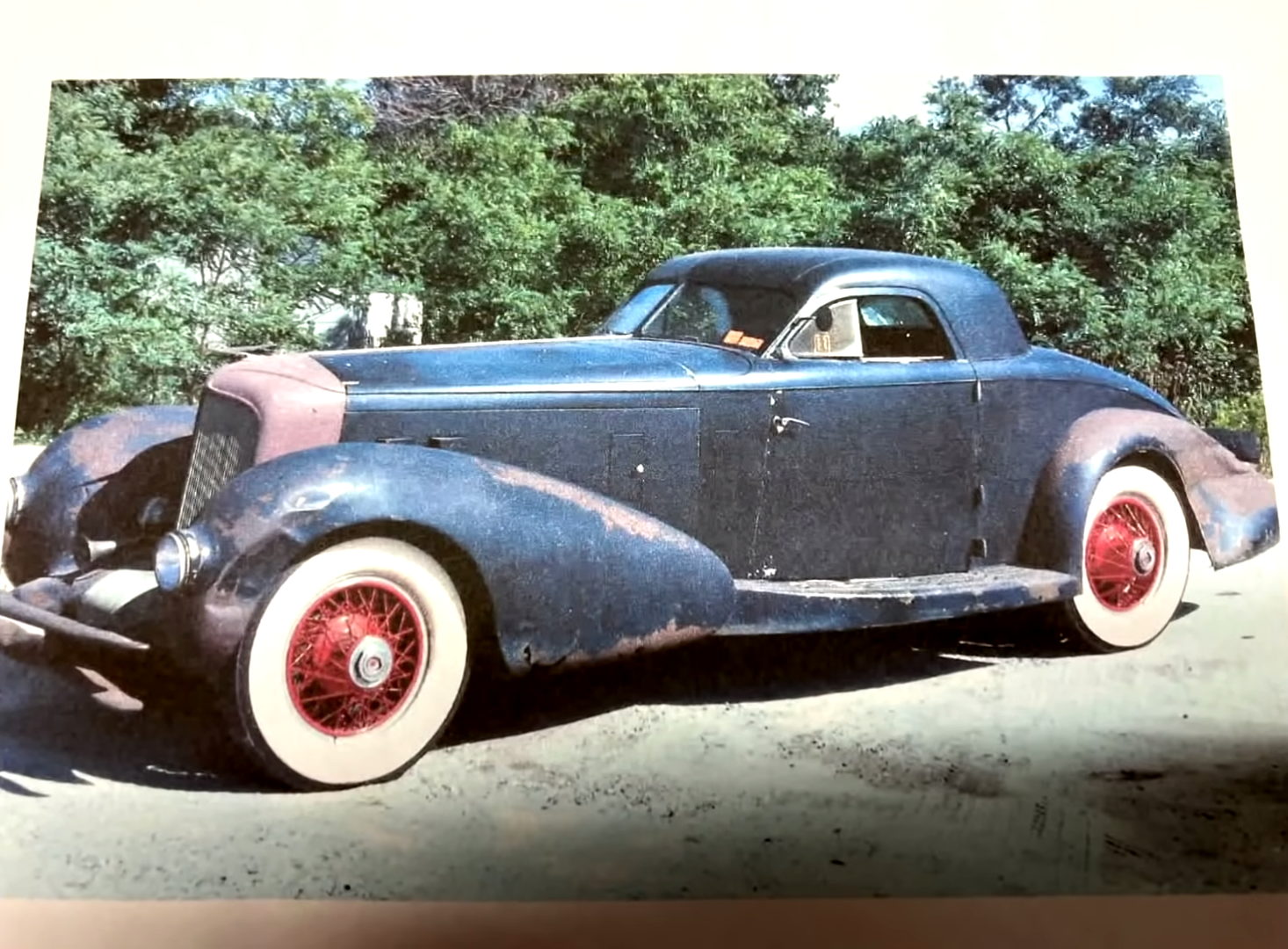 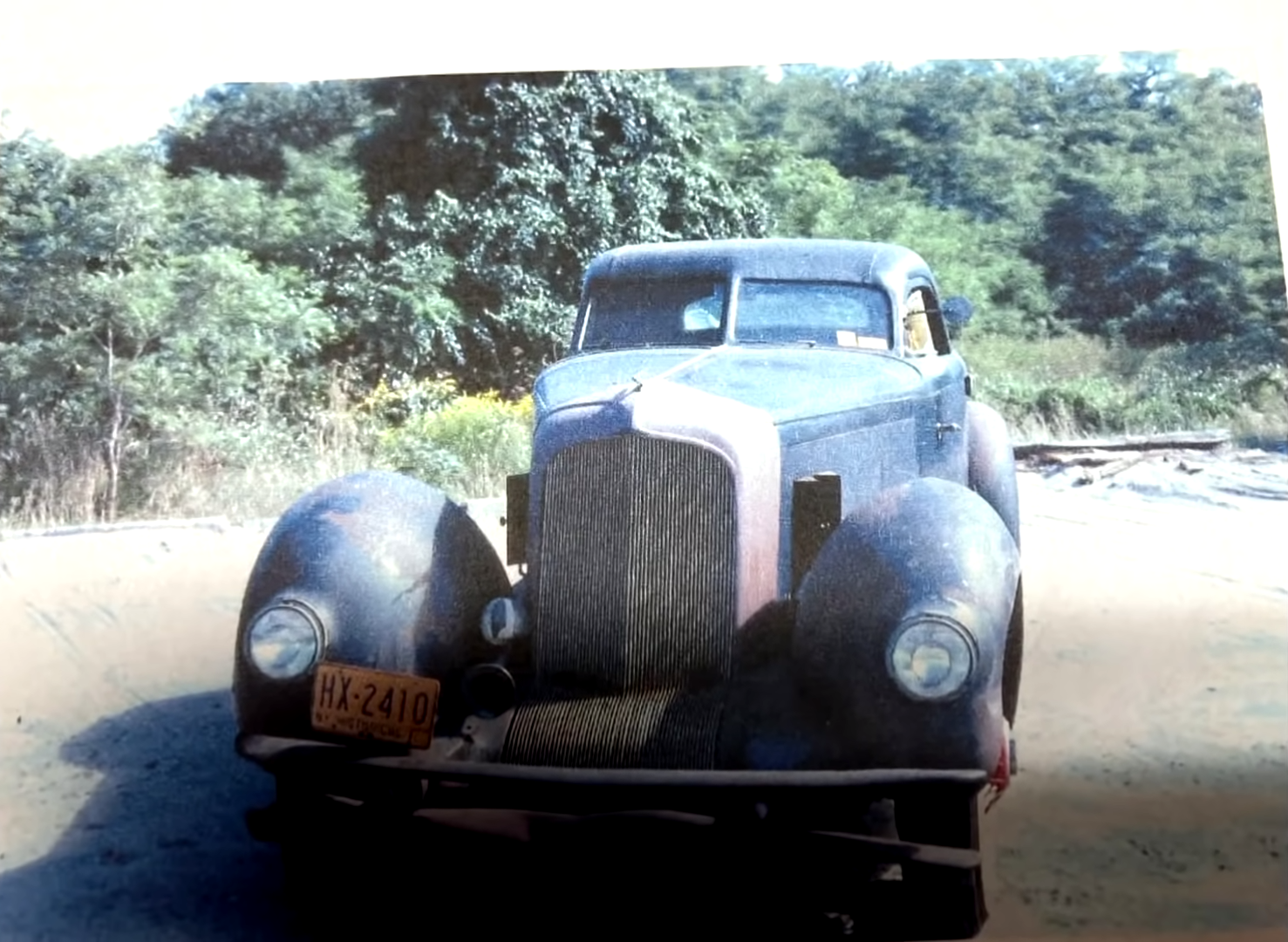 Like most Duesenbergs, Leno's most expensive one went through a fascinating journey. First landing in the ownership of a politician's Canadian mistress who used it in Europe, this one-off then went to a Long Island gas station where it was used for years as a tow truck. Parked for at least a decade, the car was then bought in 1963 by a crafty and wealthy inventor for $400, who later sold it to Leno for half a million dollars two weeks before his death. You see, after agreeing to what was clearly an outrageous sum for a wreck, Leno would have sent him a check earlier, but the old man wouldn't take it as he refused to pay the capital gains.

By the time the transaction could be finalized, Leno put another half a million into a car that technically wasn't even his so that restoration expert Randy Ema could do his magic in time for Pebble Beach. The rest is history, yet Leno would tell us that this one-off Walker Coupe is the best winter car for California. Cozy, and kept warm by a magnificent Duesenberg straight-eight.