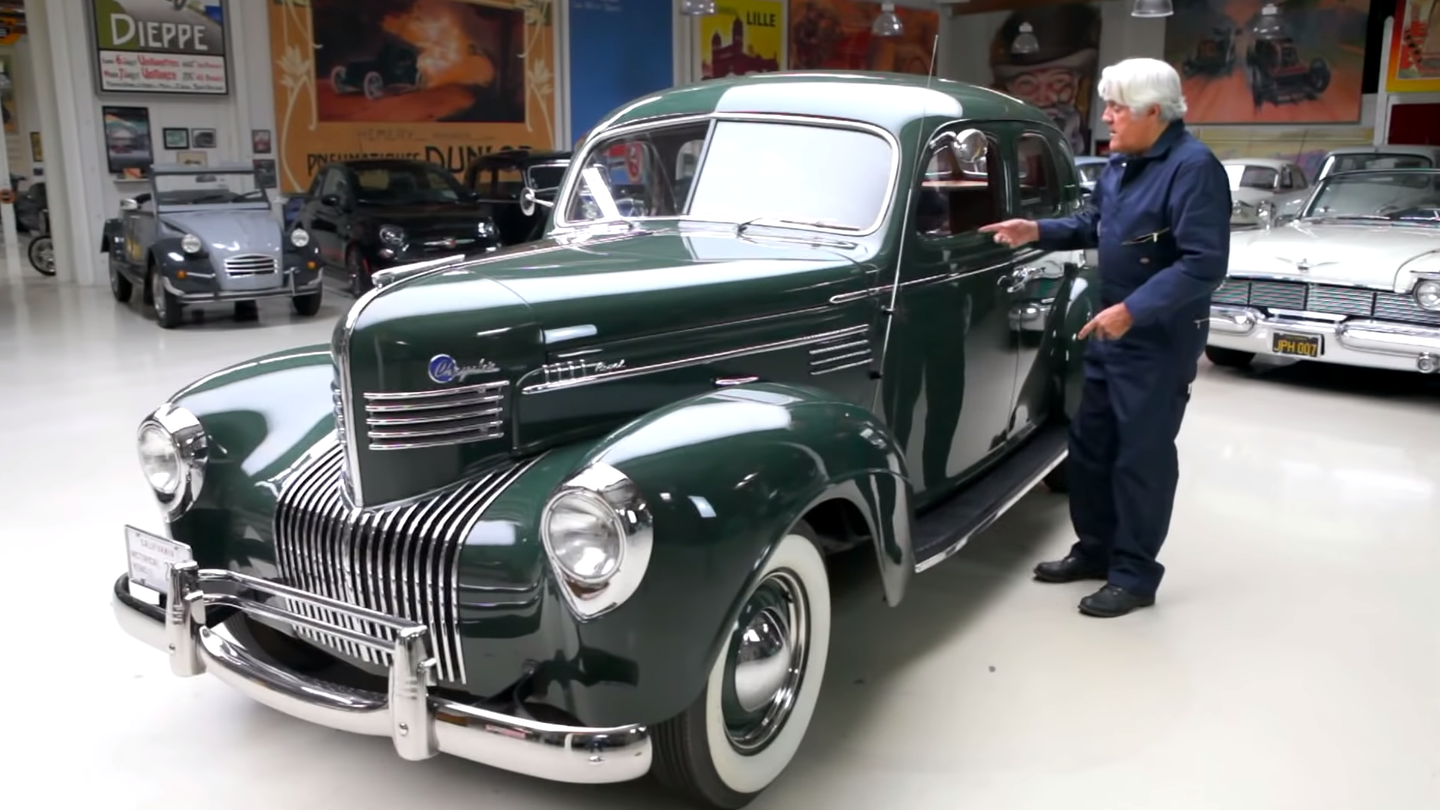 Pandemic or not, Jay Leno just keeps producing videos from the garage on his own, which as a result includes a little more footage of him walking away from tripods now, in the name of seamless continuity. This week, it was time for his 1939 Chrysler Royal four-door, which used to belong to six-time Emmy Award-winning Tonight Show host Johnny Carson, having been purchased new by his father in Nebraska. In 1982, NBC bought back the car as a gift to Carson, who then left it to Jay Leno in his will. In a nutshell, that's this particular green '39 Royal's celebrity connection, but find one with a less colorful history and you still shouldn't be disappointed.

That's because back in 1939, one could get quite a lot of car from Chrysler in exchange for a little over a thousand bucks. Over 100 horsepower from an extremely low-maintenance 4.1-liter flathead straight-six engine, three on the tree with overdrive for those long trips, all kinds of room in the cabin and trunk, suicide doors and such luxurious extras such as chrome mirrors, a radio and dual horns.

By the time Leno was ready to drive, parents often chose these pre-war Chryslers as cheap first cars for their teenagers, and after a snowfall, everybody won.

While Europe was gearing up for the war some 80 years ago, Chrysler offered not only a reliable six-cylinder powertrain and a good heater, but also what they called "Airflow styling," along with more brightwork and Art Deco touches than one would expect for the money. With bias-ply tires and drum brakes limiting speed adequately, inside, the 1939 Royal made the most of its moulded plastic instrument panel, metal trim disguised by a layer of wood grain pattern and reassuringly large steering wheel finished in ivory, of course.

Today, a Chrysler Royal still won't break the bank while being every bit of an American classic you can drive proudly for years to come. Not bad for a 1939 model.