Watch two- and four-door Broncos grind their way through the Rubicon Trail and Moab. 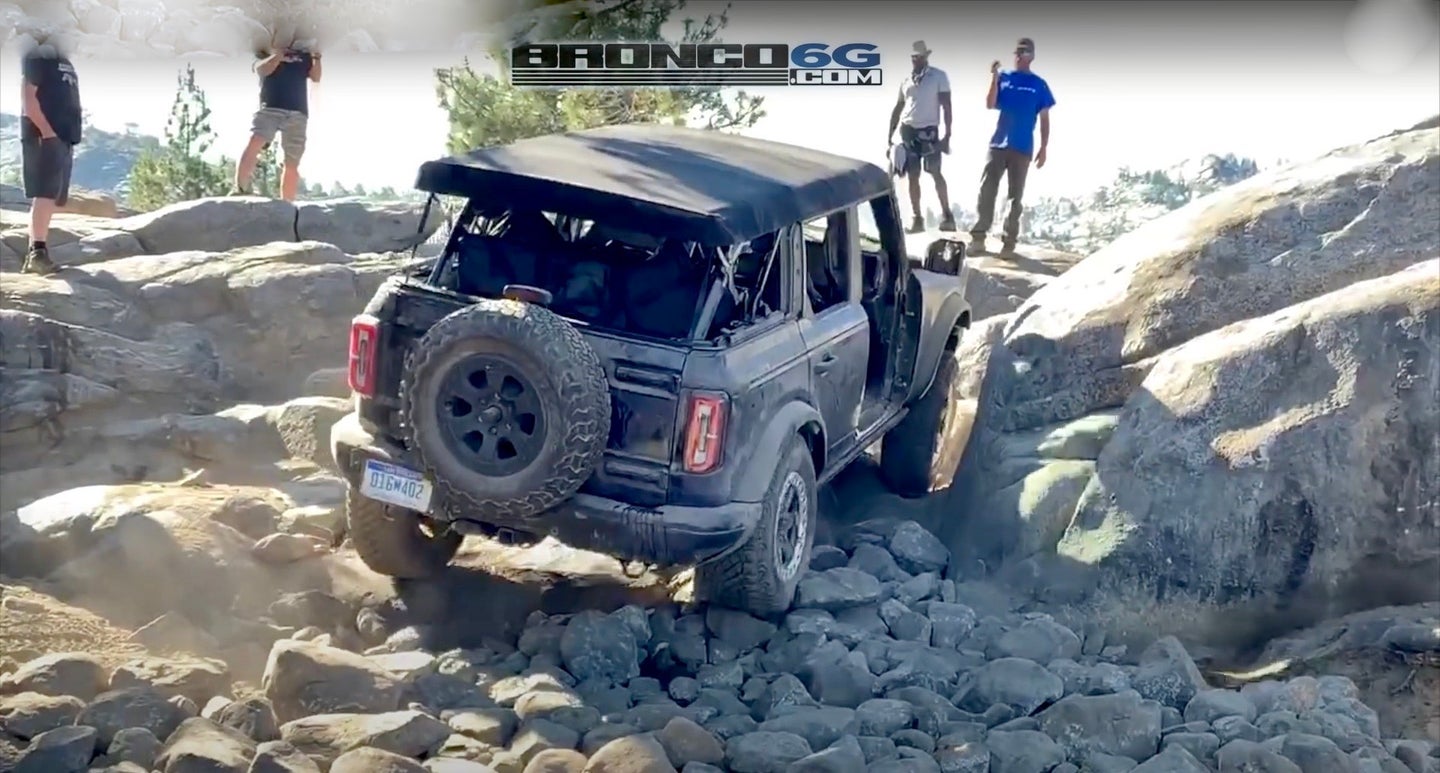 Last weekend we saw a yellow, two-door 2021 Ford Bronco stretching its legs on the dunes and garnering likes on social media. Now, we can savor new video footage of the popular SUV grinding its way through the legendary Rubicon Trail in Lake Tahoe, California.

BroncoG6 posted photos and videos of three Broncos earning fresh scratches on their Shadow Black paints while crawling over boulders. The models spotted were three Badlands variants; two four-doors sporting the 10-speed automatic and the third was a two-door model with a six-speed manual. The Badlands is one of the seven trims offered on the new Ford Bronco with a starting price of $42,000.

According to BroncoG6, there was also a four-door Bronco equipped with the Sasquatch Package, featuring Bilstein position-sensitive monotube shocks, higher clearance fender flares, and a 4.7 final drive ratio, but that unit didn't make it on the videos posted.

Some of you will have opinions on the driving, spotting, and performance shown on these clips, as you can definitely hear the Bronco's many plates earning their keep as they surf the rocks in certain spots. The front bumper on the two-door Bronco, specifically, looks like it's played spin the bottle with a few boulders already. We must note, however, that this is the exact purpose of these test mules—to take all the abuse early on so Ford can fine-tune the final product before it reaches consumers.

The Bronco Nation blog also announced that it had exclusive footage of another set of Shadow Black Bronco testing in the Moab, Utah. Based on teaser photos from Bronco Nation, the four-door Bronco is wearing the same license plate as seen at the Rubicon, meaning that these folks are hard at work (and having fun) making sure these SUVs can take all the abuse the engineers can throw at them.