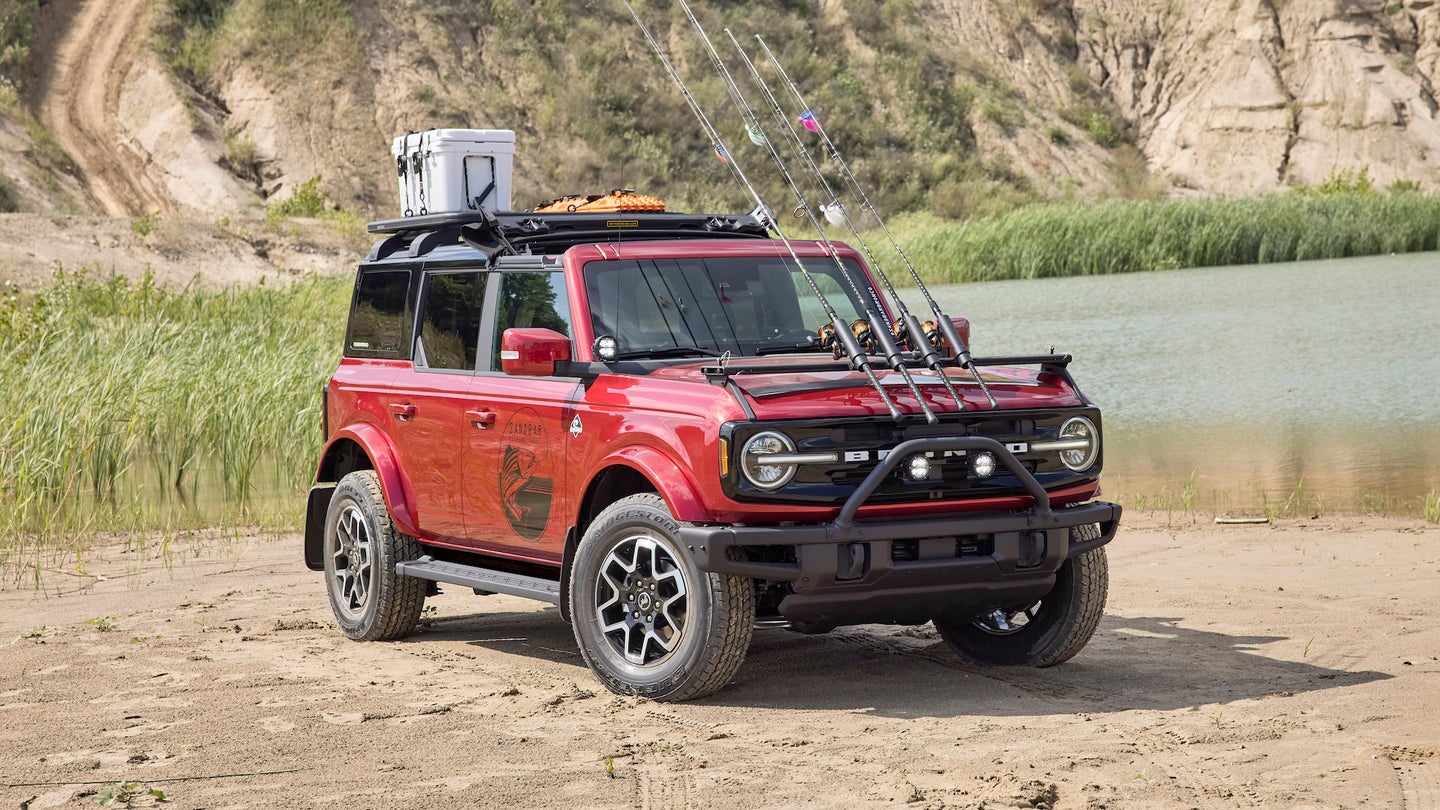 Hundreds of thousands of Americans are anxious to know what it will cost to build their ideal 2021 Ford Bronco. And, now that a Ford survey has seemingly outlined what the upcoming SUV's most popular options may cost, they can start earmarking paychecks to save up for a down payment.

Trickling out through Ford's hype machine Bronco Nation, details of the survey reportedly suggest that upsizing from the two-door to the four-door Bronco will cost a whopping $4,700 on Base trim Broncos. These extra doors could reportedly be cheaper on higher trims, however, and are said to be priced at a more affordable $2,495 on Big Bend, Black Diamond, Outer Banks, and Badlands models. Upsizing a First Edition model from two to four doors is said to cost $4,195, or, for context, $450 more than Jeep charges for the costliest leap from two-door Wrangler to a four-door Wrangler Unlimited.

On these four-door models, upgrading to a Carbonized Grey molded hardtop is said to cost $700, with an additional $1,200 netting a Shadow Black hardtop with removable glass.

Switching out the 2021 Bronco's default seven-speed, crawl ratio-equipped manual transmission for 10-speed automatic will reportedly cost $1,600 on Badlands trims and below, with the auto being the sole option for the Wildtrak and First Edition. This option reportedly is a prerequisite for trading the standard 2.3-liter EcoBoost four-cylinder for the larger, 2.7-liter twin-turbo V6, which will reportedly command a $3,500 premium.

On all trims except Wildtrak and its wildly popular limited First Edition derivative, both of which include the specialized Sasquatch off-roading package as standard gear, the setup is tipped to cost somewhere from four to five grand. Adding extra ground clearance via 35-inch tires on 17-inch, beadlock-capable wheels, and gaining Bilstein shocks and a 4.7:1 final drive, Sasquatch will more than pay for itself with ruggedness on the rough stuff.

Note, of course, that none of the prices listed here are claimed to be final; they're all allegedly pulled from a survey that's meant to probe how Bronco buyers feel about certain price points.

When we reached out to Ford, a spokesperson claimed that the pricing shown in the study is not final, but only an "equipment, package and pricing survey to 10,000 randomly selected two- and four-door Bronco reservation holders," done purely for research.