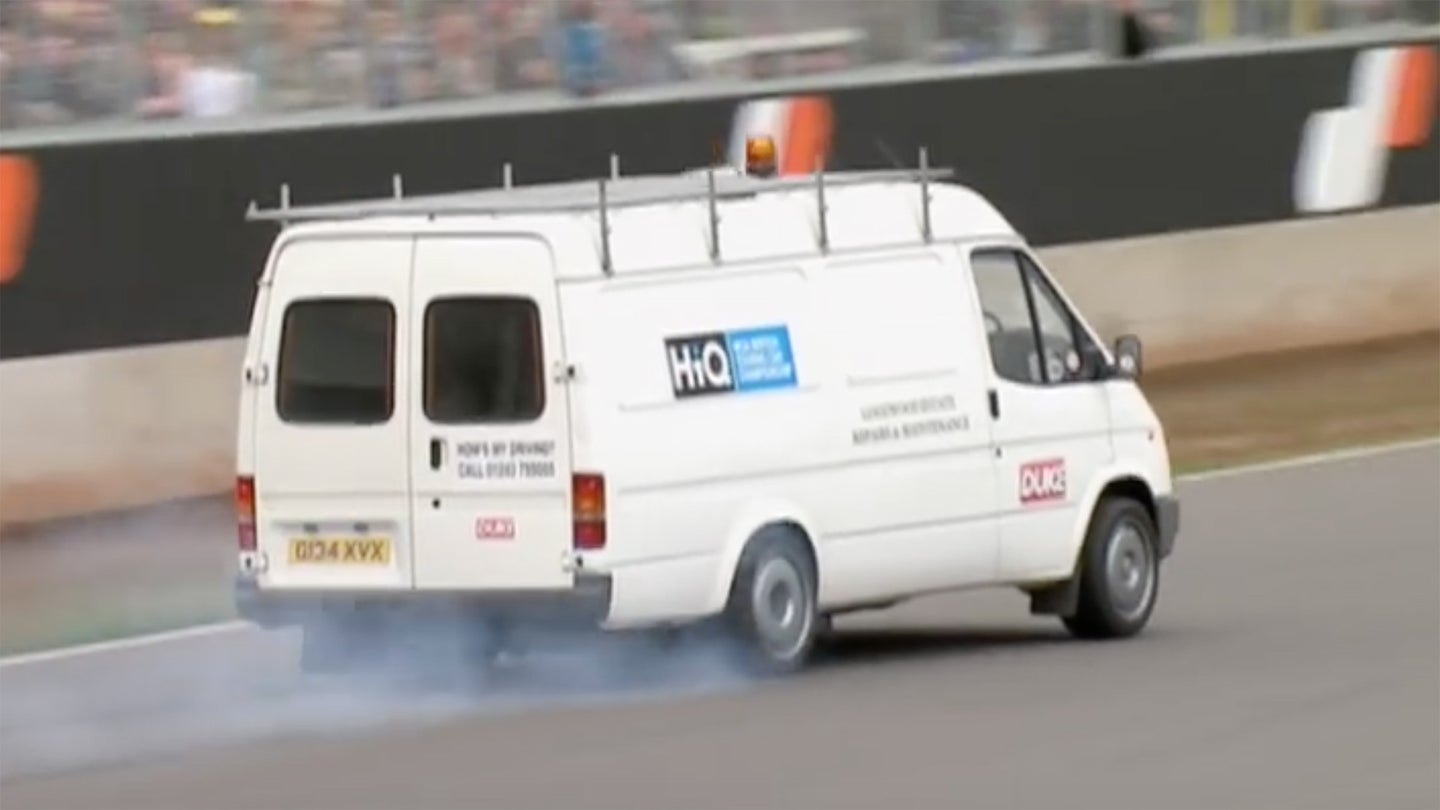 The ultimate sleeper van award goes to Don Law Racing's 1989 twin-turbo V6 Ford Transit van. Starting life as a regular work van for TWR Engine, this Ford Transit was once nothing special. But everything changed when Tom Walkinshaw decided to use the van as a test mule for developing the Jaguar XJ220.

As a cheap alternative to building a mule car, Walkinshaw decided to drop the XJ220's future engine into the 1989 Ford Transit for testing. The 3.5-liter JV6 V6 made 542 horsepower and was paired to a 5-speed manual transmission. Other than engine modifications, little was done to the van. The van then sat idle for years until Don Law Racing purchased it and did further upgrades.

Don Law Racing are XJ220 specialists and felt this purchase was right up their alley. DLR immediately upgraded the suspension, wheels and retuned the 3.5-liter JV6 V6 to 640 horsepower. With all that power, the 1989 Ford Transit was destined for the track and would soon win a place in the heart of sleeper community. According to Don Law Racing, the 1989 Ford Transit is now capable of hitting 170 mph and cruising to 60 mph in five seconds.

Wanna race? If so you may want to reconsider.

This Sleeper 911 Is Every Porsche Purist’s Nightmare

Cheers to ruffling a few feathers.