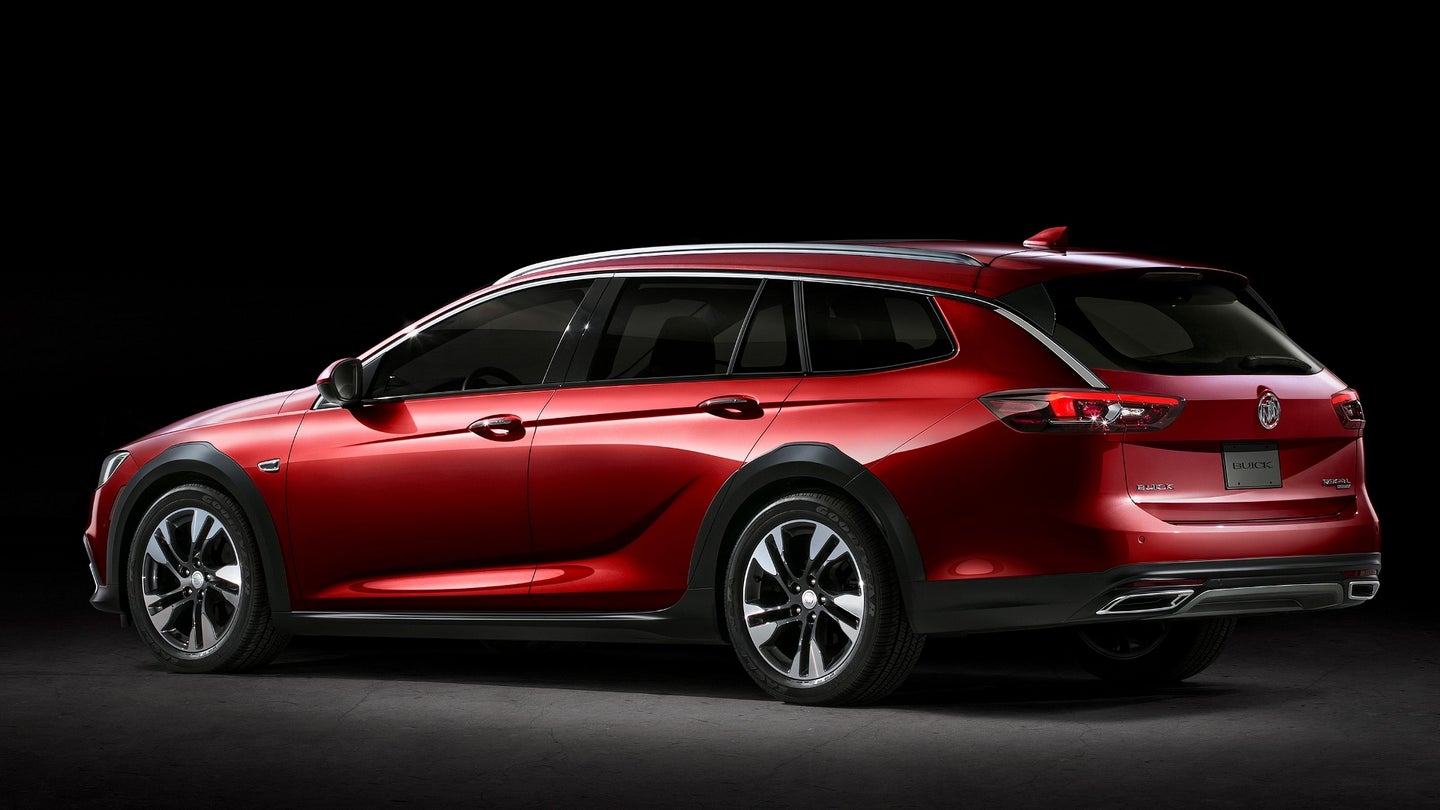 The all-new 2018 Buick Regal TourX will start at just under $30,000 according to CarsDirect. Based on the latest order guides, the base 1SV trim of the new wagon will start at $29,995 including destination. That’s a premium wagon for less than the average transaction price of a new car. So, what’s the catch?

The catch is you don’t get a whole lot in a Regal TourX 1SV. Among the standard features are 18-inch aluminum wheels, active noise cancellation, push-button start, heated mirrors, a universal garage door opener, and presumably a Buick IntelliLink infotainment system with Bluetooth. The list of amenities isn’t bad, but they don’t hold up to the more expensive competition. It’s easy to see the base trim was built to a price so Buick can advertise the Regal TourX starts at under $30,000.

The good news about the base trim is it will come standard with a 250 horsepower turbo-four and all-wheel drive. This gutsy engine is the only one available in the new Regal TourX which makes it only slightly less powerful than the outgoing Regal GS sedan. We’ve heard rumors about a new V6-powered Regal GS, but nothing is official yet and the high-performance variant would likely only come to the Sportback and not the TourX.

The mid-range Preferred 1SB trim is the TourX that will probably be the most common on dealer lots. This trim starts at $33,575 and only adds an auto-dimming mirror, a leather-wrapped steering wheel, a power driver’s seat, and sill plates. This is also where you can start upgrading to packages like the $1,240 Driver Confidence Package which adds safety tech like forward collision alert and lane departure warning. You can also get a panoramic sunroof on a 1SB for $1,200. What you can’t get on the Preferred trim, even as an option, is leather seats. This is GM’s way of getting you to spend upwards of $35,000 on a car advertised as starting at $29,995. This upselling tactic is nothing new and certainly not exclusive to GM.

Finally, there’s the Essence 1SL trim which is generously appointed starting at $35,945. This one includes leather seats, a better stereo with a bigger 8-inch screen, Apple CarPlay, Android Auto, and dual-zone climate control. You can add safety tech to the Essence trim like adaptive cruise control and automatic emergency braking. If you want a fully-loaded Regal TourX, you’ll be flirting with $40,000, but it’s still a pretty good value.

As we expected, the Buick RegalX is slotted somewhere between a Subaru Outback (starts at $25,645) and a Volvo V60 (starts at $37,145). It’s a value proposition for a premium wagon which is a bit of an underserved market. It doesn’t even touch the BMW 3-Series wagon or the Audi Allroad in terms of price. The nicest Regal TourX you can buy will still be cheaper than a base model of either of the German luxury wagons. If you’re looking for a versatile wagon that’s a little nicer and quite a bit faster than a Subaru, Buick has you covered with the Regal TourX. Expect it in showrooms later this year.