This Rad Buick Regal GS Wagon Lookalike Won’t Be Available in the U.S.

Europe and Australia get all the cool stuff. 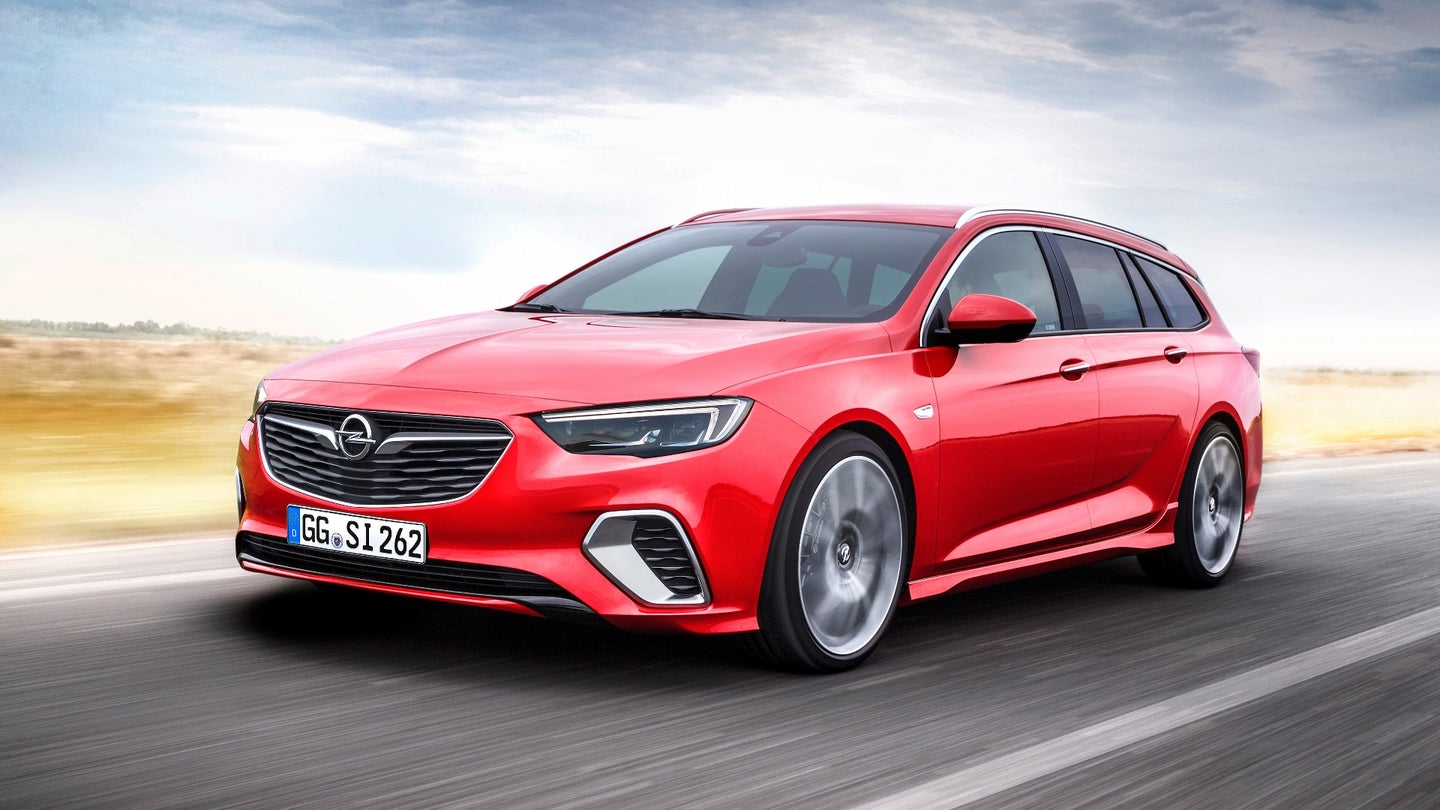 We’re quite content with the 2018 Buick Regal GS Sportback, but we’d really love to see it get a more utilitarian companion on American roads. Sadly, that won’t be the case here, because while the Europeans get the equivalent of a Buick Regal GS wagon with the Opel Insignia GSi Sports Tourer, we U.S. citizens have to do without.

To recap, Buick’s new Regal lineup in the U.S. consists of the Regal Sportback, Regal TourX, a slightly lifted wagon, and the Regal GS, a high-performance version of the Sportback. These are all shaping up to be wonderful cars that give a much-needed adrenaline shot to Buick—which, let's face it, is slowly turning into a dull crossover brand. But as good as the new cars are, that doesn’t make it less painful to see the Opel Insignia GSi wagon. It’s lower and sportier than the Regal TourX, doing away with the plastic cladding that’s supposed to make the Buick look off-roady.

While this Opel has the look of a Regal GS wagon, it has two engine options which are both different from the only engine available in our Regal GS. These are the 2.0-liter LTG turbo-four, which will be standard on the Regals in the U.S., along with a 2.0-liter BiTurbo diesel, which makes less power and more torque than the petrol engine. (Neither engine is as potent as the naturally-aspirated LGX 3.6-liter V6 found in the 2018 Buick Regal GS, which makes 310 horsepower and 271 lb-ft of torque.)

That said, the Holden Commodore VXR is confirmed to get the LGX engine available as either a Sportback or a wagon, according to Motor Authority. I guess we need to move to Australia if we want to drive the true Buick Regal GS wagon of our dreams.

It’s cheaper and more powerful than the competition from Acura and Lexus.